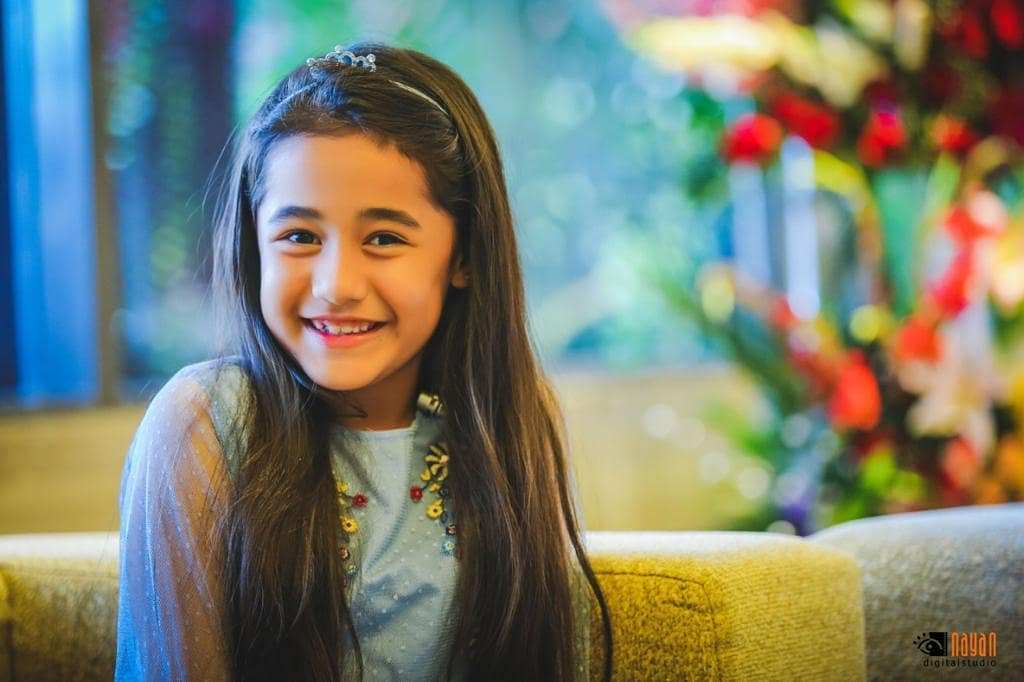 Kulfi November teasers 2019: Kulfi makes the ultimate sacrifice for Amyra while Sikander prays for their safety. Later, on his way back to the hospital, Sikander meets with an accident!

Friday 1 November 2019
Episode 276
Sikander motivates Amyra while Kulfi and her friends prepare for round two. Later, Kulfi is shocked on learning her competitor’s identity.

Episode 277
Amyra is taken aback by her competitor’s identity while Kulfi and her friends qualify for the next round. Later, Mahinder lies to Sikander about Kulfi’s well-being.

Saturday 2 November 2019
Episode 278
Amyra insults Kulfi and her friends while getting a gang of her own. Later, an agitated Guruji condemns Kulfi and her team’s behaviour.

Episode 279
Amyra locks Kulfi and her gang in the green room before the practice session. Later, Kulfi shares her concerns with Jiya after missing the technical rehersals.

Episode 281
Kulfi and Amyra are shocked by Sikander’s sudden appearance onstage. Later, Pandit insults Kulfi and her friends while the judges argue for them.

Monday 4 November 2019
Episode 282
After the performance, Guruji declares that it was a mistake to trust Kulfi and her gang. Later, Amyra is shattered to spot Sikander talking to Kulfi.

Episode 283
Amyra and Kulfi are taken aback after a shocking announcement, while Guruji decides to leave the show.

Tuesday 5 November 2019
Episode 284
The rivalry between Kulfi and Amyra grows while she asks a reformed Loveleen to get rid of Kulfi again. Later, Sikander faces a tough time with both his girls.

Episode 285
Amyra unmasks Kulfi after their performance. Later, the audience demands Kulfi’s disqualification from the competition while Sikander struggles to defend her.

Wednesday 6 November 2019
Episode 286
While Amma Ji is on her way to the set along with the police, Sikander offers help after Kulfi is disqualified from the competition. Will she take it?

Episode 287
Digging deeper into the past, Miya allows Kulfi and gang to participate. Later, she has a plan to make Sikander confess the truth.

Thursday 7 November 2019
Episode 288
While Amyra and Kulfi team up to defend Sikander, Miya leaves no stone unturned to get the truth out in the open, severely hurting Kulfi.

Episode 289
Kulfi gains consciousness while Miya plans to reveal that she is Sikander’s daughter. Later, Sikander promises Amyra that he won’t bring Kulfi back home.

Friday 8 November 2019
Episode 290
Sikander is taken aback as Kulfi is unable to sing, which also worries Miya as the viewers are eager to watch her performance.

Episode 291
Kulfi’s attempt to save Sikander brings her an unexpected reward. Later, the contestants are tensed, anticipating their final scores.

Episode 295
Kulfi and her gang are shocked to see Ammaji and Rajan at the grand finale. Later, they get upset after learning about Chitu’s mistake.

Episode 297
Kulfi and Amyra await the results while Miya’s misdeeds are exposed. Later, as the finale comes to an end, Sikander and his family are in for a serious shock.

Tuesday 12 November 2019
Episode 298
Kulfi makes the ultimate sacrifice for Amyra while Sikander prays for their safety. Later, on his way back to the hospital, Sikander meets with an accident.

Episode 299
Amyra and Kulfi are shattered to learn about Sikander’s critical condition. Later, the doctor makes some shocking disclosures which leaves his family anxious.

Episode 301
Kulfi’s suspicion grows after Sikander threatens her while Amyra gets mad at her. Later, Loveleen tries to calm a violent Sikander.

Thursday 14 November 2019
Episode 302
Mahinder tells Sikander about his relation with Kulfi while she reunites with her gang. Later, Loveleen is shocked by Sikander’s changed attitude.

Episode 303
Kulfi gets a clue about Sikander’s accident and investigates with her gang. Later, a drunk Sikander pushes a suspicious Kulfi away and pulls Loveleen closer.

Episode 305
Loveleen thinks twice before answering to Sikander’s question. Later, Kulfi sets out on a mission along with her friends.

Episode 307
Bhola pacifies an annoyed Pakhi while Nandini looks on with guilt. Later, a shocking connection between Bhola and Sikander comes to light.

Sunday 17 November 2019
Episode 308
Bhola and Pakhi trouble the landlord while Loveleen is suspicious of Sikander’s moves. Later, Sikander threatens Kulfi and asks her to practice singing.

Episode 309
Bhola dreams about Kulfi while the fake Sikander is rude to her, leaving the family shocked. Later, he gets afraid of having his identity exposed.

Monday 18 November 2019
Episode 310
Chandan makes a plan to get the family’s support while Kulfi is shocked by his changed behaviour. Later, Kulfi is in a dilemma with her friend’s suggestion.

Episode 311
Loveleen tries to explain the situation to an enraged Kulfi. Later, the fake Sikandar’s reaction during the song recording leaves Kulfi speechless.

Episode 313
Nandini is worried about Bhola while Kulfi notices Chandan hiding cash. Later, he gets furious after a suspicious Kulfi tries to expose him.

Episode 315
At the rally, Kulfi hears Sikander’s voice but fails to see him. Later, Nandini’s mother is furious at Bhola. Why?

Thursday 21 November 2019
Episode 316
A furious Chandan scolds Kulfi and misbehaves with Mahinder. Later, he makes a shocking declaration to Loveleen.

Episode 317
Loveleen takes a bold stand for Nandini while Kulfi seeks Rocket’s help. Later, Chandan takes Kulfi to sing at a party while Bhola is keen to spot her.

Friday 22 November 2019
Episode 318
Kulfi is in a dilemma after hearing Bhola’s voice during the performance. Elsewhere, Rocket lands in trouble while Loveleen hunts for clues.

Episode 319
Rocket manages to tell Kulfi his location while Chandan has an unwanted visitor. Later, Nandini stands up for Bhola as Loveleen panics.

Saturday 23 November 2019
Episode 320
Nandini helps Loveleen while Bhola is offered to sing for an album. Later, Kulfi is led towards a vital clue.

Sunday 24 November 2019
Episode 322
Loveleen is shocked by Nandini’s reply while Kulfi learns the truth about Chandan. Later, a confused Loveleen finds a clue about Sikander.

Episode 323
Kulfi and her friends trick Chandan’s men, and they disguise themselves to meet Bhola at his house. However, Pakhi recognises Kulfi and provokes Bhola against her.

Monday 25 November 2019
Episode 324
While Kulfi struggles to remind Bhola of his past, Nandini’s mother tries to mislead her. Later, a suspicious Chandan spots Kulfi near Nargis park.

Episode 325
Kulfi and her friends plan to verify some vital information about Bhola. Meanwhile, Chandan is tensed as Loveleen finds the location of his house.

Tuesday 26 November 2019
Episode 326
Chandan traps Kulfi in the house while Loveleen learns about his existence. Later, an overjoyed Bhola is unaware of the danger that lurked ahead of him.

Episode 327
Chandan scares Loveleen with a knife while Kulfi gives Rocket a hint to save Bhola from his men. Later, a worried Kulfi reveals a shocking truth to Loveleen.

Episode 329
Bhola faints after he recalls a past memory. Meanwhile, Kulfi is delighted to learn about the same.

Thursday 28 November 2019
Episode 330
Vikram insults Bhola while a helpless Kulfi looks on. Later, she sings a song and Bhola gets flashbacks, will he remember his past?

Friday 29 November 2019
Episode 332
Kulfi struggles to save Bhola when Shanti attacks him. Later, Loveleen resolves to expose Chandan while Sikander regains his memory.

Saturday 30 November 2019
Episode 334
Sikander and Kulfi’s reunion is cut short as Amyra’s life is in danger. Later, Loveleen apologises to Kulfi while Chandan is threatened.

Episode 335
Chandan is arrested after Sikander tricks him into confessing his crime. The latter then rushes to save Amyra when Chandan implements his evil plan for revenge.