If you’re itchy to know how Gangaa series on Zee World will progress in January 2019, then we’ve got you covered on tripplemonline.

In January, Gangaa will be taking a 10 years leap which is also the start of season 2, what this means is that all the child actors should have grown and will be replaced by adult casts.

A whole new course of event will unfold as Gangaa and Sagar’s relationship face conflicts, especially as Sagar doesn’t seem to reciprocate the love Gangaa feels for him…

Amma figures out that Shanta is behind all the sudden fights but Shanta finds a way of diverting Amma’s attention by telling her about Jalebi Prasad.

Madhvi and Niranjan find out thet they are expecting another baby and this upsets Sagar and Pulkit. Gangaa decides to go with Amma to her next destination, not knowing Niranjan was on his way home.

Shanta gets exposed for who she really is. Sagar suffers a heart attack trying to save Gangaa and Jalebiprasad from thugs.

Gangaa is seen taking care of everyone in the house and also patiently waiting for Sagar to return home from school.

Amma calls the priest over to try and find a girl for Pulkit to marry. Madhvi realises that even after all these years, Gangaa is still in love with Sagar.

Madhvi and Amma join hands to try and prevent Gangaa and Sagar from seeing each other because they feel that their bond will be stronger and Sagar could drift away from them.

Gangaa and Sagar join hands to try and bring Saloni and Pulkit together little did they know what trouble they were about to create for the whole family.

Jhanvi gets more and more upset as she sees how close Gangaa and Sagar are. Pulkit makes a decision that stuns everyone.

Sagar confesses that he does not love Gangaa and that he’s never thought of her as more than a friend. 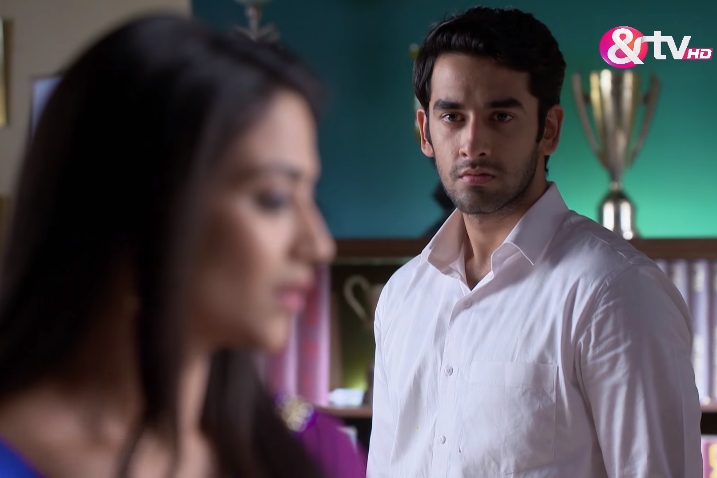 Yash clearly shows that he has unclean thoughts as he tries to take advantage of Gangaa’s innocence.  Jhanvi and Yash get a fake horoscope made that matches Sagar’s horoscope, not knowing that Gangaa would see them together.

Gangaa vows to expose Jhanvi infront of everyone. Sagar tries his utmost best to convince Supriya to give Pulkit and their marriage a chance.

Seems like a bond is starting to form between Pulkit and Supriya while Jhanvi tries her best to instigate Sagar against Gangaa.

Sad news guys! 😔 Ruhana Khanna will be temporarily leaving the show in January 2019 as Aditi Sharma will be taking her place as adult Gangaa and Vishal Vashishtha will play Sagar.