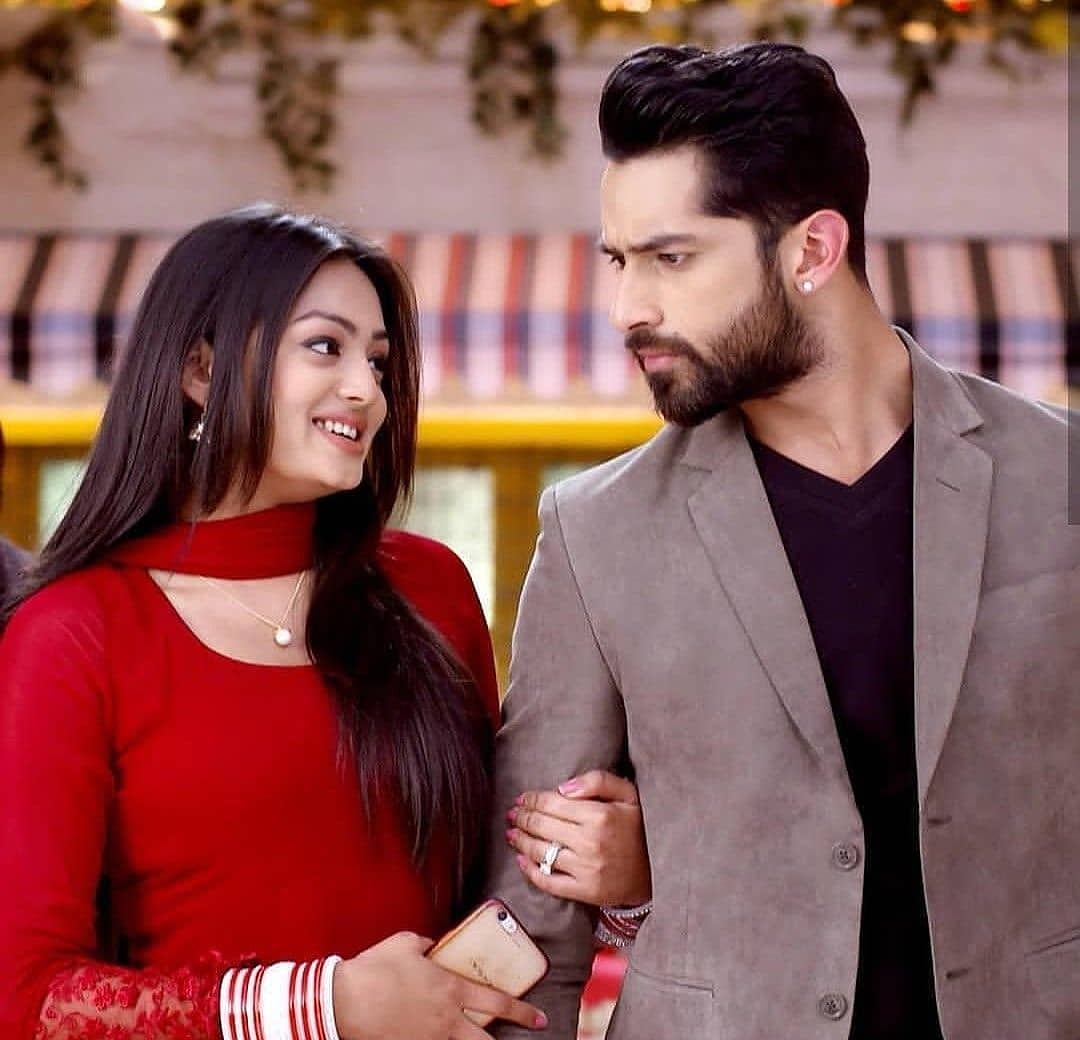 Mehek teasers July 2019, Shaurya and Mehek are able to reconcile and fight against their sworn enemies. Eddie Gabela is poisoned!

Monday 1 July 2019
Episode 44
Kanta shows her concern for Mehek and Shaurya’s marriage. Mehek finds it difficult to look past what Shaurya has done.

Tuesday 2 July 2019
Episode 45
Mehek finds it difficult to act happy in her marriage. While Kanta reveals the truth to the whole Sharma family.

Wednesday 3 July 2019
Episode 46
The Sharma’s stop at nothing to punish the Khannas for their loss. But to what extent?

Friday 5 July 2019
Episode 48
Svetlana and Shaurya’s grandma plot their master plan. Mehek takes the fall for Karuna’s worsened condition. Leleti contemplates closing down her online business after her ordeal with the fraud accusations.

Saturday 6 July 2019
Episode 49
A true betrayal unfolds in front of Shaurya’s eyes. Will he be able to bear it? Its Karan’s birthday and Sanjana goes all out to outshine Norah.

Sunday 7 July 2019
Episode 50
As Mehek juggles between taking care of Karuna and the restaurant she may have too many things on her plate. Sanjana sabotages Norah’s efforts to make things up for forgetting Karan’s birthday. Leleti signs up a new partner in order to save her online business.

Monday 8 July 2019
Episode 51
Sheetal is back to her devious ways. Mehek has to choose between her own family and her husband. Priya wants Dennis to own up to their relationship being more than just a friendship.

Tuesday 9 July 2019
Episode 52
Shaurya is not pleased that Mehek is not on his team. Ajay has other plans for Leleti’s online business cash deal.

Wednesday 10 July 2019
Episode 53
Tensions are high as the Sharmas go up against Shaurya and his restaurant, White Chillies. Shaurya goes out of his way to make Mehek jealous. Ajay worries that his partners in crime may spill the beans about who masterminded the robbery.

Thursday 11 July 2019
Episode 54
Nikita shows the Sharmas that she is on their side. The Sharmas are making good progress in the competition. The Gabela business website has been hacked and it impacts Norah and Karan’s relationship.

Friday 12 July 2019
Episode 55
Shaurya can’t accept defeat. How will his impulse to win affect his relationship with Mehek? Dennis tries to get to the bottom of who had his mother’s website hacked and Mr Khanna is in the way.

Saturday 13 July 2019
Episode 56
Mohit is certain that he has made the right decision, although this affects his family badly. Shaurya is focused on coming out on top and nothing else. Karan tries to leave the Gabela home and they will not hear it.

Sunday 14 July 2019
Episode 57
In a fit of rage Jeevan gives Mohit what he wants, however this devastates the family.Norah’s jealousy gets the better of her when Karan starts working with Leleti. Ajay makes the next move on the future of the Gabela family.

Monday 15 July 2019
Episode 58
The Sharma’s are at the mercy of Sheetal and they are not even aware. Mehek has lost respect for Shaurya. Sonal and Nehal join the Gabela on line business to help out Norah.

Tuesday 16 July 2019
Episode 59
Nikita plots against Shaurya and Mehek. Norah’s jealousy gets in the way of her relationship with Karan.

Wednesday 17 July 2019
Episode 60
Sheetal uses Mohit to get back at the Sharma’s. Shaurya and Mehek rekindle their love. Norah discoveres Sonal is pregnant.

Thursday 18 July 2019
Episode 61
Nikita wants revenge and no one will stop her. Shaurya’s blind trust in people has put his business at risk. Eddie has bad news about the Gabela businesses in Africa.

Friday 19 July 2019
Episode 62
Mehek is backed up in a corner as she has to save her uncle Jeevan. Shaurya is not impressed with Mehek’s decision making. Ajay’s working on bringing down the Gabelas and its not working

Saturday 20 July 2019
Episode 63
Everyone blames Mehek for the situation the Khanna family has found themselves in. The Sharma’s lend out a helping hand.

Sunday 21 July 2019
Episode 64
Sheetal fights for Sonal’s reputation as Pammi and Ajay allow things to get out of hand.Eddie’s life is in danger as the doctors struggle to diagnose him.

Monday 22 July 2019
Episode 65
Shaurya and Mehek stand up to Ajay and Rohit. Eddie’s condition deteriorates and the family struggles to comfort him.

Tuesday 23 July 2019
Episode 66
There is a ray of hope for the Sharma’s and Khanna’s. Leleti and Norah will do anything to keep Eddie alive after being poisoned.

Wednesday 24 July 2019
Episode 67
Nikita and Ajay place obstacles to hinder Mehek and Shaurya. Will they deliver the food in time? Eddie is recovering and Seema has a whole lot to do with that.

Thursday 25 July 2019
Episode 68
Mehek and Shaurya save an inoccent mans life. Once again Nikita’s plan has backfired on her. Eddie is at home recovering with Leleti by his side.

Friday 26 July 2019
Episode 69
Mohit is in tourble and happens to be Shaurya and Mehek’s only way out.Seema struggles to get money out of Ajay and his mother.

Monday 29 July 2019
Episode 72
Karuna blames Mehek for Shaurya’s disappearance. Swetlana is back with a vengence. Leleti will do anything to keep her online business afloat and Dennis introduces Priya to his family for the first time.

Tuesday 30 July 2019
Episode 73
It’s a fight to the death for the Khanna Property documents and Mehek is not giving up this time. Seema tries to help the Gabela family raise funds for their online business.

Wednesday 31 July 2019
Episode 74
Shaurya and Mehek fight for their lives, will Mr Karuna save them in time? Karan works on trying to get to the bottom of Eddie’s poisoning.