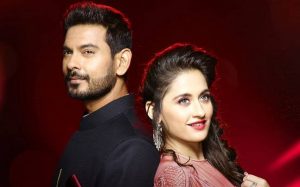 Waiting for Love is among the four series introduced August on the new Bollywood entertainment channel, Starlife TV. The series which is translated ‘Love Ka Hai Intezaar’ is an Indian television romantic drama series, produced by Siddharth Malhotra.

It began airing in 2017 and was recently introduced to the Africa audience August 27th 2018. It currently has only one season with 120 episodes. The series is rebroadcasting on starlife and replacing Unusual tale this month September.

Plot, Summary and Synopsis of the show:

Kamini Mathur (played by Sanjeeda Sheikh) is a talented actress who is at the peak of her career. For the world, she is a Bollywood diva but in her personal life she is a simple and down to earth girl.

Born to an IAS officer father and artist mother, Kamini has her middle-class values firmly in place. She is hard working but uncompromising towards her values and talent, she struggles to find true love amidst men who are lured only by her fame and beauty. But her search ends when Madhav enters her life.

Maharaja Madhav Singh is a righteous, down to earth, simple man. He is an ideal king and son who fulfills his duties to the letter. As the Maharaja of Rajgarh, Madhav is constantly surrounded by luxuries but yet appreciates the small things in life. He has a penchant for art and is a romantic by heart who is looking for a soulmate who would love him for his values and not for his royal status.

Kamini and Madhav meet and soon fall passionately in love with each other. But soon it is revealed that Madhav is already married to Rani Vijayalakshmi and has a three-year old daughter named Madhavi. At the same time, a broken Kamini finds out that she’s already pregnant with his child.

There relationship break apart but Kamini is determined to keep the pregnancy notwithstanding. Her father then suggests that the family move to Canada for some time so Kamini can give birth to the child who will be introduced as her sibling to the world. This is in other to keep the family reputation intact. 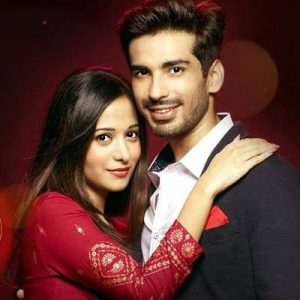 After that, a 20 years leap occur.

20 years later, Kamini is back from Canada, she now lives in her old house in Mumbai with her now widowed mother, and her daughter Mohini (played by Preetika Rao) who thinks Kamini is her older sister.

The family is not as wealthy as before, Kamini too has retired completely from public life and so surviving becomes a struggle. Mohini decides to place an ad for a tenant to make ends meet. Ayaan (played by Mohit Sehgal) is the tenant and he comes to live with the family.

The story will then see a love triangle between half-sisters Mohini and Madhavi (played by Heena Parmar) who are both in love with Ayaan.

Waiting for Love has two parralel plot/leads, one focusing on the love story between Kamini and Madhav and the other a love triangle between their daughters and a new man: Mohini, Madhavi, and Ayaan.

See the main casts of the show and their pictures:

There are other casts of the show, but these are the main casts that will thrill you for as long as the series last.