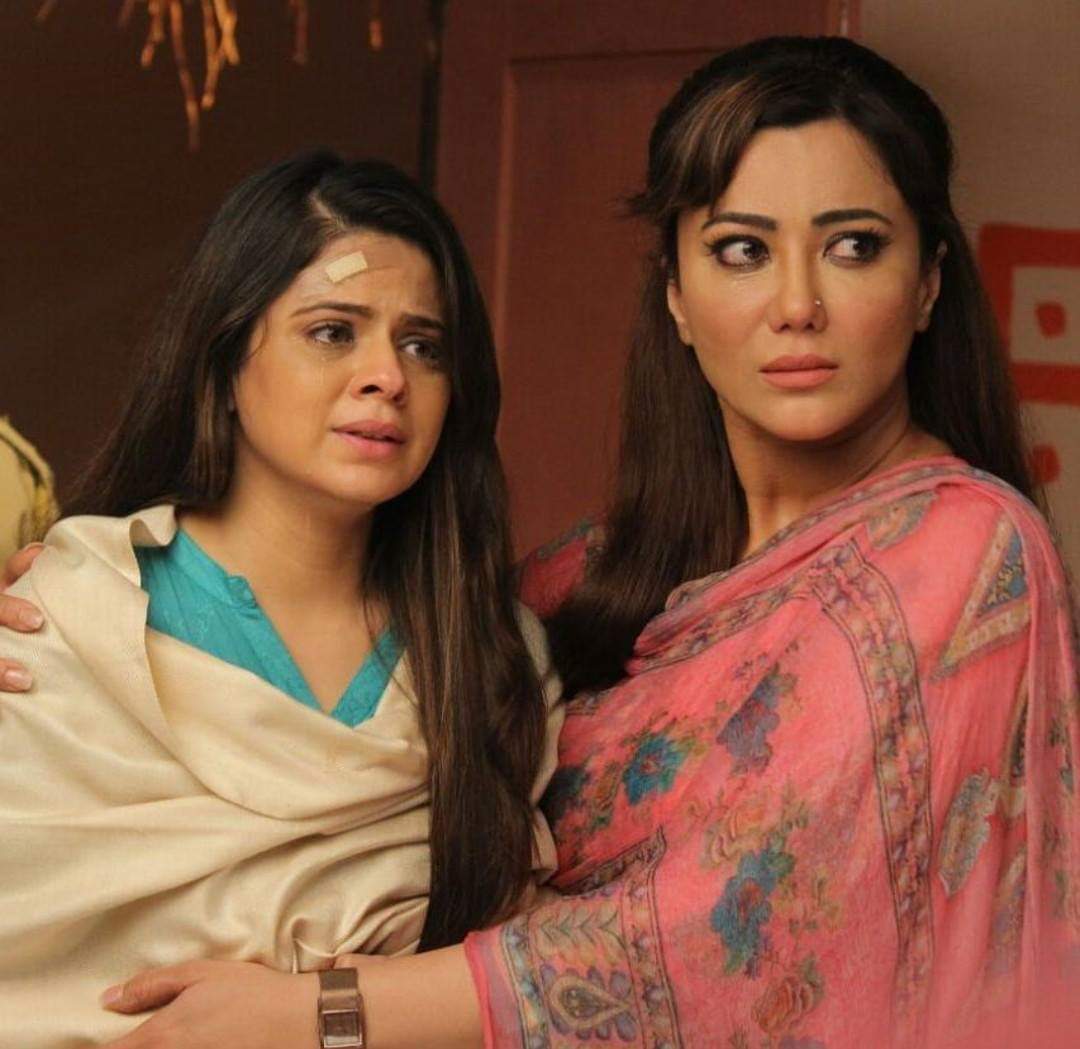 As we draw closer to the end of the season two of Gangaa this April, there will be an introduction of a new and exciting twist in the upcoming episodes. While the current track is focused on misunderstands growing between Ganga and Sagar, it will soon be seen that the focus will shift to Niranjan and his past life.

Niranjan and Sagar are present in Ganga’s college as board members as they have to decide whether to keep Ganga in the college or not because of her pregnancy. While Sagar convinces all board members to vote in favour of Ganga, Niranjan is the only one who votes against her as he cannot forgive her for betraying Sagar.

While Niranjan leaves from Ganga’s college he sees Rahat and gets a big shock. This is the beginning of a new story as Niranjan and Rahat share a past romantic history. Niranjan will recall his past days when he loved taking photographs and Rahat was his model.

Niranjan remembers his and Rahat’s love affair and also removes her picture which he has kept in his wallet since so many years. Another major twist takes place as it gets revealed that Rahat has a daughter Zoya, who is happily married and settled.

Rahat’s daughter calls her mother and tells her that she will come to her house to meet her. Rahat is excited to hear this news and shares her happiness with Ganga and the other women. Ganga asks Rahat about her husband and Rahat is speechless.

However, Zoya doesn’t get home to Rahaat on-time and she is worried. She and Gangaa goes to look for her. Raahat then faces a sudden tragedy when her daughter returns home in a bartered condition and reveals that she has been raped and her husband Akhtar killed.

Rahat, Ganga and the rest of their house members are shocked to hear this tragic news. Ganga coaxes Zoya to file a complaint in the police station so that the culprit is caught and punished. With the help of Ganga, Zoya and Rahat reach the police station and complain about the rape and murder charges. The police asks for the description of the culprit but Zoya is not in a state of mind to describe him.

A shocking twist takes place as Rudra is seen with a wound on his body. Rudra tries to hide the wound from the chateurvedi  family and also asks Ragini not to mention about it to anyone. Rudra has so far been a positive character on the show and he also helped to reveal Prabha’s evil face to the Chaturvedi family.

However, Ganga will get a big shock as Zoya will help to make the culprit’s sketch and he will turn out to be none other than Rudra. Ganga will reach Chaturvedi house and will blame Rudra for killing Zoya’s husband and raping her. The Chaturvedi family will not believe Ganga and Zoya’s words and a court case will start off. Ganga will turn into Zoya’s lawyer.

Sagar’s family strongly stands by Rudra being sure of his innocence. Niranjan reaches Ganga’s house to confront her for Rudra’s case but he gets shocked upon finding Rahat in Ganga’s house.

Both Niranjan and Rahat remember the past days of the affair when they were deeply in love with each other. Niranjan accuses Rahat for betraying him and Rahaat also accuses Niranjan for leaving her when she needed him the most. Later, Niranjan comes to know that Rahat’s daughter Zoya is the one who has accused Rudra for raping her.

Niranjan calls Zoya a liar and blames Rahat for her upbringing. However, Rahat hides the biggest truth from Niranjan that Zoya is his daughter. It will now be revealed that Rahat had got pregnant with Niranjan’s baby and later Niranjan left to go abroad. Rahat wrote many letters to Niranjan but Amma made sure that Niranjan never got the letters and she burnt them.

Sagar initially signs up as Rudra’s lawyer but later backs out from the case because of Ganga. However, Ganga and Rahat face a big jolt when they see that Niranjan is the judge appointed for the case. Rudra’s lawyer produces a major evidence in court which proves that Rudra is innocent and he is not responsible for raping Zoya or killing her husband.

Ganga’s case suffers a major setback and she is not able to gather enough evidence to prove Rudra guilty. Ganga will lose the case and Rudra will be proven innocent. Raahat will be completely distressed as Zoya will not get justice at the hands of her own father.

Rahat and Ganga reach Chaturvedi house and accuse Niranjan for giving a wrong decision against his own daughter. Rahat reveals the truth in front of everyone that Zoya is Niranjan’s daughter. She also informs Niranjan that Amma knew the truth about his illegitimate daughter but hide it from him. Niranjan refuses to believe it and Amma too refuses to accept the accusations against her. Rahat is hurt and distressed ad Niranjan does not accept Zoya as his daughter.

Rahat is however not aware that her daughter Zoya is actually an evil person who has trapped Rudra. Zoya’s truth gets revealed as she is in love with Rudra but Rudra rejected her. It also gets revealed that Zoya is the one who killed her husband and falsely accused Rudra of rape. Zoya wants Rudra to accept her and marry her or else she will go against him in high court.

Rudra is not ready to bow down to Zoya’s demands and had been taking a video record of their conversation. Ganga will however blindly support Zoya and will go against Rudra and the Chaturvedi family in high court. Rudra shows Sagar the evidence against Zoya where she is threatening him. Sagar will decide to inform Ganga about Zoya’s truth before she files the case in high court but Gangaa has refused to talk with him so she doesn’t hear the truth or know that she’s supporting the wrong person.

Rahat also thinks that her daughter has been wronged by Rudra and blames Niranjan for doing injustice against his daughter by announcing Rudra innocent in court.

A dramatic twist will take place and this will bring an end to Rahat’s character as her own daughter (Zoya ) kills her. When she comes to learn of the true colour of her daughter, she would try to obtain the phone with the implicating video but accidentally she will fall to her death. Rudra will be recaptured and blamed for Zoya’s kidnap as well as Rahaat murder.

Niranja will decide to adopt Zoya so she doesn’t become an orphan, his family are against this decision, so is Madhavi who feels betrayed after seeing a diary of Niranja where he wrote letters continuously to Rahaat despite being married to her.

Gangaa too supports Niranja in his quest to adopt Zoya and refuses to believe Sagar. Sagar will finally decide to leave the country with his mother for good to avoid all the pain at home.