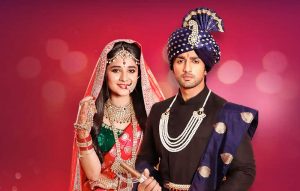 Guddan Zee world: Guddan Gupta, a kind young woman in Indore, marries billionaire chef Akshat Jindal to save her step-sister’s life. Guddan’s mother died when she was young; she was raised by her father, Bhushan Gupta, and stepmother Kaushlya Gupta, who dislikes her. Guddan feels guilty for being unable to save her birth mother. Her stepmother criticizes her, Guddan’s support system is Bhushan and her step-sister, Revati Gupta.

Widower Akshat Jindal lost his first wife, Antara, in a traumatic accident which drove him into a world of his own. An unemotional, no-nonsense person, he is a father figure to his three nephews (the children of his elder brother, Avinash Jindal) and their wives. They love and fear him.

Guddan marries Akshat; although she annoys him, he protects and supports her. She slowly develops self-confidence, and he begins to feel emotions he does not understand. Early in their marriage, Akshat thought that Guddan married him for his money; later, he begins to appreciate her innocence and kindness. During their wedding reception, he learns that Kaushlya deceitfully arranged their marriage. After realizing that he had misunderstood Guddan, Akshat begins to trust her and appreciates her care for his mother. 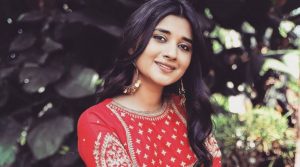 Police officer Vikram Rawat, Antara’s elder brother, forced Guddan to stay with Akshat to collect evidence that Akshat killed Antara. Although Guddan hides her knowledge about Vikram’s intentions from Akshat and the rest of the family, she defends Akshat when Vikram arrests him. Akshat learns that Guddan was staying at his house to gather evidence against him, and breaks her mangala sutra.

Akshat’s younger brother, Angad Jindal, is mentally ill and was believed to be partially responsible for Antara’s death. Akshat hides Angad from the police, and is annoyed when Guddan brings Angad back to Akshat’s house.

The entire Jindal family celebrates Holi in Goa, Akshat tries to replace Guddan’s mangala sutra; however, she wants him to do so when he accepts her with his heart and not from social pressure. After Angad stabs Akshat, Akshat accepts Guddan wholeheartedly as his wife.

Antara, thought to be dead, reappears and tries to destroy Akshat and Guddan’s relationship; Guddan’s faith in him is shaken. Angad is killed by Antara’s henchmen. On Akshat and Guddan’s honeymoon (arranged by Angad), AJ shoots her and she falls from a cliff.

When AJ sees Guddan, he is shocked. Revati has married Inspector Parv Singh. Guddan asks AJ why he shot her. He says that he wanted to keep her from learning about Revati’s hatred of her, which Guddan knows was fueled by Antara. Guddan confronts Revati, who wants to destroy Akshan’s (Guddan and Akshat’s) happiness.

Alisha (Akshat and Antara’s daughter) appears at the Jindal house during a pooja. A devastated Guddan leaves Akshat, although they still love each other. She begins a relationship with AJ, and believes that she is pregnant with their child. Antara tries to kill her, and is arrested. When AJ thinks that Guddan has aborted the baby because he is working with Antara, he marries Antara in revenge.

Four years later, Guddan is a successful actress in Mumbai. In Indore, Akshat has become an impoverished alcoholic; Antara runs the house. Guddan comes to Indore to promote her film, and she and Akshat meet again. Akshat and guddan meet several times leading them to clear their misunderstandings. They reunite and consummate their marriage whereas Durga is revealed to be a pregnant. The family enjoys good time; Guddan gives birth to a baby girl, they name her as Choti Guddan. Then arrives Avinash and Ganga; Akshat’s elder brother and his wife whom Dadi refuses to forgive initially. But Guddan makes Dadi forgive them. Avinash and Ganga pretend to be nice in the beginning but soon show their true colors they kidnap choti guddan. Akshat and guddan rescue their baby but they lose their life.

Choti guddan is all grown up and looks just like badi guddan she runs akshat restaurant. Agastya joins guddan as her manager and steals her restaurant for his mother, Pushpa. later it is revealed that he is chikoo.