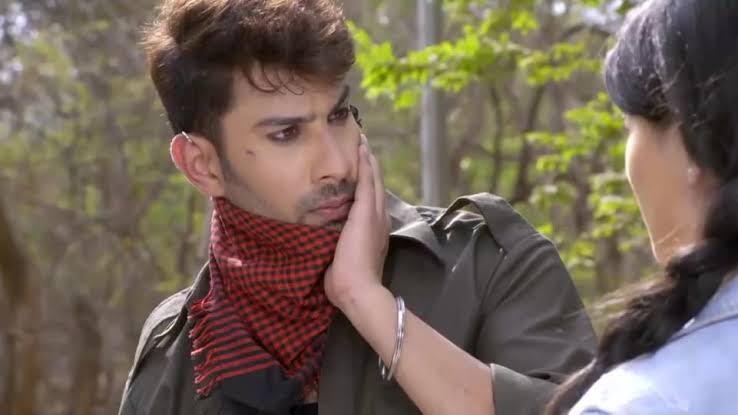 The Arrival Of the Angraj will cause a dangerous tension between Pooja and the entire Vyas family.  Angraj make his entry this Thursday, Pooja will be shocked knowing He is really Harish and Supriya’s real son.

Angraj is Pooja’s lover from the past, who goes obsessed with her since school days. Angraj trap both Anuj and Naren. And Anuj in a bit to save and protect his lovely sister (pooja) from Angraj, will get into a situation, and shot Angraj who fall into the water. Naren shot Anuj to death leaving pooja alone. this create dangerous tension between him and pooja so much that pooja gets him arrested for her brothers death.

Supriya in anger blame pooja for killing Angraj and also blames pooja and her family for hiding Angraj dead body. Naren will go as far as insulting his relationship with pooja and snatched her families right of performing Anuj’s dead body.

Soon Pooja will get to know that Angraj is alive and wears a bullet proov to save himself from Anuj’s bullet. She tries to warn Naren but he is foolish enough to fall into Angraj and Rahul trap. Angraj kidnaps takes over Naren identity. He also enters theathe vyas mansion pretending to be Naren.

Pooja recognizes it is not Naren when she touches him  but she decides to play along even though Angraj  seems 10 steps ahead, with the help of Surbhi, rahul and Neelima, they plot  Naren and Pooja’s downfall.

Naren will be forced by Angraj, Swetlana, Rahul and Surbhi into getting married to Mehek while Shaurya is on the look out for Mehek and finally he catches Surbhi and threatens to reveal their location while Swetlana and Rahul run for their life. Mehek and Pooja play along and finally get to inject Angraj while Shaurya reaches the scene.