After the tragic ending to the woman of steel Sara Aguilar Bermúdez (played by Blanca Soto) in season two, the announcement from the producers that the show has been renewed for a third season had fans wondering if Sara would miraculously be raised from the dead. But instead Season 3 came on with a new woman of steel – Vicenta, the illegitimate daughter of Narco Vicente Acero.

Vicenta played by Carolina Miranda, is a successful coyote who helps Mexican immigrants to cross the border into America; because of her kindness, resilience and doggedness in carrying out her duty and ensuring the safety of the immigrants, she is loved and patronized by all to the detriment of other coyotes who become her sworn enemies. 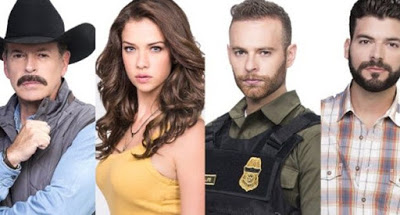 Soon, she learns that she is the daughter of Vicente Acero and has a step brother in Salvador (Michel Duval). And so, with the Acero name comes fame, power, fortune and inherited enemies. Vicenta is therefore surrounded  by her enemies (Homeland Security officials, especially Daniel Phillips (Luis Ernesto Franco) and Chucho Casares (Sergio Goyri) the father of her love interests and killer of her mother and sister); and the Acero enemies).

With her brother Salvador, she takes over the running of the Acero dynasty, from where she works to protect and defend the immigrants and down trodden of the society and fight the agelong battle associated with the Woman of steel.

The season premiered on Telemundo Africa on Monday 26 March 2018. This is the March and April teasers as culled from here  and here enjoy!

Vicenta Acero is helping a group of immigrants cross the border, when the Tijuana cartel shows up and ruins her plans.

Tuesday 27 March 2018
Vicenta manages to cross the border. Meanwhile, Tuti gets an unexpected visit from Jaime, who tells her he will change her life forever.

Vicenta, at her aunt Cruz’s house, is being stalked by Chucho and his men. Tuti arrives at Carlos Delgado’s mansion.

Abelardo leaves Chucho’s ranch to find Vicenta. Aracely faces the news that her daughter needs an urgent transplant to save her life.

Vicenta is interrogated by Daniel, and then transferred to a cell where Aida is detained. Aracely discovers she is not compatible for the transplant. 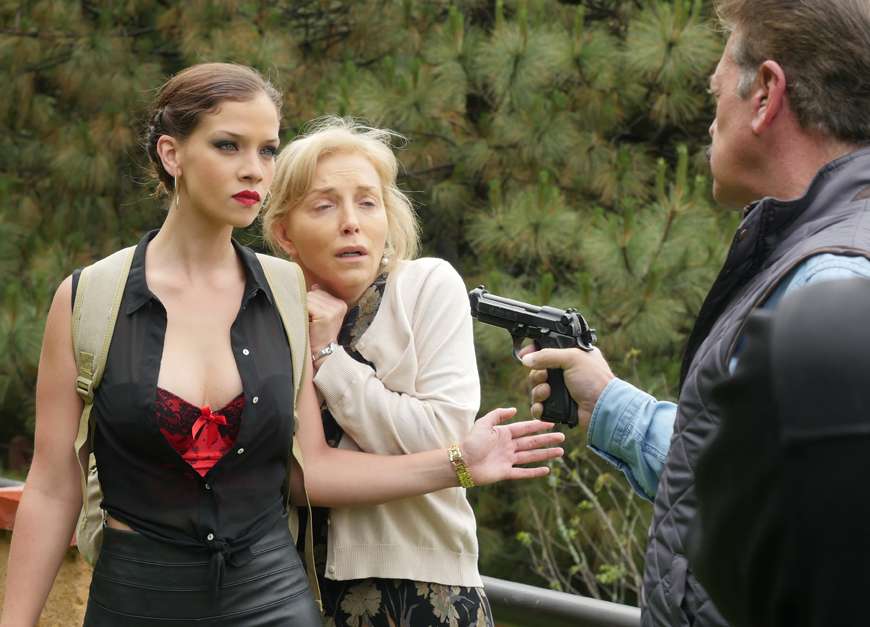 Tuti and Carlos Delgado get married. When Pepito arrives, Tuti introduces him as a childhood friend. Aracely learns that Mario Casas is alive.

Chucho attempts to lessen the importance of Vicenta’s confession. The Aceros are in shock at the possibility that Salvador has a sister.

Chucho visits the Acero ranch to meet with his daughter. Chavela gives Salvador the information he needs to find his sister.

Luis helps Vicenta, Abelardo and Juan Pablo in their escape. When Pedro leaves, Larry discovers that they have been tricked and there is no money.

Vicenta and her group escape on foot through the desert, followed by Indio’s men. Manuel and Tuti reunite after many years.

Doriga and Aracely decide to leave for New York immediately, without telling anyone. Bechoncho is taken to be interrogated at the ICE offices.

Vicenta is upset with Manuel’s presence at the motel, but Abelardo convinces her they can trust him. Doriga and Aracely’s plane lands back in Mexico.

The operation to get inside Indio’s ranch continues. Daniel discovers Bechoncho dead in his cell, and orders a full-blown investigation.

Manuel and Salvador help to rescue the children they found locked in the basement. Debora tells Gallo that she is expecting his baby.

Salvador takes Manuel to hospital. Meanwhile, Pepito questions Mario, and Vicenta and the other migrants arrive at Acero’s ranch.

When Tuti and Doriga learn of Manuel’s death, they suspect that Indio had something to do with it. Larry prepares an operation to capture Vicenta.

The Colombian meets his fate when he is eliminated by his worst enemy.

The Colombian’s friends say their final goodbyes and promise to avenge his death.

Edelmira leaves behind a recording in which she confesses the truth behind Chucho and Indio Amaro’s relationship, as well as the truth about Abelardo.

The drug lord tortures the gringo in hopes that he reveals the location of the Acero siblings.

The attack at the bar continues, and Gallo drags Tepo to the back yard to make him pay for his wife’s treason. Abelardo asks Vicenta to marry him.

Carlos has a heart attack while he is with Tuti. Meanwhile, Indio and his men enter the ICE warehouses and steal everything they can.

Abelardo and Vicenta get married. Carlos tells Tuti about his plans with Mario and makes her promise not to tell anyone.

Doriga intercepts Mario Casas’s emails and finds out about his double life. Meanwhile, Vicenta and Abelardo go on their honeymoon.