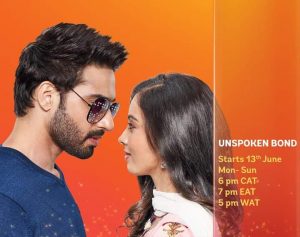 Unspoken Bond Starlife full story: Darsh is a blind but creative photographer who’s alliance is fixed with Nandini, however misunderstanding and interfering relatives try to split them, will they persevere?

NEW SHOW #UNSPOKENBOND starting from 13th June only on #Starlife

The story starts with Darsh Rawal receiving an award for his photographic skills at an event in Paris. Despite being deprived of his eyesight, Darsh possesses amazing photography skills. He can sense and visualize the complete world through his mind, and never lets his disability bring him down. But soon, his mother Rajvi becomes concerned about his marriage. Elsewhere in Dwarka, Nandini Rawal prepares for her sister Bansuri’s marriage but is caught in a storm near the sea harbor. Darsh risks his life and saves Nandini.

Bansuri’s prospective mother-in-law, Vanlata, then demands huge sums of money and a variety of other gifts as dowry from Nandini for her sister’s wedding. Lying about requesting a washing machine, Vanlata forces Nandini to accompany her sister as a household helper until she buys one. Elsewhere, Rajvee hosts a party to celebrate Darsh’s success and homecoming to Dwarka after three years, But he is insulted by some guests for being incapable. Rajvee becomes very tense upon listening to him and vows to find a suitable bride for her son in 30 days, who would heartily accept him with all his shortcomings.

Rajvee fixes Darsh’s marriage with Tosha, but the alliance couldn’t work out. Due to a misunderstanding, Rajvee takes a disliking to Nandini and asks her to leave Dwarka while Darsh falls for Nandini. Rajvee fixes his marriage with his childhood friend, Nirali, unaware that she is already married to Aman (Raakla). After both Tosha and Nirali’s truth is revealed, Rajvee starts liking Nandini. Darsh admits that he has fallen in love with Nandini and Rajvee goes to request Nandini’s hand for marriage.

Vanlata initially taunts her and refuses but later agrees to Darsh and Nandini’s marriage on the condition that Shobhit has to marry Gunjan. Rajvee pleads to Shobhit who jumps at the chance to redeem himself for causing Darsh’s blindness. Rajvee and Shobhit reunite. While Darsh and Nandini’s romance brews, Gunjan taunts Shobhit and takes advantage of his kindness. 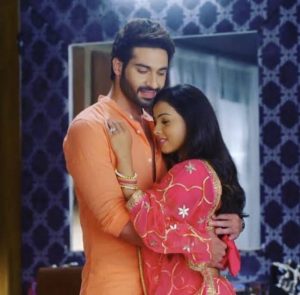 Knowing that Darsh always wanted his wedding to take place in Goa, Nandini tells Rajvee and soothes the family to leave for Goa for the weddings. On the wedding day, Nandini is kidnapped by Mohan who attempted to marry her but she escapes. Namrata lies to Shamika about Nandini and convinces her to sit in Nandini’s place. However, Darsh realizes she isn’t Nandini leaving Rajvee to confront the family for taking such a decision without her knowledge. Nandini returns to the mandapa and the two weddings proceed.

During the marriage rituals, Charmi tells Darsh in private that Nandini told Rajvee that she will marry Darsh only if Shobhit marries Gunjan. Darsh fumes with anger and vows to get revenge on Nandini, neither aware that Vanlata had kept the deal without Nandini’s knowledge. Shobhit meanwhile vows to create a rift between Darsh and Nandini for ruining his chance to marry Charmi, unaware that Darsh already hates Nandini because of the misunderstanding.

Soon the Rawals witness Darsh and Nandini fight and learn why he hates Nandini. Rajvee takes a strong stand for Nandini and tells him that Vanlata was behind it and Nandini did not know anything. Darsh tries to apologize for ruining her life, but she leaves and returns to her village in Okha. While Darsh goes after her to win her back, Shobhit is left devastated when he learns that Charmi has died.

Despite his attempts to win her back, Nandini refuses to return home with him. Bansuri and Rajvee create a plan due to which Nandini is forced to return to the Rawals. She agrees to work as Darsh’s assistant until she pays back the wedding expenses. Darsh meets Ritesh, who Shobhit plans to use to separate Darsh and Nandini. He deliberately causes Darsh to doubt Nandini and Ritesh’s relationship, even going as far as to get pictures taken out of context. The family confronts Nandini for betraying Darsh, who is left heartbroken and leaves the Rawals. 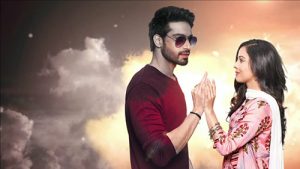 Charmi is revealed to be alive and confronts Shobhit for his evil intentions against Darsh and Nandini. Shocked and left feeling guilty, he confesses to the family about Nandini’s innocence and her surprise operation to regain Darsh’s eyesight. He leaves with Darsh to find Nandini. On the other hand, Nandini witnesses a fatal car accident and attempts to help the passengers during which she drops her purse and phone. Shobhit reaches the accident spot and misunderstands that the deceased woman is Nandini. As Darsh undergoes his operation, the Rawals are left devastated with the news of Nandini’s assumed demise and decide to hide it from Darsh while Nandini adopts Vini who believes she is her mother.

Nandini raises Vini as her daughter and vows to pay back the loan that Jhunjhunwala has borrowed with interest. While Shobhit and Gunjan live separately, preparations for Nandini’s terahvin begin at the Rawal mansion. Darsh decides to head home a day earlier than expected as he desires to meet Nandini. This leaves the Rawals shocked and unable to perform Nandini’s terahvin. Darsh removes his eye patches and assumes Charmi to be Nandini. Later Darsh reaches Porbandar to thank Mr. Jhunjhunwala and Darsh feels that Charmi is not Nandini which he knew but convinces himself of such. Later Darsh recognizes the real Nandini and confronts Rajvee for hiding the truth. He also realizes that Rajvee told Charmi to pretend to be Nandini, and was shocked. Rajvee was told that they did the last rites of Nandini. But little did she know that Nandini was alive and she saw her two days earlier.

Darsh breaks all ties with Rajvee and rushes to Nandini. He confesses his love to Nandini and both reunite. Rajvee gets stabbed and Darsh gets arrested. later it gets revealed that Gunjan stabbed Rajvee, Rajvee gets conscious and Darsh is released. Charmi gets obsessed with Darsh and wants to remove Nandini from his life.

Nandini came across a woman named Toral, who is mentally unstable. After Toral enters Rawals’ house, Rajvee started to get insecure. On the other hand, Charmi kills Gunjan. After a series of events Charmi gets arrested and Toral is revealed to be Namrata’s biological mother, who was admitted to a mental health institution for treatment 28 years ago. Vipul marries Rajvee so that Darsh can get a mother. Nandini is revealed to be pregnant and the show ends on a happy note.