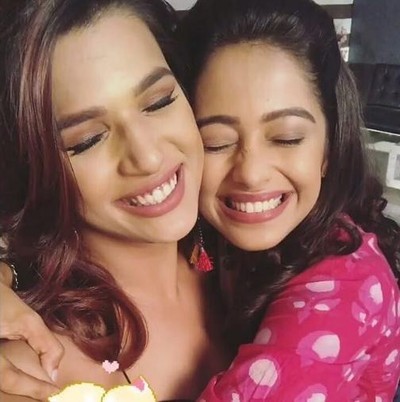 Twist of fate June teasers 2021: Ranbir is roped into marrying Maya, how will Prachinsave him now…

People are shocked by the revelation made by Prachi. On the other hand, Rhea reveals to Ranbeer his feelings for him and he thanks her for offering her support to him.

Rhea gets ready to launch the second phase of the scheme.

Prachi sees Maya wandering in the centre of the road intending to die, and she slaps her into coming back to her senses.

Later, Pragya changes her mind and believes that Ranbeer is innocent after listening to his confession.

Ranbeer makes Prachi talk, and she reveals that she has lost all trust in him, while Pragya discloses that she believes the details in the statement made by Prachi.

Later, Pragya changes her mind and believes that Ranbeer is innocent after listening to his confession.

Prachi tries to make Ranbeer understand the truth while a student promises to get back at Maya.

Alia tells Rhea to hold on to the cash she got to ensure Saloni does not say a word, and as she tries to keep the cash, some drop and Abhi questions her about it.

Later, Rhea learns that Prachi is not an opposing force after Ranbeer makes her understand while Prachi tells Abhi he is on Ranbeers side.

Abhi realizes that Rhea’s car was at Maya’s house before they went there, and he asks him to reveal the truth since he is aware that Alia is working with her.

Later, Prachi finds out that Maya is planning a link up that will take place at the shopping centre, and Ranbeer follows her to confirm if she is linking up with an accomplice.

Sarita Ben reveals to Pragya that she suspects Rhea and Maya are working together while Ranbeer and Prachi dance together.

Later, Pragya traces Abhi’s tone when he takes the stage while Ranbeer confesses to the love of his life. Abhi spots the necklace that Maya has put on.

Ranbeer announces at the party that he is in love with Maya while Maya’s father asks her to tie the knot with Ranbeer and celebrate their betrothal in three days.

Maya’s dad blames Ranbeer for abusing Maya after she turned down his marriage proposal and threatens to send him and his family to prison if he does not tie the knot with his daughter.

Maya gets a slap from Rhea after revealing her plan to tie the knot with Ranbeer while Prachi and Ranbeer share a special time at the library.

Later, Rhea intimidates Maya by revealing the truth about her to her dad, and she promises to expose her as well.

Prachi makes unsuccessful attempts to evade Ranbeer in the workplace.

Meanwhile, the engagement party for Maya and Ranbeer is underway, but it is interrupted by a strange girl with a covered face who claims to be the wife of Ranbeer.

Later, Abhi reveals to Vikram that Maya’s family must receive an invitation to attend Holi ceremony while Ranbeer sends a Holi invitation to Prachi and her relatives.

Aryan wants Ranbeer to stay free of any dirt the entire day, but Prachi vows to stop it from happening. Meanwhile, Pragya plans to make Maya reveal the whole truth.

Drunken Ranbeer confesses his love for Prachi and wants tipsy Maya to come clean regarding the sexual assault incident.

Prachi decides to take the recording to Ranbeer’s relatives, but she never reaches as Alia makes her slip and manages to get hold of her cell phone.

Abhi reveals to Meera that Prachi looks more like Pragya than Rhea does.

Ranbeer reveals to Maya his feelings for his beloved Prachi, and Pallavi and Daljeet hear the dialogue.

Prachi reveals to Ranbeer the favourable conclusion of her scheme, while Alia agitates Meera as she tries to exploit Maya.

Later, Prachi and Ranbeer, who are suspects in Maya’s death, are handcuffed and asked questions.

Meanwhile, both Prachi and Ranbeer put the blame on themselves to set each other free.

Maya escapes from the motel, but Prachi’s family manages to catch her at another hotel.

Ranbeer manages to flee from the police with Abhi’s help.

Abhi and Pragya finally get to spend some time together. This happens in a very compromising position.