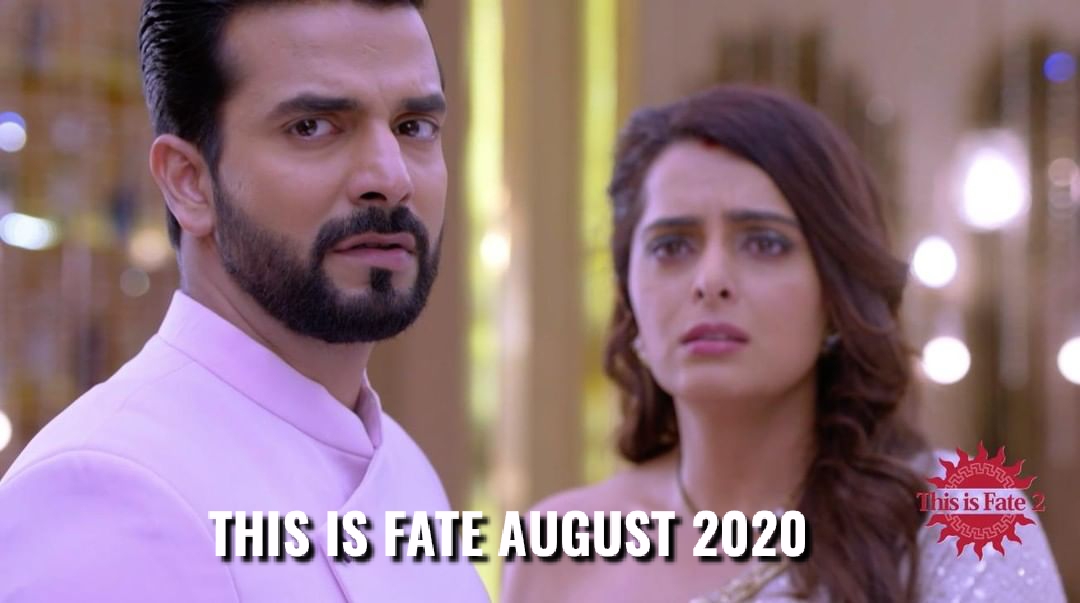 This is fate August teasers 2020: Karan disguises himself and gets married to Preeta, Rishab is too late in expressing his feelings.

Preeta goes to beauty salon where she meets Shristi who has dyed her hair green.

Prithvi panics and tells Sherlyn about Preeta seeing him.

Seeing that no one believes Preeta, Shristi suggests that they check the CCTV footage at the club.

The Luthra family go to the club to find prove against Sherlyn. She, however stalls them for her to be able to make an escape plan. Will her plans work this time?

Karen is furious with Preet and says really mean words to her.

It is Preeta and Pritvhi’s wedding day, while everyone at the mansion is trying to act as if they are  ok with not attending the wedding, Karen expresses how he feels at the breakfast table.

Shritsi is trying everything in her power to stop the wedding from happening.

Karen gets to the wedding and mistakely beats Prithvi till his unconcious.

Just as Sarla is about to tie the knot, Sherlin walks in and disrupst the wedding.

Sherlin accuses Preeta of stealing her necklace and calls the police to get her arrested. While the cops check the Aroras’ house, Karan sends Sameer home to find the said necklace.

Meanwhile, Sameer finds the necklace at home. But, he gets stuck with taking an angry Rishabh to meet with Mahesh’s doctor. So, Sameer explains the situation to Rakhi and asks to clarify the matter the Arora house.

Rakhi arrives at Aroras’ house and clears all charges against her. Shristi proves to the police that the necklace found in their home is a fake one. Rakhi then decides to stay until the end of the wedding to not let any other issue arise. Sherlyn also tries to stay back, but Sarla reprimands her and sends her away.

Shristi grows suspicious when she sees that Sameer is pleased about Preeta and Prithvi’s wedding. Sameer manages to fool her, saying that he is only pretending to be happy.

Shristi resigns herself to Preeta’s fate and calls Prithvi to ‘mandap’.

Shristi grows suspicious when she sees that Sameer is pleased about Preeta and Prithvi’s wedding. Sameer manages to fool her, saying that he is only pretending to be happy.

Meanwhile, Prithvi asks his mother to contact Sherlyn as she is the one who can prove his innocence.

Karan and Preeta also reach the police station, and Karan finds out about Prithvi’s involvement in Mahesh’s case. A furious Karan ends up attacking Prithvi through the bars. Mrs Malhotra returns and informs Sarla that she couldn’t bring Prithvi’s aunt over to prove his innocence.

Meanwhile, a drunkard on the road makes Rishabh realise that he never expressed his feelings to Preeta. Thus, Rishabh arrives at the venue and pours his heart out to Preeta. Rishabh then warns Preeta that Prithvi is not a good guy.

On one side, Karan and Preeta’s wedding rituals start. On the other hand, all the Luthras turn against Preeta. Meanwhile, Prithvi and Janki both regain consciousness. Janki hears Prithvi banging on the door. Assuming its Karan, she ends up freeing him.

Karan lies to Sarla that he realised his feelings for Preeta and thus married her. He also convinces Preeta and everyone else that his emotions are genuine and asks Preeta to accept him. Meanwhile, Bani gets too worked up blaming Preeta for Mahesh’s condition and ends up needing to be sedated.