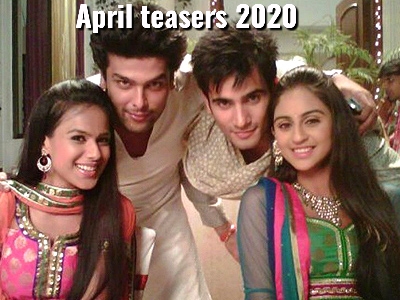 Coming up on the Inseparables April 2020:

The two families go ahead with their plan to separate the pair. A fight at the dining table goes out of hand. Shree and Vikram decide to break up. But the Vadhera family will not give up so easily.

Jeevika is disturbed with the findings of the gynaecologist. Viren chooses to hide it from his family. Maanvi blames herself for Jeevika’s problems. Later, at the dining table, Dadaji expresses his desire for a grandchild, disturbing Jeevika.

Viraat and Maanvi accompany Jeevika and Viren to the clinic. Everyone is thrilled about the baby. Viraat plans to make Maanvi jealous but is unsuccessful

Game of love May 2020 teasers starlife

Made for each other May 2020 teasers starlife

The Crossroads May 2020 teasers Starlife

Forever yours May 2020 teasers Starlife

Forever yours May 2020 teasers Starlife