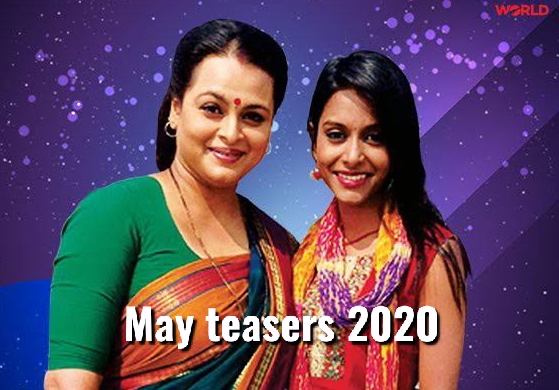 Reach for the stars May teasers 2020: Raghav reveals his intentions behind marrying Pakhi and not Kalpana. How will Kalpana deal with this disappointment?

Zee world Reach for the stars May teasers 2020.

Gaury sees Sahil on TV and instantly recognises him as the man who ruined her life 20 years before. Her reaction leaves Kamla helpless, who then, turns to Neetu for help.

Everyone is looking forward to the office party. Pakhi thinks she will be the host, but little does she know that Kalpana is the one who will. How will Pakhi react to this?

Kalpana finally confesses her love to Raghav. A heated conversation between Sahil and his mother, about how he murdered Mr Singhania, leads to her falling off the stairs… will she survive to tell the truth?

Kalpana tells Kamla that she has fallen in love but she discourages her from this. Sahil’s mother suffers severely from the accident, she might never be able to reveal the truth about Sahil’s crimes.

Kalpana’s family is looking forward to meeting the man Kalpana is in love with. They are left disappointed when he does not come.

Kalpana’s family is under the impression that she is in love with Sammy. On the other hand, Pakhi asks Kamla to negotiate her wedding to Raghav.

Neetu convinces Kamla to let Gaury stay with them. Everyone is preparing for Kalpana and Sammy’s engagement. Little do they know that she thinks she is engaging Raghav.

Raghav puts a ring on Kalpana’s finger. Upon seeing this, Kamla gets angry and slaps her. Raghav manages to persuade her to agree to their union. The joy is short-lived as Raghav later brings news that leaves the family in shock.

Raghav reveals his intentions behind marrying Pakhi and not Kalpana. How will Kalpana deal with this disappointment?

Pakhi is excited to spend her wedding night with Raghav but she is devastated when Raghav reveals the reason behind their marriage. Raghav throws the Kapoor family out of their own house.

Pakhi turns her back to her parents. Neetu and Sahil find themselves homeless and Kamla comes to the rescue.

Neetu and Sahil are finding it difficult adjusting to the new environment. Neetu stirs up trouble between Kalpana and her mother.

Kamla begs Gaury not to make Pakhi pay for her parents’ sins. Raghav plans to divorce Pakhi but his mother, Gaury, disagrees with this. Will he go ahead with this plan?

Raghav gives Kalpana a request that might be difficult to fulfil. Will her love conquer this challenge?

Kalpana agrees to wait for Raghav for a year but Kamla does not like this idea at all.

Neetu takes the opportunity to plant evil thoughts in Kalpana’s mind. It looks like Kamla has invited trouble by allowing Neetu in her home.

Kalpana goes to an interview. The manager tries to take advantage but Raghav arrives just in time to save her.

Raghav offers Kalpana her old job at his company. Kamla and Kalpana put together plans to open their own restaurant. Neetu keeps lying and deceive the people around her.

Raghav and Pakhi end up going to dinner at Kamla’s house. Raghav is constantly stuck between a rock and a hard place, he is constantly having to choose between pleasing his mother or the love of his life, Kalpana.

Neetu convinces Kalpana to attend a party that Raghav and Pakhi have also been invited to.

Read: Next months on reach for the Stars

Between Burnaboy and a publicly scorned female fan, see what happened