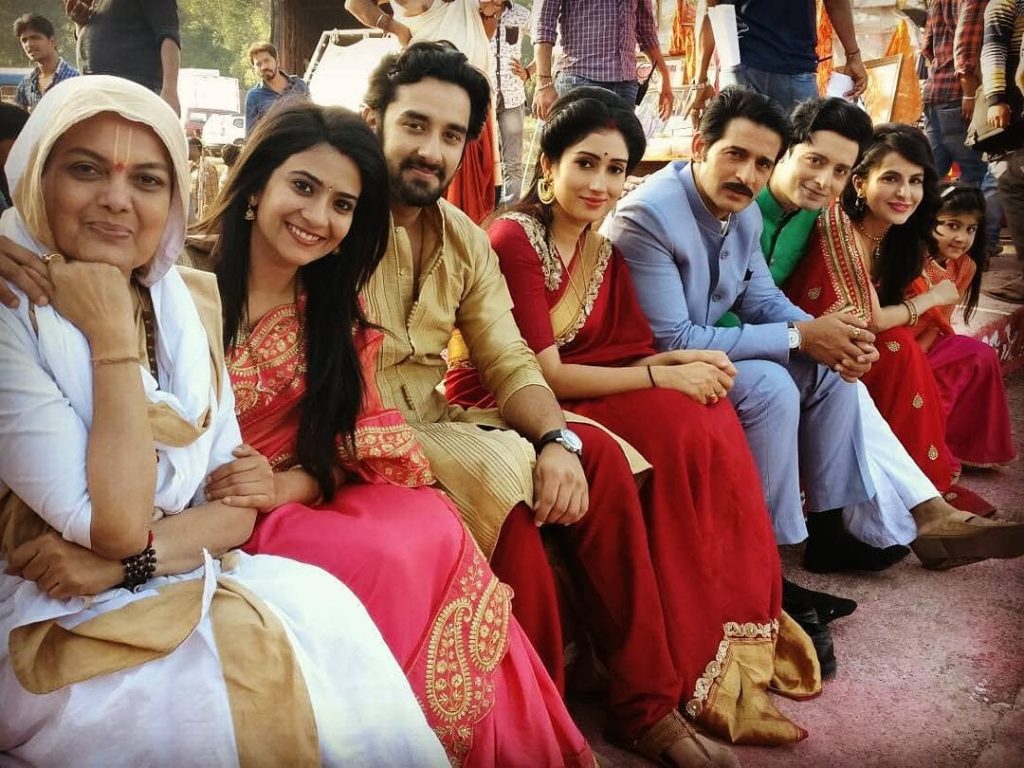 After several ups and downs Ganga and Amma have now reached a stage where they have mutual love and admiration for each other. Gangaa and Sagar want to help out Amma to overcome her debt.

Ganga also gets ready to sell her jewellery given by her father for Amma’s sake. It will now be seen that Amma will shock everyone with a surprising announcement. Ganga will get insulted in a party where people will call accuse her of having an affair with Sagar and being an immoral girl.

Amma will not be able to tolerate Ganga getting insulted and she will announce to everyone that Ganga is Sagar’s to be wife and therefore she has all the right to live in their house. Ganga and Sagar will be overwhelmed with Amma’s words.

While Sagar and Ganga are in bliss thinking about their relationship moving forward, another big danger looms in the background for the star crossed lovers. A new character named Ragini entered the show being Sagar and Ganga’s childhood friend. 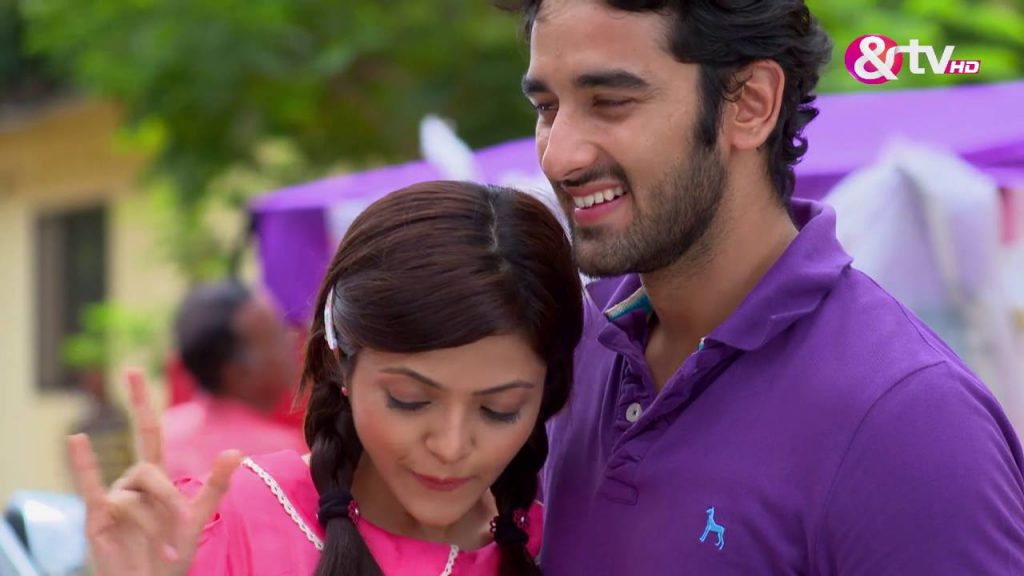 Ragini is mentally unstable and has run away from her house. Sagar and Ganga along with Amma and Ragini visit a party where Ganga is warned to be careful of Ragini getting close to Sagar. Ragini is very fond of Sagar and insists on being with him and this makes Ganga jealous.

Sagar notices Ganga being envious of Ragini and asks her not to pay attention to her as she is childish. However, both Ganga and Sagar are not aware that very soon, Ragini will become the biggest hurdle in the path of their love.

It will now be seen that Ganga will have a box full of jewelry and Sagar tells Ragini that the jewelry belongs to his future wife. Ragini has started to get fascinated with Sagar and will think that she will get married to him. Ragini will starts wearing the jewelry thinking that they rightfully belong to her as she will marry Sagar.

The evil woman Prabha will see this and will think that she will use Ragini as a pawn to make sure that Sagar and Ganga never marry with each other. Besides this, Ragini’s brother Rudra too makes dramatic entry on the show and viewers will get to see a new love triangle starting develop amid Sagar Ganga and Rudra. 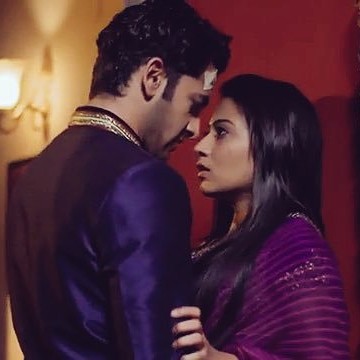 While Ragini tries on the jewelry, Prabha sees her and immediately starts hatching her evil plan to use Ragini as a pawn to separate Ganga and Sagar. Prabha meets Ragini and tell her that she knows about her feelings for Sagar. Prabha instigates Ragini saying that her brother Rudra will never allow her to marry Sagar and therefore Ganga will marry him.

Ragini is not mentally stable and she gets into Prabha’s words and she asks her to follow her instructions carefully. Prabha gets one of Ganga’s saree and ask Prabha to dress up in it. Prabha also leaves Ragini’s hair open just like Ganga and she sends her into Sagar’s room.

Sagar sees someone dressed in a saree in his room in the middle of the night but is not able to see her face as the lights are off. Sagar thinks that Ganga has come back to spends some time with him and he starts getting close to her. However, Sagar does not realize that the woman in his room is Ragini and not Ganga. 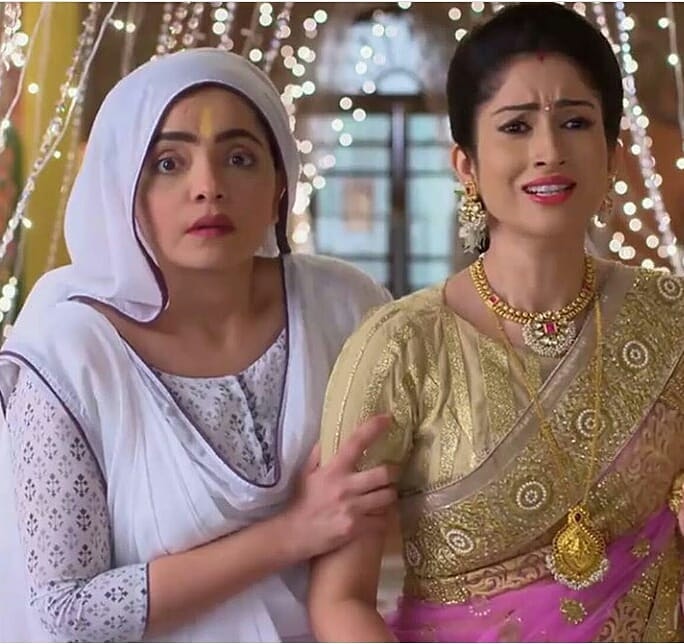 On the other hand, Rudra is tensed as Ragini has gone missing and he starts to look around everywhere for her. Rudra and the rest of the family land up in Sagar’s room and they get a huge shock seeing Sagar and Ganga in an intimate position.

As the light come on, Sagar is shocked seeing that he was romancing with Ragini thinking her to be Ganga and he immediately moves away from her. However, Rudra is furious with Sagar and threatens to kill him. Sagar tries hard to explain the situation to Rudra but completely loses his cool and lashes out at Sagar.

The family asks Sagar to give and explanation and Sagar talks about all the events which took place that night. However, Rudra does not believe Sagar’s words and Ganga come there just then saying that she trusts Sagar completely. Ganga tells everyone that Sagar can never do such a cheap act and surely there must be some big misunderstanding.

On the other hand, Ragini is sitting upstairs and Prabha meets her and threatens her not to blurt out the truth. Prabha threatens Ragini that he will kill her and Rudra if she speaks up against her. The family decides that they will confront Ragini to know the truth but they get shocked seeing that she has fallen off the balcony and is hanging between life and death.

Sagar somehow manages to save Ragini and then Ragini gives everyone a big shocked when she announces that she wants to marry Sagar. The family will realize that Ragini had crated the whole misunderstanding and they will put the event behind and concentrate on Sagar and Ganag’s marriage preparations.

Prabha will meet Yash and will decide to play an evil trick which will make Sagar hate Ganga so much that he will not want to see her face again. Pulkit suggests that they will have a bachelors party before the wedding and Supriya can conduct a party for the women.

Yash tells Prabha to give Ganga a medicine by which she will lose her senses and will not remember anything that she has done the next day. While the party starts off in the house. Prabha puts the drug in Ganga’s drink and Ganga starts acting weird. Ganga also falls in Rudra’s arms and calls him Sagar.

Sagar’s friends will challenge him to get Ganga to consume a drink. Pulkit will tell Supriya about this and Supriya will immediately make Ganga aware about this challenge. However, Ganga will turn the tables on Sagar and will make him have the drink instead of her.

However, the twist will be revealed later as the drink would have been spiked by Prabha who is keen to create trouble for Ganga and Sagar. After consuming the drink, Sagar will lose his senses and will start to act strangely.

Prabha looks on being disappointed as she realizes that her plan has flopped. Sagar becomes intoxicated and brings Ganga in the corridor away from everyone. Sagar starts getting romantic with Ganga and Ganga wonders what has happened to him. Ganga will get a big shock when Sagar will bring her to her bedroom in the night.

Ganga will be tensed and will warn Sagar that they should not come close before they are married to each other. However, Sagar will dramatically cut his finger and will fill Ganga’s hairline with his blood. Ganga is overwhelmed by Sagar’s actions and submits herself to him completely. Sagar and Ganga will consummate their relationship before their wedding.

Later on, the priest decides for the wedding date after one month and Sagar and Ganga get happy knowing that they will finally get married. However, a major twist is all set to take place in the plot where Ganga will get discovered to be pregnant just one day before the wedding.

Everyone will accuse Ganga of being characterless but she will try to defend herself saying that Sagar is the father of the child. However, Sagar will not recall his passionate night with Ganga and he will also believe that she cheated on him with someone else. This will bring a major rift in Ganga and Sagar’s relationship.

Ganga will be devastated seeing that Sagar does not trust her. Ganga and Sagar’s marriage will be called off and Ganga’s life will be shattered in moments.

So much for intense love…