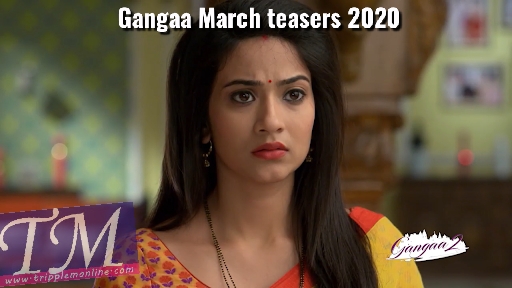 Gangaa tells Shiv about Ashish true intentions but he is too hurt to believe her. Later all the secrets in the family is revealed. Savitri is shot by her son.

Shiv marries Gangaa and together they dedicate the school in Sagar name. Gangaa gets her happy ending.

In the current track of Gangaa, Sagar has found his wife but she has lost her memory and can’t remember him. Along the line shiv discovers the truth from Maharaj and saves everyone the doubt. He sends Gangaa off as she is indeed not his wife.

On their way going, an incident with pratab causes Sagar to lose his life and gangaa to regain her memory. Unfortunately she meets Sagar on a death bed and she becomes a widow all over again.

But Sagar makes shiv promise to make her his wife and rid her from the burden of widowhood. Shiv honours Sagar wish but Gangaa won’t have it as she is determined to be Sagar widow and mourn him.

She puts up so much opposition that everyone gets fed up with her. Along the line Ashish comes into the picture. She is Parvati twin sister, her family had kept her hidden from the world because of her unruly behavior. Even Shiv isn’t aware that his wife had been a twin.

Too much complication between Shiv and Gangaa makes Shiv decide to marry Ashish but before their wedding day, Gangaa discovers that her intentions are not pure and so she sets out to expose her. 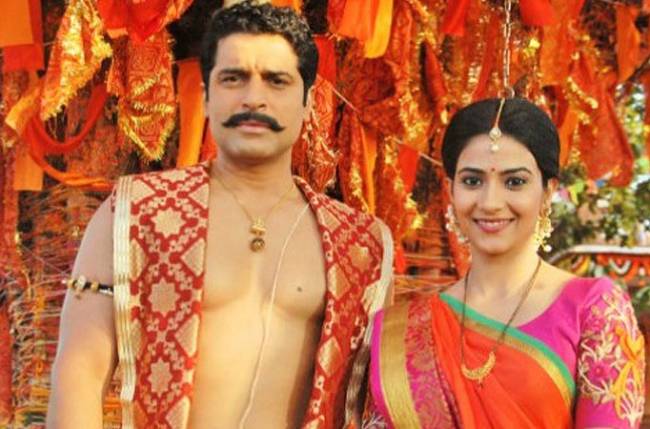 Gangaa recalls watching the poison bottle. She comes to Shiv and tells him to delay his wedding, Aasha isn’t how she appears to be. She saw poison bottle in her room and the cat is also dead upstairs.

Shiv tells Ganga she has not been able to accomplish her desires, he was the well wisher who helped her but she started to look for a partner in that well wisher. He shows her the half burnt letter. Ganga says there is a huge misunderstanding. Shiv takes her outside and tells Kushal to drop Ganga off.

In the jeep, Kushal assures Ganga that he and Riya are with her, they won’t let her go. He takes Ganga to a hiding. At home, Savitri tells Pratab that Shiv would be half dead as Ganga has left, it is easy to kill him completely.

Ganga cries in her hiding saying she doesnt want to lose anything else in her life. Riya comes there and hugs Ganga. Ganga tells Riya that Shiv’s life is endangered. She must stay away with him all the time.

In the room, Aasha is ready as a bride. She speaks to Parvati’s photo that Shiv killed her, now she must revenge Shiv of Parvati’s death.

Meanwhile, Shiv walks towards the ruins and finds Ganga’s letter there.

At the wedding, everyone ask about Shiv. Riya comes to Ganga and says Shiv has left without informing anyone. Ganga leaves saying she knows where Shiv must be.

Shiv gets Pratab’s call, Shiv tells Pratab he can’t marry Aasha. Pratab leaves for the ruins. Aasha comes behind Shiv. She says its good Shiv denied to marry her, he has killed Parvati and she came for Parvati’s revenge. She says she wanted to take support of Radhika for that revenge, but Radhika brought Ganga between the matter. She says it was not Parvati but she who went to the ruins to meet someone.

She tells Shiv that he neither loved Parvati nor Ganga. Aasha points a gun over Shiv. Ganga  jerks Aasha’s hand away, she tells Aasha that Shiv loved Parvati and he didn’t kill Parvati. She tells them she went to the place where Parvati had an acident, she found blood stains over the wall and pearl necklace that might belong to the murderer.

Shiv asks Ganga why she didn’t tell him about it earlier, he would just go to police. Pratab comes behind with a gun, he says he would now kill Shiv and Ganga as he killed Parvati. Shiv wrestles with Pratab. The family had reached there too, but Pratab held the gun stubborn.

During the wrestling with Shiv, the gun shot was pointed towards Savitri. Shiv runs to Savitri, she apologizes Shiv for always being a step to him. The police comes there to arrest Pratab. Savitri was carried to hospital. Aasha comes and apologize to Shiv and Ganga.

Ganga spends a happy time with Shiv and family, bringing in positive change among the family. Shiv speaks to audience and says “He never tried to take Sagar’s place in Ganga’s life.”

Ganga also speaks about the changes she brought in Shiv and his family’s life. She inaugurates the school.

Reach for the Stars July teasers 2020