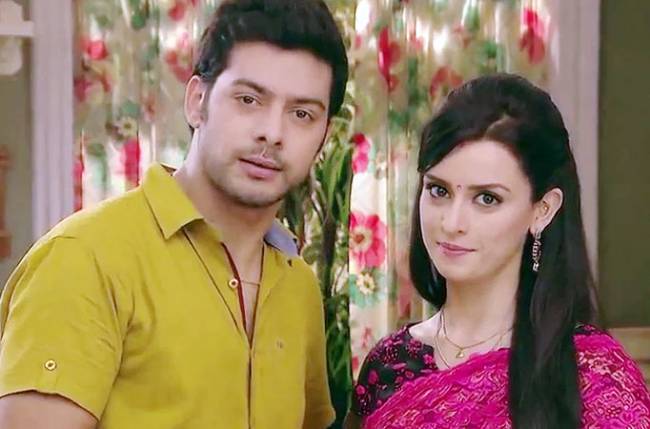 Family affairs November teasers 2019: Mohit and Preeti’s private conversation is broadcast over the radio by mistake. The Agarwals are left baffled on learning about Mohit and Preeti’s relationship. Unaware about anything, Shivam assaults Mohit

Friday 1 November 2019
Episode 166
Sarla calls Shanti from Sonal’s phone but does not say anything. Shanti puts up a drama on seeing Riya buying extra groceries and breaking glassware. She bumps into Sarla at the market.

Saturday 2 November 2019
Episode 167
A few goons rob Shivam and Riya. Sarla learns about the train accident and rushes to Shanti Sadan but Shanti refuses to allow her in. Shivam and Riya reach the accident spot.

Sunday 3 November 2019
Episode 168
Riya and Shivam go to check the corpses at the relief camp to find Raghav. Riya finds him lying unconscious near a river bed. Sarla sits outside Shanti Sadan and argues with Shanti for not letting her in.

Monday 4 November 2019
Episode 169
Sarla tells Shanti that she will not leave without meeting Raghav. Ashok tells Sonal that Raghav is alive. Raghav returns with Shivam and Riya. He tells Shanti about his enquiry. Shanti asks a pandit to invite the prospective groom’s family.

Tuesday 5 November 2019
Episode 170
Preeti does not want to get married and shares her woes with Riya. Pari asks Sarla to arrange for a pandit. Riya takes the responsibility of aranging everything for the groom’s welcome.

Wednesday 6 November 2019
Episode 171
Sarla is upset about the puja being performed at Shanti Sadan. Sujeev asks Sharmili to get Vyom married. The groom’s family visits Shanti Sadan. Sarla scolds Nirmala when she finds her working with Ashok.

Friday 8 November 2019
Episode 173
Shanti searches for a new groom for Preeti. Riya asks Kaushalya to speak with Shanti to allow Preeti to work and study. Sharmili and Makdi spy on Vyom and Pari. Shanti tells Raghav that the groom has refused to marry Preeti.

Saturday 9 November 2019
Episode 174
Kaushalya is happy that Shanti has agreed to let Preeti work. Sujeev scolds Pari and Vyom for being late. Sharmili tells Vyom that a prospective bride is coming to visit him. Sarla wants to take home-made food to Sujeev’s picnic.

Monday 11 November 2019
Episode 176
Preeti apologises to Shanti and tells her that she will not work. Pari is shocked when Suruchi agrees to marry Vyom. Sarla visits Sharmili’s house and Mohit goes to Shrivastav House. Later, Khare’s son, Nandkishor visits too.

Tuesday 12 November 2019
Episode 177
Shanti explains the rules of the house to Mohit and Nandkishore. Vyom is unhappy with Sarla for trying to fix Sonal’s marriage with him. Shanti asks Kaushalya to not serve excess food to the guests.

Wednesday 13 November 2019
Episode 178
Pari asks Vyom to marry her. Sharmili slaps Vyom for refusing. Sarla scolds Shanti for trying to help her while Shanti scolds Riya for visiting Sarla’s house. Riya tells Shanti that she wants to give the dealership to Amit.

Friday 15 November 2019
Episode 180
Riya learns about Mohit. Sarla asks Amit to sign the dealership documents. Nandkishor tells Shanti that he has secured a job. Riya tells Bunty that Mohit is staying at their house as ‘Chunnilal’. Preeti apologises to Sharmili.

Saturday 16 November 2019
Episode 181
Preeti asks Mohit to speak to Shanti about their wedding. Later, Mohit tells Riya that he loves Preeti. Riya asks Mohit to reveal his love to the family. Riya apologises to Kaushalya for her mistake.

Sunday 17 November 2019
Episode 182
Mohit and Preeti’s private conversation is broadcast over the radio by mistake. The Agarwals are left baffled on learning about Mohit and Preeti’s relationship. Unaware about anything, Shivam assaults Mohit.

Tuesday 19 November 2019
Episode 184
Sharmili, Makdi and Vyom stop their captive from escaping. Raghav asks Riya to not go against Shanti’s decisions. Meanwhile, Mohit gets drunk to ease his pain. Pari sneaks out at night to meet Vyom.

Wednesday 20 November 2019
Episode 185
Sarla and Pari try to stop Rani from going to work. Preeti blames Riya for her problem. Kaushalya is upset with Riya for not telling them about Mohit and Preeti’s relationship. Riya advises Kaushalya to speak to Mohit’s parents.

Thursday 21 November 2019
Episode 186
Sharmili plans to get Vyom married to Preeti. Amit and Rani start working at their agency. Preeti scolds Nandu for trying to help her. Raghav’s neighbours create a scene when they see Mohit begging him.

Sunday 24 November 2019
Episode 189
Sarla visits Shrikant and makes him change his decison about Mohit and Preeti’s marriage. Shrikant decides to visit Shanti Sadan. Raghav gets furious with Shrikant and his wife for humiliating Preeti.

Monday 25 November 2019
Episode 190
Shanti and Raghav decide to find a groom for Preeti. Sarla asks Shrikant to show Mohit the video in which Raghav humiliates him. Sujeev rebukes Pari for serving Sharmili the food she is allergic to.

Tuesday 26 November 2019
Episode 191
Sarla continues with her drama outside Shanti Sadan. Pari ensures that Vyom will not agree to marry under pressure. Nandu is upset about Mohit’s family rejecting Preeti. Kaushalya is worried for Sarla sleeping outside in the cold.

Wednesday 27 November 2019
Episode 192
Shanti forgives Sarla and permits her to enter Shanti Sadan. Sharmili and Makdi conspire against Sunehri. Shanti and Sarla conspire against Riya. Amit tells Sarla that Shanti has forgiven her, in order to send Riya away.

Thursday 28 November 2019
Episode 193
Bunty advises Riya to be cautious of Sarla and Shanti. Amit wants to avenge Riya for calling off her marriage with him. Sarla drives Prabha away from Ashok’s food cart. Nimmi finds Preeti upset and consoles her.

Friday 29 November 2019
Episode 194
Shivam reaches Amit’s shop to bring Riya home. She arrives for the puja. Sarla succeeds in getting Riya drunk. She enjoys watching Riya create a scene, as she prances around. Amit is stuck inside the shop.

Saturday 30 November 2019
Episode 195
Shanti asks Sarla to record Riya’s dance on her cellphone. She tells Shivam that Riya has insulted her. Later, Shanti tells Anupam about Riya’s misbehaviour and accuses her of conspiring against Sarla. Anupam apologises to Shanti.