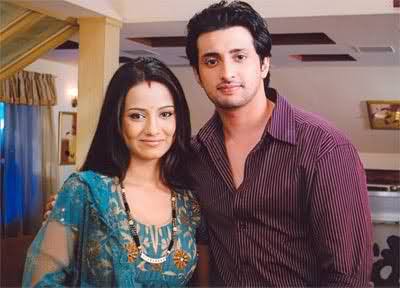 Destiny March teasers 2021: Kshitij gets falsely arrested for stealing a large amount of money at the office. Jhanvi makes a decision to leave the house. Gauri waits for everyone to be asleep before sneaking out to go look for Jhanvi.

Bhavishya’s parents reprimand him for his actions and warn him that Satyakaam should not know the truth. Suryakant and Savitri take Saraswati home – they lie to everyone that she was involved in an accident.

Savitri supports the idea that Saraswati recovers in the Garodia home. Some men forcefully enter the house asking about Yuvraj. A prayer is held for Yuvraj and Saraswati’s well-being, but Yuvraj ends up being kidnapped.

Suryakant is in a physical altercation with the kidnappers and ends up being shot. Lakshmi and Satyakaam take him to the hospital. The real mastermind behind Yuvraj’s kidnapping is finally revealed.

Yuvraj insists on identifying the kidnappers by himself. He sees the men behind the kidnapping, but denies knowing them. An inspector later takes the kidnappers to the Garodia house for Suryakant to identify them.

Suryakant identifies the kidnappers. Menka lies to Lakshmi about supporting her in convincing Suryakant to give his permission for her to wed Satyakaam. Bhavishya’s strange behaviour leaves Saraswati concerned.

Kajri comes to the Garodia house for the first time pretending to be a princess. Yuvraj and Kajri plot to have Kajri sleep over at the Garodia house. The family is impressed with Kajri’s princess persona.

A policeman wants to know the truth about Kajri and Yuvraj. Bhavishya visits the red cottage every night and now Saraswati is hot on his heels. Menka dreams of the princess becoming her daughter-in-law.

All five sisters decide on making Yuvraj the owner of the entire property. Grandma overhears Kajri and Rasili’s conversation and she vows not to let Kajri win.

A nervous Lakshmi almost gives up at the dance competition. Dev shares the news of Kajri and Yuvraj’s divorce. Suryakant’s treatment money gets stolen before it can reach the hospital.

Niyati makes it clear to Yuvraj that she doesn’t like the way his treating his family and she decides to leave. Kajri starts to give everyone instructions as part of her evil plans.

Kajri tells the family that she and Yuvraj have gotten married. Niyati goes missing for a little while but when she returned she gave her wedding necklace which Yuvraj gave her back to him as she demands for a divorce.

Kshitij gets falsely arrested for stealing a large amount of money at the office. Jhanvi makes a decision to leave the house. Gauri waits for everyone to be asleep before sneaking out to go look for Jhanvi.

Jhanvi tells Gauri that in order to fight Pavitra she will have to leave the house. Jhanvi gets offered a job but little did she know what type of job it is.

Jhanvi’s life is in danger as the men in temple attempt to stone her and the priest who helped her. Kajri punishes the entire family for Saraswati’s mistake of going against her.

Saraswati suspects that Ranbir is Bhavishya. Menka hates having to ask Savitri for everything. Pavitra makes it difficult for the family to welcome Ranbir’s family. The Garodia family hires a lawyer to rid them of Kajri.