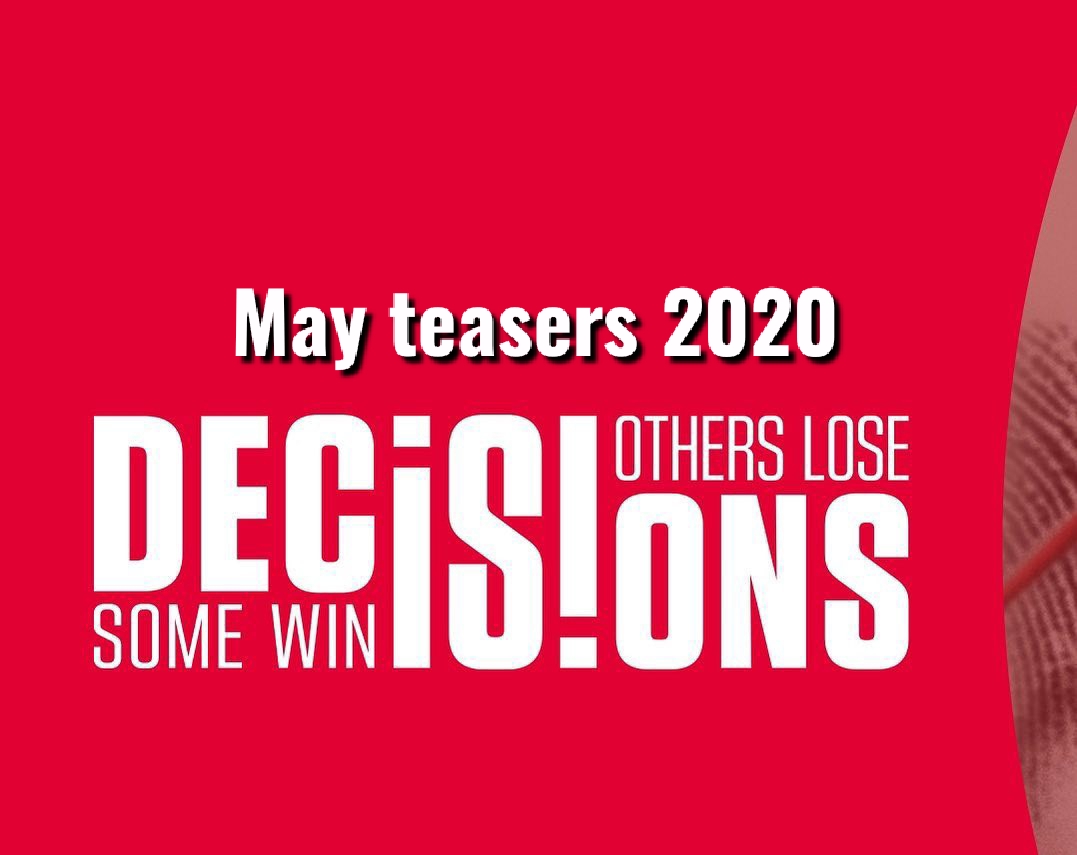 More life altering decisions on telemundo new Anthology series Decisions: some win, others lose. Read the May teasers below.

Guillermo, a young commercial pilot, by imprudence has a traffic accident in which a father dies and his 12-year-old son is in critical condition. Guillermo flees from the scene, and from that moment what happened haunts him like a ghost that tortures him slowly. Guillermo listens in the news that the boy, Eduardo, urgently needs blood donors and they are both the same type, so he decides to go to the hospital to help him. That day he meets Mabel, Eduardo’s mother, and will be forced to make a difficult decision that will bring serious consequences to his life.

Laura is a woman who suffers from obesity and is obsessed with losing weight. Her husband despises her and teases her, but before society she pretends to have a perfect marriage. Until one day he discovers that her husband Manuel is unfaithful, and that he also wants to steal all her money to go with her lover. So, without thinking, Laura makes a decision that will change her completely and that will make her end up in prison sentenced to 19 years in jail.

Cornered by the pressure of their responsibilities, Eugenia, a single mother of 35 years, tests amphetamines and gradually loses control and consumption increases.

Adriana is a woman who suffers from depression because she is a mature woman and meets Ramiro in prison, because of this situation begins a relationship with him, but everything gets complicated when Ramiro begins to mistreat her.

Gloria is a mother who from a young age with her son Nicolás has been responsible for scamming multiple entrepreneurs. Until one day she decides to leave Nicolás and make a new life with her husband, with whom she has a child. But everything gets out of control when Nicolás reappears in his life to blackmail her.

Miguel Sandí is a music teacher admired for his talent. The day he was appointed director of the most important conservatory in the city, a complaint against him appears for violation.

Bibi Molina is a 19-year-old girl who suffers from abuse by her mother from her mother Dina Cano. Dina makes everyone believe that her daughter suffers from multiple diseases that prevent her from being a normal person. Meanwhile Bibi is looking for a way to get rid of her mother, so she will have to make decisions that will put her life and her freedom at stake.

Monica, a journalist, realises that Carolina is a victim of domestic violence and wants to help, but Carolina denies it.

David and Fernando take Silverio’s truck without his permission, and soon get into a terrible accident. Fernando takes the blame.

Moisés is a veterinary doctor who has taken care of his daughter Verónica since his wife died. Thanks to her profession, her daughter has become an excellent student who supports animals and helps to stop the violence against them, but unfortunately she runs into Federico, a young student with mental problems who becomes obsessed with her to the point. to discuss and fight with Verónica and following the fight she is in a coma. So now Moisés must make a decision. While at her friend’s house, Veronica learns that her dog was put to sleep. Meanwhile, her father, Moses, proposes to his partner, Alicia.

Margarita is disturbed to find a strange man in her house. Her daughter reassures her that it’s just her boyfriend. Margarita is a nurse, who unknowingly suffers from Alzheimer’s. But upon learning of her illness she decides to get her doctor to kill her by claiming an act of euthanasia, regardless of her daughter Flora’s feelings.

When Enrique returns home from the war against the Taliban, his wife, Rosy, is afraid to ask for a divorce because he can become violent.

Vanessa’s son, Tomás, is bullied at school because Vanessa makes beauty videos for social media. Her husband, David, is also teased at work.

Santiago’s pregnant wife and their two daughters are missing. Santiago makes a plea on television, asking them to return.

Hernán has a psychotic episode and attacks Camilo. Victor awaits his promotion to Hernán’s position, but Camilo appoints Ishmael, his son, instead.

Marta writes about gender violence in Mexico. Her mother, Teresa, worries that it puts her life in danger, and wants her to move to the United States.

Jessica goes to watch a football match that her children, Miguel and Tomás, are playing in. Her violent ex-husband, who has custody, is furious.

Elsa travels from Argentina to Colombia to marry her long-distance partner, José. Bertha, José’s mother, helps to plan the wedding.

At Marta and Felipe’s wedding, Liliana shows up dressed like a bride. Marta is upset, and Felipe asks Liliana to leave. Liliana is furious.

Gustavo tries to abuse his stepdaughter, Daniela. Daniela asks her new boyfriend, Leonardo, if he would do anything for her – even kill.

Paola, who has been married to Octavio for almost 13 years, begins an affair with a man named Daniel. They plan to go on holiday together