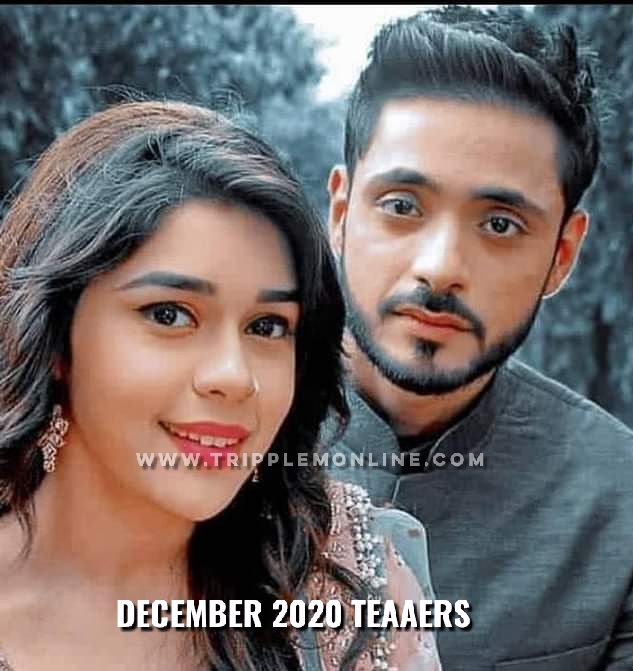 Zara’s Nikah December teasers 2020: Zara returns to Lucknow and she is determined to fight for her marriage, will all the differences be cleared or will shabhaz win?

Ayesha and Kabir visits Irfan, Zara hides behind the curtain. Zara and Kabir agrees to divorce due to their inability to understand each other. Zara knowing Kabir still love her decided to confront him on why he still want to go through with the divorce.

Zara plans with Azra to find out the reason behind Kabir sudden cold attitude towards her. She meets him and insist she won’t leave until she finds out the truth. Will she be able to penetrate through Kabir?

Azra finds out Kabir is forbidden to see Zara by Shahbaz and told Zara.
Zara decides to call Ayesha and meet up with her mother in-law to find out the truth.

Zara and Azra meet with Alina in her house. Alina promise to reunite the couple but warm them to be careful of Shabzaz. Meanwhile Kabir insist he will follow his mother to the hospital not knowing Zara was the driver.

Zeenat found out about Zara and Azra’s plan through Alina’s phone. She informed Shabzaz who called the police to arrest them and exposes Zara’s identity to Kabir.

Zara and Azra are arrested by the police but Kabir came to their rescue. Zeenat told Zara to stop forcing herself on Kabir but Azra came up and defended Zara. She asked if Zara was able to find out anything about Shahbaz.

Kabir met with Irfan and ask him to warn his daughter to stay away from him and pay for the damages she caused in their house as Shabzaz instructed him too. Mina told Zara she’s fit enough to stay in Lucknow. Meanwhile Zara told Azra the battle line is drawn between her and Shahbaz.

Zara meets Kabir and insist he pays for the damages as he’s still her husband. Meanwhile Kashan advice Kabir not to act foolish and lose the woman who loves him.Shahbaz contacts the headpriest to make Zara leave Kabir but he said there’s nothing he can do about it.

Shahbaz sends one of his goon to hurt Zara but Kabir saved her and ask her to leave which hurts her feelings. Kabir decides to travel to Dubai just to stay away from Zara as Shabzaz instructed to his own hurt.

Zara found out Kabir was leaving the city and called him pleading he shouldn’t. She went to meet him but Kabir ignored her at Shahbaz’s order.Ayesha told Kabir if he respects her as his mother must bring Zara back. Will Kabir honor his mother’s wish.

Kabir leaves for Dubai but changes his mind on the way and called Zara if they could give their marriage a second chance. Shahbaz and Zeenat are not happy about this but Ayesha is excited.

As Kabir goes to meet Zara’s father concerning the reconciliation he meets Zara who questioned him as to why he was avoiding her. Irfan doubt if Kabir truly wants to reconcile on his on will.
Kabir tells Imran he has a plan as regards the reconciliation with Zara.

Shahbaz send one of his men to attack Zara again but luck wasn’t on his side as Kabir recognise and arrested him.
Shabzaz seeing the turn out of things swore he will make sure Zara doesn’t survive his next attack.

To ensure Zara’s safety, Kabir agrees to sleep in a room with her. Maqool was ordered to be killed by Shahbaz(boss)but Kabir intervenes. He swore to find the boss who wants to kill his wife at all cost. Will he be able to find out?

Shahbaz’ goon planted a spy in Zara’s father house to monitor her. Shahbaz is tensed about Kabir’s promise to find the boss and tried to change his mind towards involving with Zara but Kabir is adamant.

Kabir is suspicious of the new servant (spy) as she attempt to eliminate Zara severally but failed . At the dinner in Irfan’s house, Shabzaz asked Kabir to return home with them. Kabir hits his head on the stairs will trying to save Zara from one of the attempt made on her life.

Kabir interrogated the servant after finding out she poured oil on the stairs intentionally but she denied it. Shahbaz lied to save her from been sent prison. Kabir doubts her claimed identity and true intentions.

Full teasers to be updated.