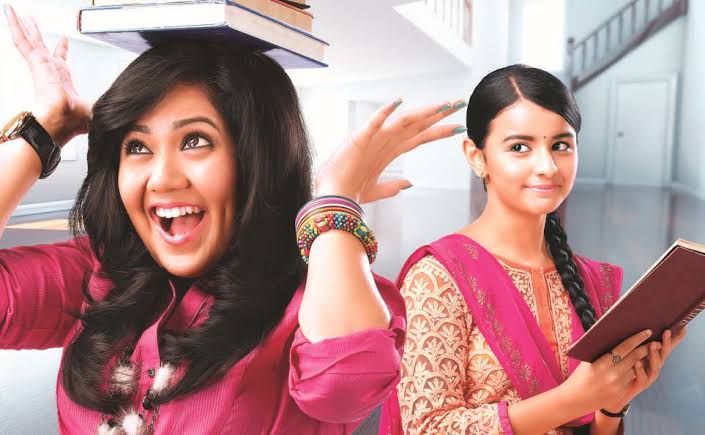 Teasers for Saturday 9 – Monday 28 are not yet available…

The friendship between Gunjan and Rachna slowly and steadily starts to grow. Mayank cuts the power at the exact moment Gunjan plugs in her appliances. Dayal’s negative feelings towards Gunjan get stronger with each passing day.

The rivalry between Mayank and Gunjan heats up. Chhaya sets up a internet account for Rachna at the internet café and unknowingly Dayal nearly catches them.

Shail notices that Rachna and Chhaya are missing during the prayer ceremony, but she’s not the only one that notices. Dayal finds out that Gunjan went behind his back and got an internet connection.

Shail tells Gunjan that Dayal agreed to allow them to have internet. The unknown friend on Rachna’s chat account sends her flowers and it causes a huge problem, as she doesn’t know who he is.

Rachna ignores all the warnings given by Gunjan and Chhaya and she decides to meet the mystery person on her chat account. Dayal accepts the alliance between Mayank and Charu.

Mintu tells Rachna that if she doesn’t go to see him then he’ll show the photos of them to her parents. Gunjan finds out that Mayank is the person that keeps smoking.

Mintu forces the issue of being Rachna’s friend. Gunjan stuns everyone at the engagement ceremony as she walks down in traditional attire. It is becoming clearer and clearer that Mayank is falling in love with Gunjan.

Mayank asks his uncle to take a photo of him and Gunjan at the engagement. Mintu blackmails Rachna stating that if she doesn’t give him a little kiss he will show everything to her family.

Gunjan’s plan to sabotage Mintu is spoiled after she sees Mayank walk into the same Café she’s in. Mintu tells Gunjan that he has a special location where they can take the photos together.

Mayank discovers who it was that Gunjan was talking to. Rachna stands up to Mintu and in the nick of time she saves Gunjan. However the victory over Mintu is short lived.

Dayal returns home and as he walks by, he spots Gunjan and says the unexpected to her. The final results are out and even though Gunjan and Rachna passed with flying colours, Dayal still wants to get Rachna married.

Tempers are flaring as Gunjan blames Mayank for this whole situation Rachna is in. Mayank tells her he did it because of jealousy.

Pihu tells Gunjan that she has been nothing but a bad influence on Rachna. Shail manages to convince Savitri to allow Rachna to attend college and study further. Dayal agrees to the family dinner.