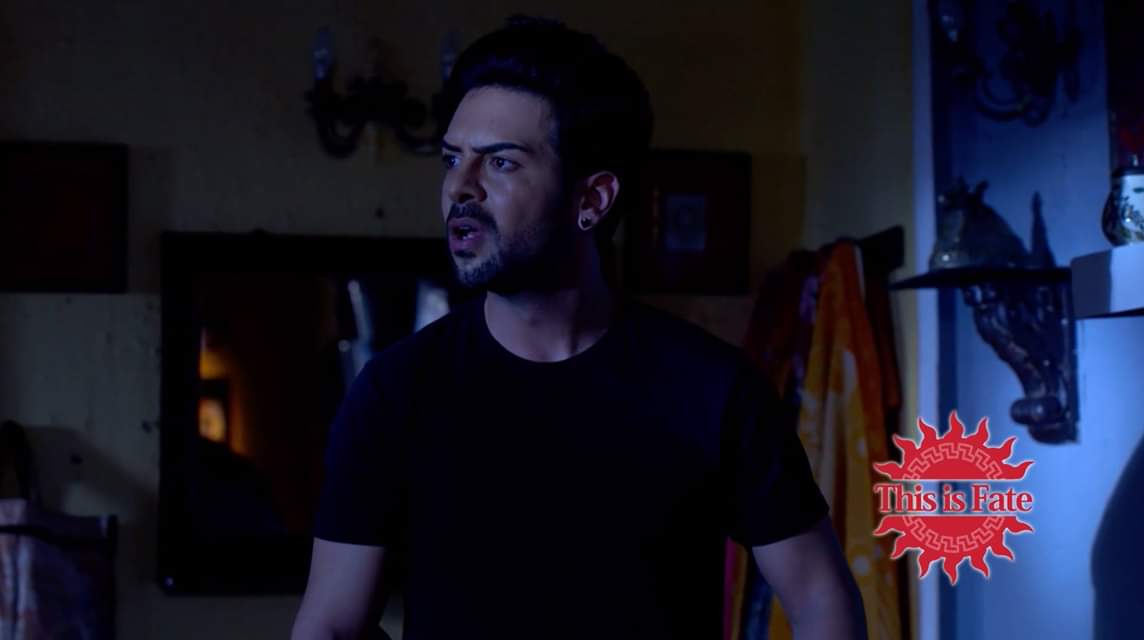 WEDNESDAY 30TH JANUARY ON
THIS IS FATE

The doctor tells Sarla and family that Janki is perfectly fine, he wonders why she didn’t get conscious by now. He suggests to wait for some more time, she might wake up soon. Preeta tells Sarla she will stay at home to help her today with chores at house. Shrishti also insists to stay, but Preeta says there was a call from her office and she has to leave. Sarla was proud of her daughters. Bee ji forbids her being over emotional at this moment.

Sherlin comes to Luthra’s house. Karan doesn’t greet her, she stops him and reminds about touching her feet as she is the elder sister in law. Karan says she doesn’t feel like any elder to him. They discuss about Preeta. Sherlin says Preeta is lucky that someone of Prithvi’s status is marrying her. Karan corrects that Prithvi is lucky, as anyone would marry Preeta. Kareena spots them and calls Sherlin to herself. She warns Sherlin that Rishab would be upset if Karan is upset with her, as Rishab’s life lie with Karan.

Rakhi tries to speak to Sameer. Sameer clarifies he doesn’t like Shrishti at all and won’t marry her, she is so dominating over him. He is irritated by her. Rakhi laughs and takes it casually. She tells him to fell in love with Shrishti then, she is a nice girl. Sameer leaves the room.

Kareena brings Sherlin aside and shares with her that Rishab has turn into a caretaker. It now seems Prithvi isn’t as ideal as she thought him to be, Rishab gave his photo to his secretary and wants an inquiry about him. Sherlin was alert, and coughs badly. As Kareena hurries to take water Sherlin decides she must inform Prithvi about Rishab at once. Karan was looking for Sherlin to clarify it was Preeta who broke her engagement with Deepak.

Sherlin calls Prithvi. He says he is really afraid right now and must hurt Preeta badly to be relieved. He is going to meet Preeta to show off his love for her, only then she will marry him. Sherlin hurries him to meet her right away. Prithvi says he has no time to meet her today, he has to prepare a fool proof plan against them. Sherlin insists it’s important, Prithvi agrees to meet her in a restaurant.

Sherlin says he loves her more than he does, Punnu. Karan hears the conversation and decides to catch them red handed; he will question her straight in face today.
Kareena stops Sherlin for water. Sherlin says she feels really ill because of yesterday and must go home to take rest. Kareena feels pity for Sherlin. Karan says not her but they all are worth pitying.

Sameer curses his car which didn’t get fixed. He turns to see Shrishti at a flower shop wave at him. He jerks the idea thinking it’s a day dream. He calms himself down and turns around. Shrishti was holding a red rose and walks to him. Sameer says he doesn’t want to marry her. Shrishti was offensive and says she isn’t also dying to marry him and wanted to be nice.

He asks if it’s really not a dream. Shrishti tells him to pick her rose up. Sameer offers the rose to her. A man nearby comments soon they fall in love as well. Sameer slaps the flower on floor. Shrishti says the girl who will marry him is going to suffer badly. She turns around and slips halfway. Sameer holds her in his arms and questions if she is fine. He says only she must have a feeling for him in her heart and heads on to hire an auto.

Sherlin was tensed thinking about Rishab while she drives the car. In the car, Karan thinks he didn’t tell Preeta about going behind Preeta. He stops the car at a signal few cars behind Sherlin. Preeta’s phone rings at home. Sarla takes the call at landline and tells Karan Preeta went for grocery and left phone at home. Karan tells her to ask Preeta call him back.

Sherlin’s car move ahead at the signal, Karan follows her at a distance. Preeta was walking across the road, a car passes by and the mud fill her face. It was Sherlin who did this deliberately to Preeta…