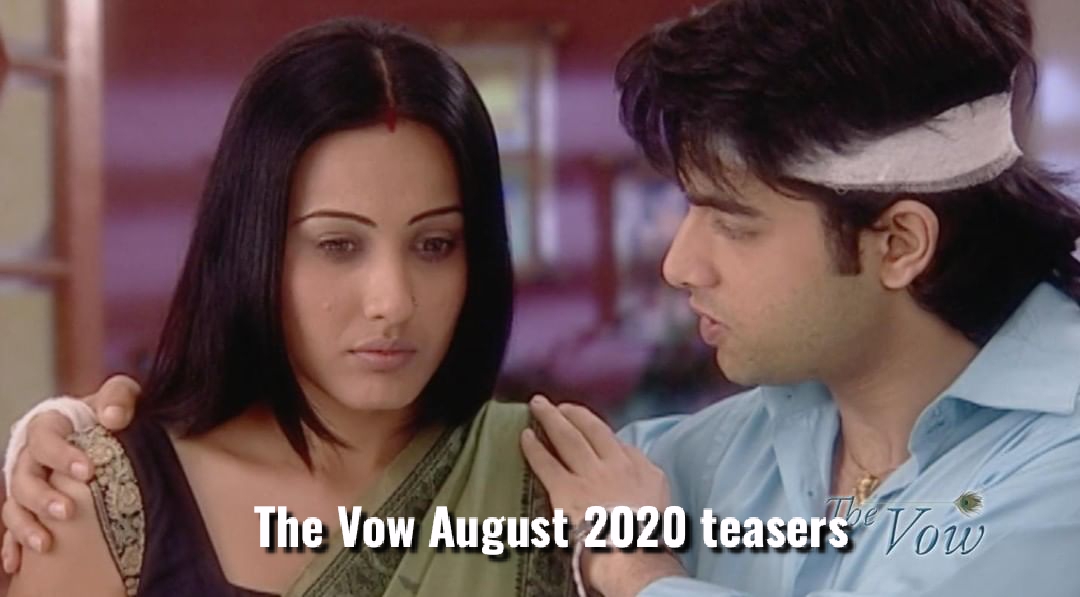 The Vow August teasers 2020: A feud arises between the two sisters; will a man be the one to separate their bond. The truth about Vydia’s pregnancy lands in the wrong hands

Sindoora’s plans are revealed, this time Aniket is her target. The Private investigator that Sagar hires puts Vydia as one of the suspects for Sagar’s attempted murder case.

Sagar stops the investigation when he finds out that they are suspecting his family members. Chandra catches Heera and Mahua hugging and embracing each other. What will Chandra do about this?

Sindoora and the family finally agree to Raghiv and Mahua getting married. Sagar is shocked when he sees that Aniket’s health has improved but he has no knowledge of this.

Sindoora pins Aniket as the one secretly buying out the Singh company. Aniket is forced into a situation where he has to reveal his actual health condition. How will the family react to this?

Sagar is convinced that Aniket is the one who tried to kill him and tried stealing the family wealth. Sagar takes a drastic step that separates Aniket from the family.

Sagar appoints Sindoora to work at the office beside him. Little does he know the enermy she is. Later, Gayatri suggests that Vydia replaces Sindoora and work side by side to Sagar.

Gayatri is shocked at Sindoora’s sudden change of attitude. Could Sindoora be trying to deceive her with her act?

Sindoora makes Gayatri her target to get rid of, what will Sindoora do now? Gayatri is involved in what looks like a planned accident.

A feud arises between the two sisters; will a man be the one to separate their bond. The truth about Vydia’s pregnancy lands in the wrong hands.

Vydia tries to find a way to reveal the truth to Sagar but finds a lot of challenges along the way, will she be able to complete her mission?

Vydia tries to reveal the truth to Sagar but she is rather met by a very unexpected reaction. Could Sagar have forgiven Vydia?

Vydia gets tired of Sindoora’s scheming and bursts out with the truth to the family. Sindoora counters her act by revealing Vydia’s truth about the pregnancy.

The whole family seems to be turning against Vydia. She is later thrown out of the house. Vydia decides to go back to Banaras, will this the end of her marriage?

Sindoora gives Sagar divorce papers claiming that they are from Vydia. Sindoora tries to remove Vydia’s belongings from the house but it seems like Sagar is finding it hard to let go.

It appears that Heera’s intentions with Vydia aren’t as innocent as she thinks. Sagar realises that his life is incomplete without Vydia, what will Sagar do to get his love back.

Sagar’s search for Vydia finally comes to an end when he finds her.  A series of events finally bring back all the memories of the accident and the person behind it. What will Sagar do with the information?

Sagar and Vydia come up with a plan to take control of the power of attorney. Sindoora suspects that Sagar may be putting up an act about his condition. Will she catch them out on their plans?

Sindoora resorts to a life threatening situation to get the truth out of Sagar. Will Sagar fall for Sindoora’s plans?

Sagar and Vydia seem to have succeeded in framing Sindoora. Sindoora breaks out and vents out her anger to Sagar. She then realises that Sagar has been pretending all along.

Sagar overhears Sindoora talking about her plans to kill Vydia and himself. He and Vydia run away. Will Vydia and Sagar have their happy ever after?

Will Vydia and Sagar have their happy ever after?