Fernanda to reunite with her daughter and kill her father, Bernardo with a Chainsaw. Ringo, Jesus, Fernanda and Gustavo die during an operation. It’s also happy ending for Miguel, Angela, Samantha and their families. 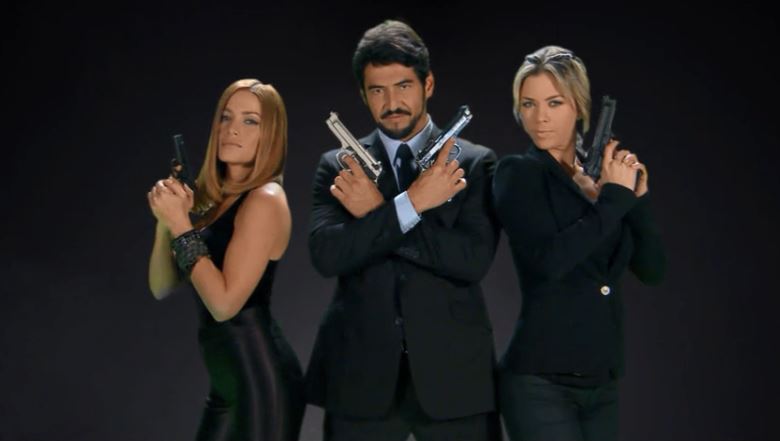 Samantha pretends to faint in order to corner Jesus Matamoros and turn him over to the police.

Bernardo pretends that he will help Fabiola, but in the end he does not as a revenge on Miguel.

Things are reversed. Matamoros guards Samantha and ties her to a chair.

Ringo arrives in defense of Fabiola and targets Bernardo.

The director of the boarding school, Juan Marcos and Ángela, f ind María Fernanda lying on the floor of her room: she has been stabbed.

Jesus manages to escape with El Gigante and helps Miguel out of the country.

Juan Marcos appears to María Fernanda as her father.

Samantha and Willy confess their love, but he says they can not be together anymore.

Yvonne gives birth to a child. Jesus receives him in his arms.

Miguel looks for Fabiola and finds Camilo, who is looking for Clara.

Juan Marcos gives his family good news about his tumor.

Angela and Juan Marcos receive María Fernanda at her home, but she asks to meet her mother.

Miguel wants to negotiate with Fernanda the information of his daughter for Fabiola and Clara.

Willy calls Miguel and tells him that he has in his hands a video with which the family lawyer extorted his father and tells everything. Miguel asks him to go to Colombia immediately.

Willy and Nora arrive to interrupt the celebration of Fernanda’s wedding so that she can watch the video of the family’s lawyer, where Bernardo confesses that her daughter is not dead but he had sent her to a boarding school in Switzerland.

Yvonne confesses to Jesus that Fabiola is in the jungle, trapped like an animal.

Fernanda takes her daughter with her.

Fernanda complains to Bernardo for having taken her daughter away from her and Ringo is pointing at him.

Miguel and Camilo enter armed to a brothel and manage to rescue Clara, who is in very bad conditions.

Jesus tells Miguel where to find Fabiola and he rescues her.

Fernanda murders Bernardo with a chainsaw and cooks his heart to eat it with Ringo.

Samantha and Willy fix their differences and spend a night of passion.

Laura tells Gustavo that they will have a child.

Laura, Gustavo and Willy are present at the operation in the house of Jesus. Ringo ends up dead, Samantha rescued and Willy wounded.

Jesus manages to cover Lady and Piety so that they can escape.

Miguel follows Yvonne when she is about to escape. Yvonne shoots Miguel, but Fabiola escapes from the hospital and fights with her.

Angela receives a bomb inside a cake.

Yvonne slashes Fabiola, but Miguel manages to shoot and kill her.

Jesus is about to flee in a helicopter, but he is shot and he falls dead.

During the operation they shoot Juan Marcos and María Fernanda, in front of Fernanda, she goes mad with pain and leaves with two machine guns firing at everyone. The police shoot her and Fernanda dies.

Emma is expecting her second baby with Pablo and enjoys success in her exhibitions in Barcelona.

The Verdugo is reunited with his daughter Jessica in Italy.

Miguel, Angela and Samantha manage to be happy with their families.