While Seasons one and two were loosely based on the life of Amado Carrillo Fuentes, an infamous drug lord from Mexico, Season 3 and subsequent seasons have their leaning towards pure fiction.

Also, the theme of drug becomes a minor part of the show as season 3 is focused more about…

☑ The fight for dominance between cartels,
☑  The relationships between Mexican and Colombian traffickers,
☑ Political, military and police corruption in Mexico and Venezuela, and also corrupt DEA agents.
☑ There are also a lot of romances, strife and jealousy.

And this quite frankly makes Lord of the Skies appealing to its growing audience base. After all, drug isn’t the only theme left to explore and continuous dwelling on it might make the show a drag.

Plot, Lord of the Skies season 3.

In season three, after several months imprisoned in naval bunker in Mexico, Aurelio receives the mutilated head of his brother Chacorta in a box, implying that his brother has died.

This gives him reason to wage a war against all his enemies and to look for the murderer of his brother in other to avenge his death.

Yet after all the problems with the government and the DEA, Aurelio learns that he suffers from kidney failure.

As season 3 ends, Aurelio is badly in need of a kidney transplant. He has already undergone dialysis, but  even that has stopped working. Unfortunately he has a rare blood type that makes finding a donor very difficult.

His latest plan is then to search out his former lovers, hoping that at least one has had his child who may be a match. That invariably should form the main theme of season 4.

Spoilers, Lord of the skies 3

Feelers and opinions has already revealed  that the gangster will have a sort of change of heart in this season. Aurelio is apparently willing to turn against his allies and cooperate with authorities as long as they agree to forgive his crimes in return.

Plus knowing that death beckons should make any man want to live his final days in peace, this is in hopes that they find redemption, whether in this life or the afterlife. 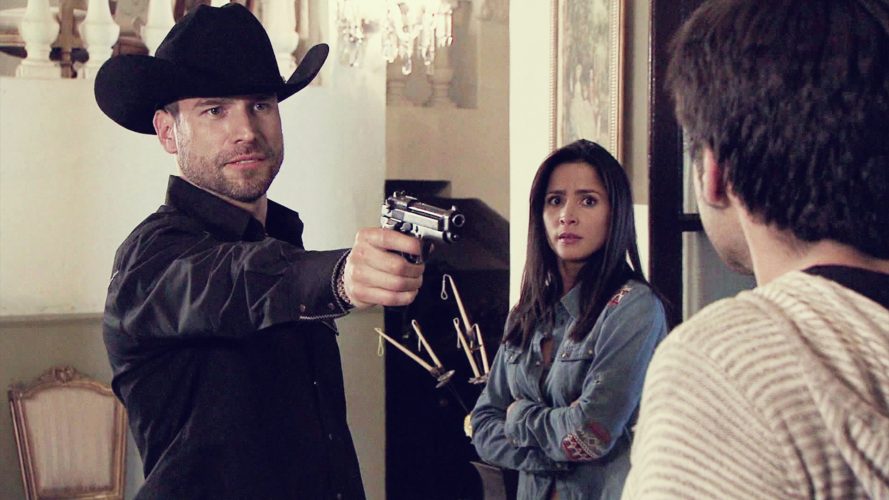 Also, Leonor will dangerously be close to betraying her principles (and) for a moment there will fall victim to the seduction of Aurelio Casillas, her number one enemy.

How Aureilo manages to get under the skin of a strict and objective officer should be something exciting to watch out for.

Also, back as a main character in the third season of Lord of the skies will be José María “Chema” Venegas (played by Mauricio Ochmann). This time around, he conspires with “the Iranian” to transport uranium to Mexico and on to the United States.

However Chema won’t be returning for season 4 due to some work commitments. His character will be temporarily laid to rest through a capture where he surrenders to authorities and was jailed. Fortunately he may be returning in season 5.

The show will also introduce new characters who will also be in Season 4 – a young and corrupt Venezuelan oil dealer played by Gabriel Coronel, and also Plutarco Haza, who will be Aurelio Casilla’s main enemy in season 4.

Some complications in Season 3 that should be resolved in the finale are the recent entry of “the Officer” (played by the same actor who played Gustavo in Escobar: Patron del Mal) and Feyo, an older drug lord from Michoacán, who is connected to a Mexican vigilante group and had an affair with Aurelio’s mother.

In all its a never a dull moment with Lord of the skies season 3.

New casts in Lord of the skies 3.

These are the new casts for season 3 to expect, they along with the main casts of the series will thrill you for the 104 episode run of Lord of the skies season 3. If you want to remind yourself on who the main casts are then follow this link to the season 2 where there’s a detailed description of their character.

Read November teasers for Lord of The Skies season 3