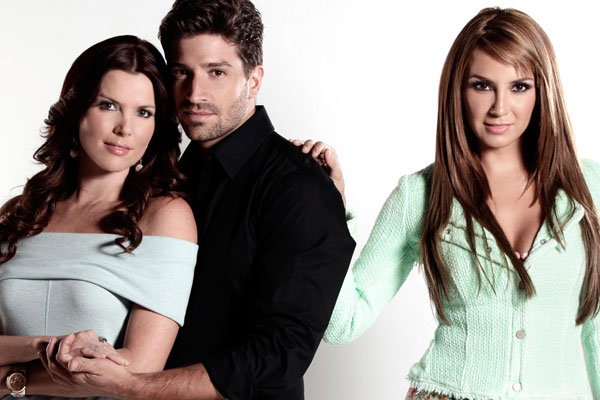 Episode 90
Valeria threatens Dr Donato and asks him to give her the same electroshock treatment that he gave to the children all those years ago.

Episode 91
Martin finds out that Alicia wants to receive electroshock treatment, and tries to stop her. Dr Donato finds out that the police are looking for him.

Episode 92
Ezequiel and Martin rush to Donato’s clinic to stop him from harming Alicia. Alicia finds out that Valeria kidnapped her and took her to the clinic.

Episode 93
Martin warns Valeria that he will make her pay for Antonia’s death and for all the trouble that she has caused. Alicia asks Ezequiel for a weapon.

Episode 94
Alicia reveals to Ezequiel where Valeria might be hiding. Alicia tells Diana that Valeria is guilty of the crimes that Luciano has been blamed for.

Episode 95
Ezequiel has a plan to get back at Valeria, but when Martin and Alicia arrive at Valeria’s country house, they find Ezequiel seriously wounded.

Episode 96
Valeria doesn’t want to go to jail, and asks Alicia to help her. Layton is convinced that Alicia is the real killer, whereas Martin suspects Luciano.

Episode 97
Luciano assures Martin that he loves Diana and that he is not responsible for Veronica’s death. Miguel Angel reproaches Alicia for killing his mother.

Episode 98
Rafaela tells Alicia that she knows Alicia is responsible for all the crimes. Buenaventura is worried because Rafaela isn’t answering her phone.

Episode 99
Alicia forces Rafaela to talk to Tomas on the phone to calm him down, and Rafaela promises him that she will stop investigating Alicia.

Episode 100
Alicia forces Rafaela to tell Martin that Natalia is the assassin and that she and Alicia are in terrible danger. Alex doesn’t believe this.

Episode 101
Buenaventura questions Alicia, but she manages to confuse him and he falls into her web of lies – he even believes that Natalia has an accomplice.

Miguel Angel warns Alicia that he will tell Martin the truth. Luciano finds Mariana’s dress in her room along with a note.

Alex visits Martin and begs him not to marry Alicia, he tells Martin that Alicia is the real killer and that Natalia is innocent.

Sister Luisa asks Alicia if she is responsible for all the deaths that have occurred, but Alicia denies everything. Layton wants Alicia dead.

Buenaventura is looking for Alicia, but he can’t find her anywhere. Alicia meets with Francisca, and she has an evil plan.

Tomas searches Alicia’s apartment and finds a ring. He wants to find out who it belonged to. Alicia is worried about Tomas discovering her.

Samaniego goes looking for Alicia – he wants to question her about her lies. Why did she say she was in Boston when she was actually in Miami?

Hitmen have been ordered to look for Alicia. Martin accuses Alex of hiring them, but after Alex saves her, Alicia defends him.

The engagement party to celebrate Alicia and Martin’s engagement is underway. Laura makes an announcement, and Alicia makes a shocking decision.

Buenaventura pressures Alicia to end her engagement with Martin. Alicia asks Natalia to meet her in a car park – she has another sinister plan…

Buenaventura swears that he will rescue Natalia from where Alicia has her. Alicia takes Tomas, Buenaventura and Natalia as hostages.

It is the day of Alicia and Martin’s wedding. Alicia takes Natalia with her as her maid of honour, and whilst there, Natalia asks Diana for help.

Alicia tries to attack Natalia but Diana arrives to stop them. The police arrive at the wedding reception. Ezequiel reveals some shocking news.

Diana finds Alicia’s pregnancy test. Martin tries to work out the truth behind the story Alicia told him. Alicia wants Diana to kill her.

Martin tries to convince Alicia to leave with him, and tells her he still loves her. Will justice be served, or will Alicia escape from her crimes?