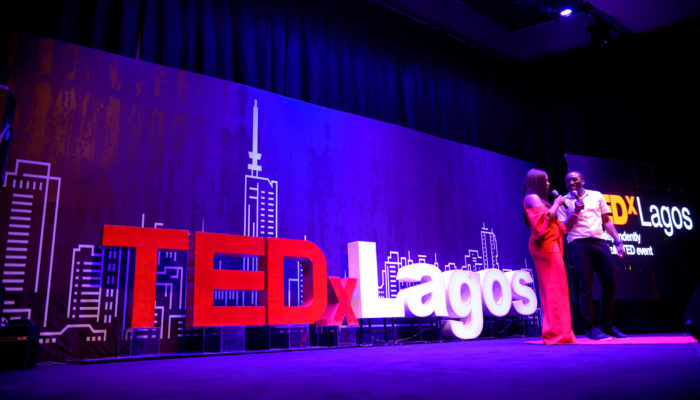 In case you missed it, then here’s another opportunity to catch up on what went down at the recently concluded TedxLagos. But if you are wondering what a Ted talk is all about, then this definition should explain better:

TED Conferences LLC is a media organization that posts talks online for free distribution under the slogan “ideas worth spreading.”

TED was founded in February 1984 as a conference which has been held annually since 1990. TED’s early emphasis was on technology and design, consistent with its Silicon Valley origins, but it has since broadened its repertoire to include talks on many scientific, cultural, and academic topics. It is owned by Chris Anderson, a British American businessman, through the Sapling foundation -Wikipedia

Tedx talk is therefore a branch created in the spirit of TED’s mission, “ideas worth spreading.” It supports independent organizers who want to create a TED-like event in their own community.

Consequently Ted talk can be held in any country and hosted by an organisation with licence from Ted. It is in this backdrop that Tedxlagos began and in its recently concluded event, BankyW was one if it’s key speakers.

BankyW gave an in depth speech on how citizens can become more involved in nation building instead of becoming unconcerned with the actions of people in power.

Watch the full video below: