Pope Francis who is currently the religious head of the Catholic Church globally has condemned the act of abortion in its totality. He made this known while addressing the weekly general audience at St Peter’s Square. In his words:

“…A contradictory approach to life allows the suppression of human life in the mother’s womb in order to safeguard other values. How can an act that suppresses an innocent and helpless life as it blossoms be therapeutic, civil or, simply, humane?”

Advertisement
” to take a human life, no matter how small.

In the wake of his recent anti-abortion statement is a prolong fight over the right of a mother to abort a pregnancy if she feels she cannot cater to it.

This also in the wake of his earlier years of becoming a pontiff in 2013 where Pope Francis appeared to be cultivating a softer stance towards issues such as abortion and homosexuality.

He had been of the opinion that the Catholic church must move on from such arguments and “heal wounds” while focussing instead on “compassion and mercy”.

This article is published with credit to The Guardian. 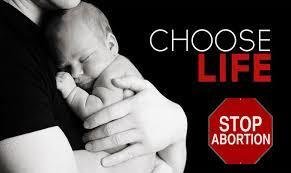