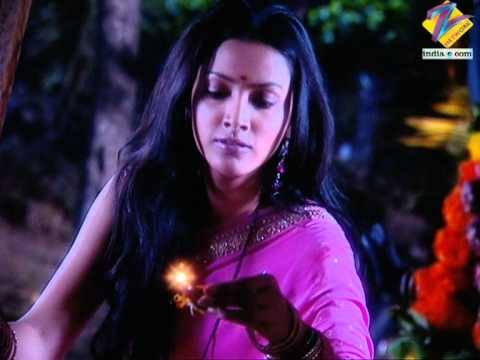 If you are currently engrossed in the Bani and Jia love story as seen on The Promise, then you should be wondering what this cottage secret is all about that Jigyasa fights so hard to protect while Bani struggles to uncover.

Sometimes it is shown that a person is actually living in the cottage; and at other times a mysterious aura harms people who enter into it. Grandma, Bani and even Gangaa are victims of this unexplainable phenomenal. What then is in this cottage?

Well, based on the full story and the teasers for October and November released so far, it is discovered that Pia who supposedly should be on treatment in America had been living there. Hidden by Jigyasa for over six months.

Mr Walai also discovers the glove of the kidnappers who killed his children. So we here are very sure this cottage secret is connected to the kidnap and death of the Walia twins, Krishna and Atherva.

At first Jigyasa takes the blame for their death, but the ever nosy Bani does not believe her confession. She suspects Jigyasa is been blackmailed into taking the blame for the death of her children and it turns out to be the truth.

Daksh discovers who the killer is, however he is killed before he could share his findings. The one who had killed the twins is none other than Jia Walia’s second wife Meera. The same Meera who has been trying her best to reunite the brawling couples and even pushed for the adoption of Ganga.

Hey, dont let her good looks and kind personality fool you, she is the one with the true answer to the cottage secret. She had kidnapped and killed Krishna and Atherva just so she could split Bani and Jia apart. She is the one blackmailing Jigyasa so she could take the blame for their death and She even ends up killing Bani. (Supposedly that is, because Bani resurfaces with a new face and identity Pronita).

So guys, let’s discuss for What or who do you think is this cottage secret that is currently shaking The Walia family?