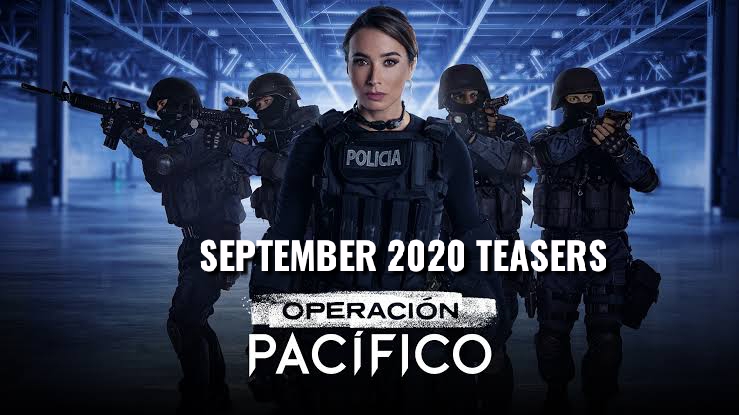 Majida Issa plays the lead role of Captain Amalia Ortega, a fearless woman, wife, mother and captain of the Secret Intelligence Unit of the Police, who jeopardizes her career, her life and her family in an attempt to capture El Guapo (Julio Bracho), a mysterious and powerful Mexican drug trafficker. Only her focus and determination will help her fulfill her mission.

Operation Pacific avail us the opportunity to see the other side of the coin and get to meet the heroes who fight for justice and try to end corruption, we will also relate to Amalia as she struggles daily trying to balance her personal and professional life

Federal agent Amalia Ortega raids a drug warehouse, while another shipment is seized in the Sonora desert. Both are linked to drug kingpin El Guapo.

Amalia moves her children to a maximum security house while efforts are made to rescue her husband, Jorge, who has been taken hostage by the Doctor.

Having managed to escape, the Doctor hires a contract killer to deal with Amalia, targeting her when she and the children visit Jorge in hospital.

Going undercover as a prostitute, Paula is tracked by her police colleagues and leads them to the Doctor. Amalia’s men surround the Doctor’s house.

Amalia and her team succeed in preventing the Doctor’s men from rescuing him. But Vargas makes plans to have the Doctor silenced permanently.

Amalia has a fatal encounter with Mama Gladys. López dismantles the unit and requests presidential authorisation to operate clandestinely. 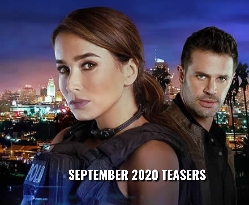 Pedraza receives Amalia’s warning and manages to escape. Amalia locates the laboratory, but is ordered to share all her information with Vargas.

Amalia, Pedraza and a badly injured Vargas return to Bogotá. Mr M’s lawyer manages to get him off the hook. Vargas puts out a contract on Pedraza.

Pedraza has a narrow escape when an attempt is made on his life, and he is sure El Guapo is behind it. Vargas challenges Pedraza to prove his guilt.

Wilson succeeds in extorting money from Jorge by kidnapping Mariana and holding her to ransom. Amalia discovers her husband and Mariana together.

Amalia manages to escape from her captors, and rescues Pedraza. They go after the Governor, but he gets away. Paula and Rojas discover the real Mr M.

The Governor kidnaps Jones. Amalia and López devise a rescue plan, but an informant warns the Governor, and Amelia and her men are taken prisoner.

Paula and Rojas finally obtain enough evidence to incriminate the Governor. Amalia closes in on Mr M, but when she confronts him he manages to escape.

A suicidal Mariana overdoses on heroin. Amalia confides in Pedraza about the failure of her marriage, and they end up in bed together in a hotel.

Amalia gives López the evidence he needs to open an investigation on Vargas. El Guapo calls and thanks Vargas when he finds a way to deal with Mr M.

Amalia asks for permission to investigate Vargas, as she is sure he will lead them to El Guapo. Meanwhile, she and Pedroza discuss their relationship.