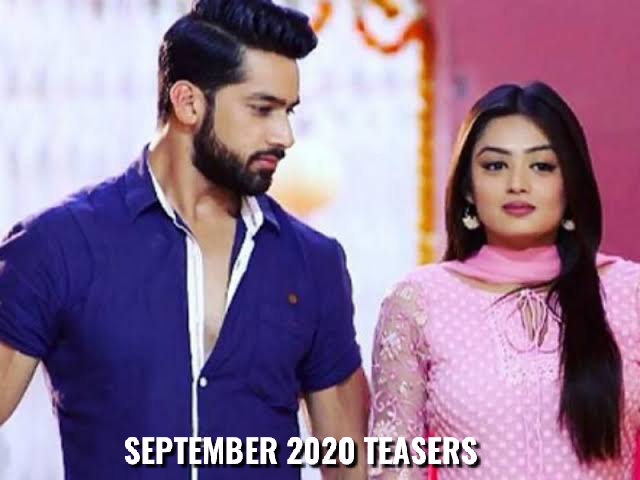 Mehek is the story of a young girl from Delhi, India whose love for cooking is closely tied to her mother’s memories. Mehek’s life takes a new turn however when she meets Shaurya, a rich and arrogant, restaurateur.

Meanwhile Eddie Gabela a successful businessman from Africa moves to Delhi with his wife Leleti, daughter Norah and son Dennis. Dennis has been implicated in a serious crime and whilst the family knows he’s innocent they are helpless to save him from these false accusations and decide to leave Africa for his safety.

Nikita and Ajay place obstacles to hinder Mehek and Shaurya. Will they deliver the food in time? Eddie is recovering and Seema has a whole lot to do with that.

Mehek and Shaurya save an inoccent mans life. Once again Nikita’s plan has backfired on her. Eddie is at home recovering with Leleti by his side.

Mohit is in tourble and happens to be Shaurya and Mehek’s only way out. Seema struggles to get money out of Ajay and his mother.

Shaurya plans to make everything right for both families. Pammi threatens Karuna. Eddie offers to help Seema with her money troubles.

Karuna blames Mehek for Shaurya’s disappearance. Swetlana is back with a vengence. Leleti will do anything to keep her online business afloat and Dennis introduces Priya to his family for the first time.

It’s a fight to the death for the Khanna Property documents and Mehek is not giving up this time. Seema tries to help the Gabela family raise funds for their online business.

Shaurya and Mehek fight for their lives, will Mr Karuna save them in time? Karan works on trying to get to the bottom of Eddie’s poisoning.

Shaurya and Mehek work they magic as they get Ajay to start sympathising with Mehek. Seema is cornered and eventually confesses to having poisoned Eddie.

Ajay is under the impression that Mehek saved him, will this be enough to win over his trust? Karuna and Kanta have caught on to Shaurya and Mehek’s plan. Karan is out looking to bring Seema back to the Gabela home at Eddie’s request.

Ajay is at Mehek’s aid once again. Nikita doesn’t trust the whole situation and has begun tailing Mehek and Shaurya. Seema is back at the Gabela house and trying to make amends for her mistakes.

Ajay forces Pammi to let Mehek live with them. The entire family is hopeful about Shaurya and Mehek’s plan. Sanjana reaches out to Karan and Norah for support in her time of need. Sharma’s tax evasion lands him in hot water thanks to Dennis’ whistle blowing.

Uncle Jeevan cuts ties with Kanta and Mehek. Shaurya only has seven days to rectify everything. Karan makes it to see Sanjana at Norah’s request and realises she is dying from cancer.

It’s crunch time as Ajay asks Mehek to marry him. Nikita is bent on showing everyone that Mehek is making a fool out of Ajay. As Sanjana gets weaker from her illness Norah decides to move her into her home for care.

The Sharma’s and the Khanna’s make their way back into the Khanna mansion, but Nikita won’t let things get any easier for Shaurya and Mehek. Karan is not too keen on Sanjana moving in and Norah will not hear it. Leleti trips and falls at home.

Shaurya has disguised himself in order to get the property papers back from Nikita. However, Nikita has a whole new plan up her sleeve. Sanjana offers to look after Leleti to help her to recovery but how sincere are her intentions.

It’s a scramble for the property papers as no one backs down. Ajay doesn’t take it too kindly as he finds out how he has been fooled. Leleti is accidentally burned by Sanjana or is it really accidental?

Mehek’s life is in serious danger and Ajay has promised to kill Mehek this time around. Will Shaurya find Mehek in time? Sanjana has other plans for Karan as she is trying to get him to relapse to an old drug habit. Sanjana drugs Leleti while she is deep in her sleep.

Having conquered Ajay and his partners in crime, the Sharma family still long to have Mohit back at home. Leleti is critical in hospital and Sanjana is disappointed she made it.

Forgiveness goes a long way, especially for a loved one. Mehek and Shaurya finally go for their first honeymoon. Leleti is finally discharged from hospital to continue recovering from home. Karan opens up to Dennis about his drug addiction past.

Tragedy strikes again as Shaurya is no longer whole. Bonds that were once created have been broken. Dennis starts to doubt Sanjana’s claims that she is dying from cancer. Karan and Dennis corner Sanjana to open up about her tricking Karan to be addicted to drugs again.

Shaurya has still not gotten over losing Mehek. Karuna tries her best to comfort and help Shaurya move on. Norah is excited that Karan will be returning from rehab centre in a few days.