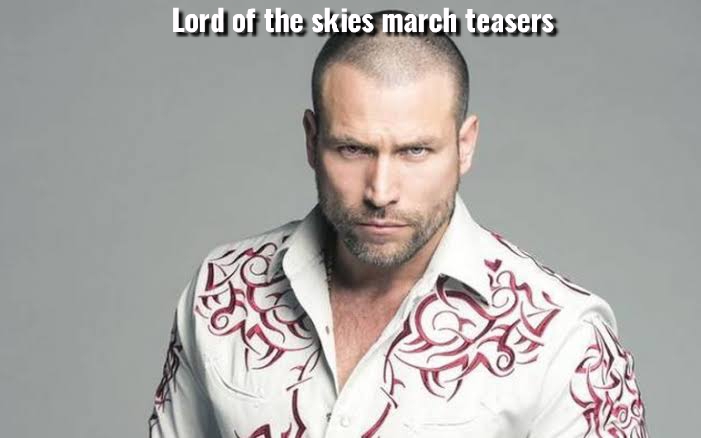 Aurelio is a fugitive on the run, they are more discovery for him to make and Old enemies to fight.

Lord of the skies March teasers 2020:

Aurelio is now a fugitive in the Veracruz forest and manages to escape from Cabo’s men. Meanwhile Corina has infiltrated the police force as ‘Gabriela’.

The Mexican president gives orders to catch Aurelio, dead or alive, and orders the arrest of Carla Uzcátegui. Meanwhile, Javi is badly injured.

Aurelio deprives Corina of her freedom. Kashi is happy to find Super Javi alive, but Javi is upset when he realises he is suffering from amnesia.

Aurelio apologises to Rutila, while Zuleta threatens Mayra. Cabo is furious when Jaime informs him that Omar is refusing to meet with him.

Mayra makes a confession to Castillo. When Corina asks Aurelio to let her go, Aurelio asks her to turn in Colon in exchange for her freedom.

Leandro introduces himself to Cabo. Meanwhile, Aurelio orders his children to leave the country, but Rutila refuses.

Garañón and his people search for Javier in Kashi’s house, but they only find an open window. Meanwhile, Skinny prevents Zuleta from following Rutila.

Casasola and Garañón become impatient with Leandro. Zuleta lies to Omar, while Rutila continues to worry about Javier.

Corina makes it clear to Aurelio that she doesn’t care if he has other lovers. Meanwhile, Omar and Cabo come to an agreement.

Zuleta shows Cabo the video of the President murdering his wife. Meanwhile, Leandro carries out an attack on Cabo’s laboratory.

Aurelio rescues Amber, and then warns her not to betray him. Meanwhile, Corina gives Rutila the coordinates of where Super Javi’s plane fell.

Javier doesn’t recognise Rutila. Aurelio is furious when he discovers that Amber escaped, while Omar becomes increasingly lost and delirious.

Castillo is uncomfortable when Omar orders him to work with Zuleta. Leandro calls Muela Tiesa at the precise moment that the DEA attacks his camp.

Aurelio manages to convince Garañón and Casasola that he had nothing to do with Quezada’s death – but then discovers that Quezada is not really dead.

Kashi asks Milena for forgiveness for having slept with Javier. Meanwhile, Uzcátegui and Castillo decide to start a smear campaign against Omar.

Omar is furious when he hears about the smear campaign. Rutila tells Aurelio that she and Ismael are thinking about starting their own business.

Next: April on Lord of the skies season 6