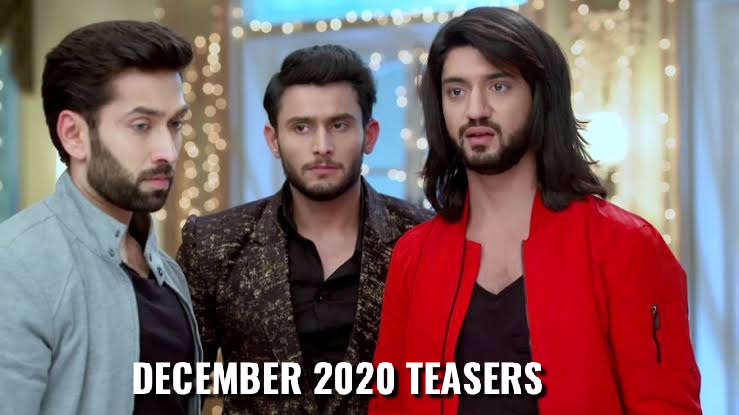 Game of love December teasers: there’s a murder in the Obeiro mansion, who could be the murdere? Rudra stops Bhavya from leaving the country and proposes to marry her, there’s a wedding in the pipes…

Rudra tries to stop Shivika from leaving by threatening to shoot himself. Later, Shivika leave the Oberoi Mansion.

Anika and Shivaay try to save a school bus from being carjacked. But the carjacker holds Anika hostage and speeds away!

Shivaay saves the children as the bus oscillates at the edge of a cliff. Anika jumps off the bus, while Shivaay stays inside as it falls off the cliff!

Shivaay meets the estate officer for his new business. Omkara and Rudra chat with Shivaay on a video call and promise to stay together.

The Oberoi Mansion is divided into two when Omkara spends his first day at work. What happened?

Someone sneaks in and scares Anika while she is alone. Shivaay croons a song with Anika to lift her mood!

Tej breaks all the things related to Shivaay, leaving Omkara and Rudra emotional. Meanwhile, Shivaay gets hit on the head while fighting the goons.

Omkara reminds Tej that he, Shivaay and Rudra are inseparable. Anika gets trapped while chasing a strange woman!

Dr. Veer helps Anika regain consciousness and tells Shivaay that he is their neighbour. Gauri doubts Tia’s intentions. Why? 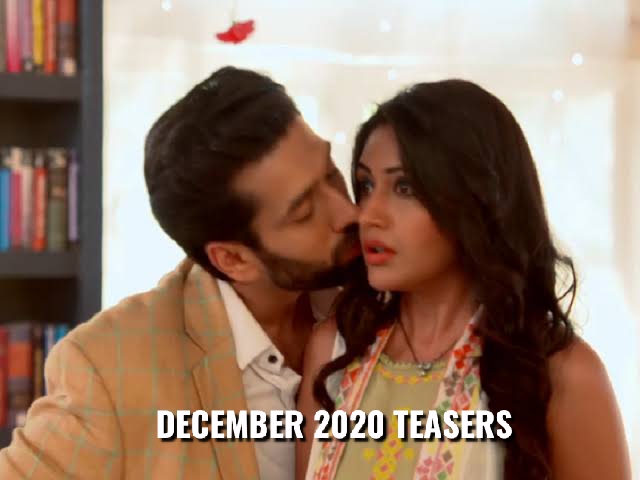 Gauri is doubtful about Tia being blind. Anika sees a woman and is shattered to find her in the kitchen!

Gauri tries to expose Tia, while Omkara, Rudra and Gauri visit Shivaay and Anika for a feast!

Gauri gets the mysterious lady arrested at night. The Oberois plan a carnival for their new year bash. Will Anika be safe?

Everyone is shocked to find Anika unconscious. Later, she tells them about the mysterious lady. But, the CCTV footage reveals something different. How?

The mysterious lady troubles Anika again. Only this time, Shivaay sets out to investigate it. Will he crack the case?

Shivaay figures out that someone is conspiring to prove Anika mad. Veer vows to implement his plan against Anika. How will Shivaay save Anika?

Shivaay feels helpless as Anika starts believing that she is going mad and asks him to send her to a mental asylum!

Shivaay and Anika plan to trap their anonymous enemy. They create a scene where Shivaay pretends to leave the house. Will Veer fall for this?

Shivaay tries to catch Komal. But Veer abducts Anika while Komal decides to do something horrible to end the chaos.

Veer stops Komal from revealing the truth to Shivaay. Anika gets paralysed after Veer injects a chemical into her body. Meanwhile, Gauri commits a costly blunder!

Rudra stops Bhavya from leaving the country and proposes her to marry him. Shivaay receives an anonymous parcel. What is in it?

Shivaay decides to enjoy along with his brothers and their wives. Little does he know about the risk his life is in!

Shivaay feels dizzy and collapses to the ground. Later, Veer checks his condition and declares him dead, leaving everyone in shock.

Shivaay and Anika plan Rudra and Bhavya’s engagement ceremony. The brothers and their partners play a game of role reversal while Veer plans to kill Shivaay.

Shivika get emotional during Rudra’s engagement. They start the ceremony when Anika and Gauri reveal about a treasure hunt.

Shivaay does a video chat with Dadi for Rudra and Bhavya’s engagement. Later, Shivaay makes arrangements for the Lohri celebration, leaving Anika stunned.

Svetlana teams up with Veer to destroy Shivaay. While everyone enjoys lohri, Anika remembers the man who cursed her during their last lohri.

Rudra is shocked finding the corpse of a woman in Veer’s outhouse. Veer informs Svetlana that they are in trouble. Will they get exposed?

Veer is shocked as Shivaay secretly calls the police. The police arrive with their sniffer dogs, but will they find the dead body?

As ShiOmRu struggle to fly the kite on the occasion of Sankranti, their wives team up and support them. Meanwhile, Tej joins hands with Veer to kill Shivaay.

Omkara rips into Tej and ousts him when he tries to reunite with Shivaay. Shivaay is unaware of Tej’s evil intentions and convinces Omkara to let him stay.

Shivaay learns that Tej was taking medication to fake a heart attack. Meanwhile, Tej apologises to Om and Rudra and asks them to return home.

ShiOmRu throw Tej out of the house after his heart-attack drama. Veer decides to destroy Shivaay and gets ready to burn his wealth to dust. Meanwhile, Shivaay receives a shocking phone call.

Shivaay is heartbroken seeing his office burn down. Later, Veer and Tej send Lili to steal Shivaay’s diary which contains his banking credentials.

Tej is shocked on witnessing Veer’s new accomplice from Shivaay’s family! Later, Shivaay is dumbstruck on seeing his bank statement.

Shivaay grows restless to see zero balance is his account while Anika doubts Shivaay of hiding something. Will he be able to find a solution?

Anika plans to know about Shivaay’s enemy. While the Oberois celebrate Bhavya’s ‘Chunni’ function, Anika in disguise attends the party to implement her plan.

To identify their enemy, Anika pretends to leave the function, while Shivaay comes to see her off. Veer wears a mask and follows her. Will it all go as per the plan?

Shivaay sends OmRu, Bhavya, Anika and Gauri back to the Oberoi Mansion but Anika returns to him. Soon, Shivika learn a shocking detail about Veer while the latter tricks Tej into signing a legal document.

Shivaay and Anika learn more about Veer. The Oberois are shocked as their mansion is set to be auctioned. Who’s behind this?

The Oberois get emotional as each of their memorable things get auctioned. Shivaay awaits the fund transfer while Veer’s aide starts bidding for the auctioned possessions.

Shivaay manages to buy the Oberoi Mansion. Later, he proves Svetlana wrong when she reveals the Kalyani Mill’s secret. How?

ShiOmRu get rid of the partition and unite the family. Shivaay finds Veer across the street and speeds his car towards him. Will Shivaay run him over?

Shivaay dislikes the idea of celebrating Valentine’s Day and expresses his disinterest. Anika tries to track Veer and gets caught in a vexed situation.

Veer corners Anika and instills fear in her. Anika manages to escape from Veer and comes across Shivaay. Will Shivaay rescue Anika?

On Valentine’s day, an intoxicated Shivaay murders Anika! Later, the media assembles in his house to inquire about Anika’s whereabouts.

A police officer brings Anika to the house just when Shivaay is about to be arrested for her murder. Later, Shivaay decides to expose her, believing that the lady is a fraudster.

After Anika’s look-alike passes all of Shivaay’s tests, he and Veer decide to dig up Anika’s grave to clear their doubts.

Anika gains consciousness and tells Om and Rudra how she and Shivaay misled Veer about her death.

The Sangeet Ceremony starts with ShiOmRu’s performance during which, Veer signals Anika to loosen the screws of the stage’s backdrop. Later, ShiOmRu get high as Veer spikes their drinks with bhaang.

Anika is shocked when Veer reveals that Soumya is his aide. ShiOmRu, Bhavya and Gauri are shattered when Anika informs them the same.

ShiOmRu and their partners are shocked to learn that Soumya, Tia and Svetlana are sisters. Later, Anika teaches Gauri and Bhavya how to walk like her, while Jahnvi misses Tej during the wedding rituals.

The police barge in and ruin Shivaay’s party. Later, he loses his temper as the police try to arrest his mother, Pinky Singh Oberoi!

Soumya is annoyed as Shivaay reunites Roop with the Oberois. Later, Veer makes a shocking revelation!

ShiOmRu, Shakti and Tej are left wide-eyed as they see the Oberoi women showing their sexy moves on the tunes of ‘Laila Main Laila’. Will they stop them?

Veer learns that Shivaay has kept Tia at a secret place. He asks Anika to convince Shivaay to take Tia out of the house. Later, Shivaay and Anika are stunned as Tia gets kidnapped!

Shivaay and Anika rejoice after successfully fooling Svetlana. Tia gains consciousness and Shivaay questions her about the purpose of visiting him. Will she reveal the truth?