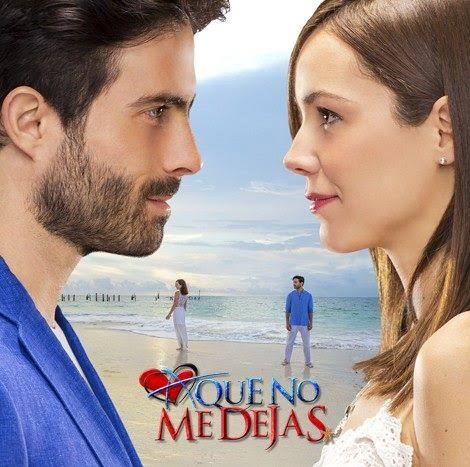 I dare you to leave teasers for March 2019 is available, read here. ..

Julieta notices Silvia is stealing, Nuria forces Micaela to tell her where her son is, and Fer confirms Eugenio and Rene are the same person.

Monday 4 March 2019
Episode 94
Valentina tries to seduce Eugenio, but he neglects her. Elsewhere, Gonzalo tells Angelica he cares about her, but he doesn’t know about Osvaldo.

Tuesday 5 March 2019
Episode 95
Jaime worries when he loses his sight momentarily, but Almudena is able to convince him to see a doctor. Meanwhile, Gonzalo and Alan meet again.

Wednesday 6 March 2019
Episode 96
Gonzalo finds out that Eugenio is his son Rene, who makes him realise what an awful father he is. Tobías makes his parents and grandmother angry.

Thursday 7 March 2019
Episode 97
It is Valentina’s dinner party but Rene, who was beaten by Mauricio, refuses to go. However, Mauricio is very happy to see Alan at the dinner.

Friday 8 March 2019
Episode 98
Micaela can’t find the pearls, Carolina tells Rene that Mauricio is in love with Valentina, and Gonzalo tries to find out who killed his friend.

Monday 11 March 2019
Episode 99
Valentina thinks of Eugenio. Alan gets a call from Fernanda and Adriana tells Julieta she wants her to take her to Spain when she is of age.

Tuesday 12 March 2019
Episode 100
The police investigate the shooting, while unconscious Gonzalo remembers moments from his life, and Mauricio and Valentina return to Cancún.

Wednesday 13 March 2019
Episode 101
Adrian explains to Jaime that his father commited suicide in front of Julieta, while the psychiatrist tells Julieta Jaime won’t abandon her.

Thursday 14 March 2019
Episode 102
Julieta kills Silvia, Rene goes to the hospital to donate blood to save Gonzalo’s life, and Valentina finally finds out who Eugenio really is.

Friday 15 March 2019
Episode 103
Valentina and Mau give their hotel stock to Rene for helping Gonzalo. Monica is back in Cancun after many years and finds out what Rene did.

Monday 18 March 2019
Episode 104
Tobias is accused of falsehood and is arrested, the doctors tell jaime he has a malignant growth, and Angelica tells Gonzalo that she loves him.

Tuesday 19 March 2019
Episode 105
Julieta goes to the dentist to fix her teeth. Raquel has a crisis when she sees Monica again, and imprisoned Tobias asks to see Nuriia.

Wednesday 20 March 2019
Episode 106
Valentina is jealous when Carolina kisses Mauricio, Leonel looks for Maite to help him get revenge, and Nuria has a new plan to kill Gonzalo.

Thursday 21 March 2019
Episode 107
Clemente is back and meets Osvaldo, but they argue. Valentina takes Adriana to live with her, while Maite helps Leonel to execute his plan.

Friday 22 March 2019
Episode 108
In spite of everything, Almudena and Alan, and Alexis and Fer fall in love. Tobias starts working at Mauva, and Angelica and gonzalo kiss.

Monday 25 March 2019
Episode 109
Gonzalo believes what Leonel tells him about Angelica and thinks it is over between them, and Valentina tells Mau she saw him kissing Carolina.

Tuesday 26 March 2019
Episode 110
Osvaldo admits he had an affair with Angelica in the past, Raquel accuses Nuria of stealing, and Gonzalo tells the police of his suspicions.

Wednesday 27 March 2019
Episode 111
Nuria is worried her father will denounce her, so she runs away. Mauricio and Valentina meet some environmentalists to carry out a campaign.

Thursday 28 March 2019
Episode 112
Felix and Nuria blame each other for not killing Gonzalo. Meanwhile, Rene’s mother tells him that she and Alan will be staying in Cancún.

Friday 29 March 2019
Episode 113
Valentina wants to know who Mauricio is in love with, the police find stolen goods in Nuria’s house, and a priest tells Chelo to forgive Beto.

Eva: I dare you to leave teasers for October – November...