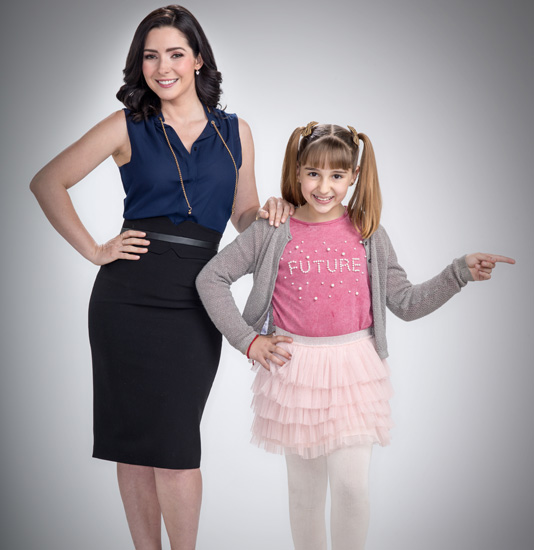 Lesly tells her family she broke up with Bruno. Marcelo tells his daughter he needs her and her mum by his side and Marbella surprises Simona… Read all new March 2019 teasers for ‘It had to be you’ Showing on Eva.

Marisa is distracted and loses control of her car, but a woman comes to her aid. Elsewhere, Marcelo offers Miky money to get away from Marisa.

Monday 4 March 2019
Episode 68
Ezequiel’s children do not want thief Amanda in their home, Paulina organizes a fancy-dress party, and Ulises supports Nena at the hospital.

Tuesday 5 March 2019
Episode 69
Miky takes Nicole ice skating, infuriating Marcel. Elsewhere, Lesly has a bad attitude as she struggles with trying to please all the family.

Wednesday 6 March 2019
Episode 70
Marisa asks to see Nicole, Nena and Miky, while Jaquie does not want to give Brayan another opportunity, and Lucy and Santi talk to each other.

Thursday 7 March 2019
Episode 71
Marisa and Miky decide to be together,  Ezequiel refuses to speak to Marbella, and Paulina confesses to Bruno and Lesly everything she’s done.

Friday 8 March 2019
Episode 72
Marcelo shows up before Eva, but she runs away. Simona confesses all to Lesly, and Marcelo tells Nicole that Miky wants to destroy their family.

Tuesday 12 March 2019
Episode 74
Nicole tells her mother that she’s very sorry about the situation with her dad. Plus, Jaqui meets the assistant to a producer of a reality show.

Wednesday 13 March 2019
Episode 75
Marcelo kisses Jeny, Ezequiel asks for a loan from the bank, Miky is offered his job back at the school,  and Nicole is almosy run over by a car.

Thursday 14 March 2019
Episode 76
Lesly tells her family she broke up with Bruno. Marcelo tells his daughter he needs her and her mum by his side and Marbella surprises Simona.

Monday 18 March 2019
Episode 78
Amanda complains to the funeral parlor employees. Jaquie finds out if she’s on the show and Jeny warns Marisa that Marcelo could hurt Miky.

Tuesday 19 March 2019
Episode 79
Lucy feels neglected by Lorenza and Tadeo. Elsewhere, Ezequiel realises that Amanda’s belongings are no longer there as Jeny gave them away.

Wednesday 20 March 2019
Episode 80
Lesly, Ezequiel and Marbella find Amanda’s money and look for Josefina to return it, while Marisa is annoyed at Marcelo for taking Nicole.

Thursday 21 March 2019
Episode 81
Amanda tries to recover her money. Simona tells Bruno and Paulina that she is expecting a baby and Eva explains her whole history to Marisa.

Friday 22 March 2019
Episode 82
Daniel kicks Tino out of his house. Marisa asks Miky to convince Jeny to change her statement, and Marbella tells Tino that Amanda is alive.

Tuesday 26 March 2019
Episode 84
Jeny tells Marcelo that she doesn’t want his money. Ezequiel tells Marbella that he still loves her, but that their relationship is impossible.

Wednesday 27 March 2019
Episode 85
Nicole says that she wants to live with her mother when asked at the trial, while Lorenza apologises to her children for having left them.

Thursday 28 March 2019
Episode 86
Marisa tells Marcelo that if he wins custody she’ll go to live with them, while Marbella calls the new owner of her house to make him an offer.

Friday 29 March 2019
Episode 87
Marcelo goes to prison and he tells Marisa the he is going to receive psychiatric treatment, he also apologizes to Eva. Nicole meets Sebastian.