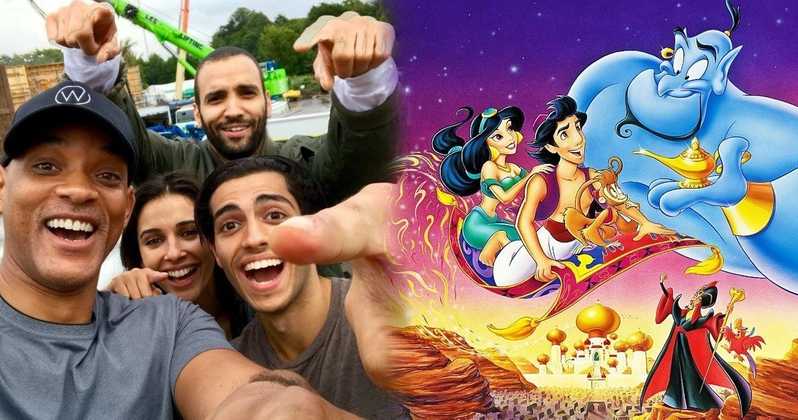 Different adaptations of the Aladdin story has been told through time as either an Animation or a Comic series. But Notwithstanding, it is yet again coming to the big screen in 2019 as a live action musical romantic adventure produced by Disney pictures.

Aladdin story basically revolves around an exciting tale of a charming street boy Aladdin, the courageous and self-determined Princess Jasmine and the Genie who has the gift to bring their wishes to life.

Disney’s Aladdin stars Will Smith as the Genie, Mena Massoud as the Street boy Aladdin, Naomi Scott as Jasmine, the stubborn but kind princess and Marwan Kenzari as Jafar, the powerful sorcerer.

Aladdin is scheduled to be released in the United States on May 24, 2019.