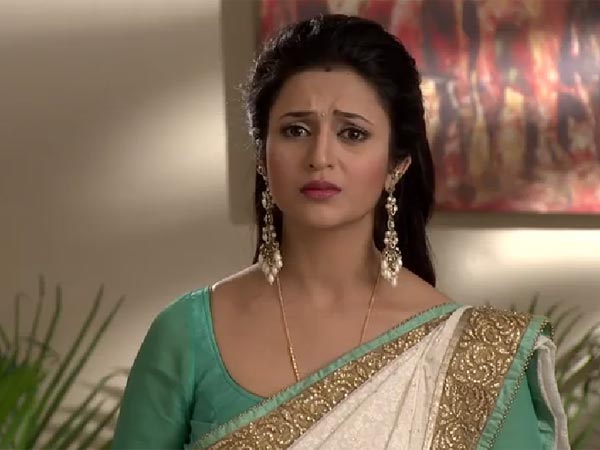 This is love november teasers: Raman keeps the family members in the dark about Ishita’s arrest. Sudha demands that he transfer his company shares in her name in exchange for Ishita’s release, will he succumb?

Prev: This is love October teasers 2019

Friday 1 November 2019
Raman stays back while Ishita and the family step out to celebrate the first day of Navratri. A drunk Rohan intrudes in Raman’s house and tries to stab him!

Ishita stops Raman from harming Rohan and rejoices when she sees him. Raman learns of Rohan’s intentions and decides to marry Aliya.
Monday 4 November 2019
Ishita and Raman are happy for Aliya. Rohan shares his feelings with Aliya. Preparations for their Roka ceremony begins.

Raman asks Rohan to take good care of Aliya. Rohan, Aliya and the others perform garba and have fun at their Roka ceremony.

Tuesday 5 November 2019
Ishita and Romi worry about the losses the company is facing, while someone is keeping a close watch on them. Who is the informant reporting their activities to?

Ishita visits Sudha and learns about her vile intentions. After returning home, she worries about Sudha’s motives.

Wednesday 6 November 2019
Ishita decides to stop Sudha from taking over Raman’s company. Romi tries to convince a stakeholder not to sell his shares to Sudha.

Ishita asks Romi to pledge all her gold to buy the shares and save the company before it’s too late.

Thursday 7 November 2019
Ishita misleads Raman about the jewellery. Meanwhile, Sudha decides to tell Raman that Ishita sold her jewellery to save his company.

Raman scolds Ishita for keeping him in the dark about their company’s financial crisis. On learning that Sudha helped him to buy a car for Aliya, Raman burns it!

Friday 8 November 2019
Rohan and Karan are shattered when the doctor informs them about Kaushalya’s critical condition. Kaushalya ask Ishita to ensure Aliya and Rohan get married.

Ruhi pacifies Karan when he worries about his mother. Ishita confronts Raman for splurging on a lavish wedding ceremony for Aliya and Rohan.

Monday 11 November 2019
Ishita gets angry as she finds Raman in the kidney donation ward. Later, Rohan and Aliya take part in the haldi ceremony.

Tuesday 12 November 2019
Romi retaliates when Vijender and his men create a scene at the event. Raman compels him to apologise to Vijender.

Ishita and Aliya make arrangements for Karva Chauth. Ishita and Karan are happy as Ruhi accepts his proposal. Romi suspects that Raman is in trouble.

Wednesday 13 November 2019
Ishita confronts Vijender for abducting the lovers who sought her help. Vijender demands that Raman do a task for him.

Thursday 14 November 2019
Ishita is aghast to see the contents of the suitcase. She takes a drastic step when Sudha insists that the police arrest Raman, accusing him of murder.

Raman keeps the family members in the dark about Ishita’s arrest. Sudha demands that he transfer his company shares in her name in exchange for Ishita’s release.

Friday 15 November 2019
Rohan and Karan get dressed for their wedding. Meanwhile, Shagun gets furious as Ishita did not inform her about the arrest.

Miffed with Ishita for keeping her in the dark about her arrest, Kaushalya tries to prevent Karan and Rohan from marrying Aliya and Ruhi!

Monday 18 November 2019
Ishita tries to motivate Raman to save his company after learning that Sudha has snatched his shares away. Later, Aliya and Ruhi’s kanyadaan is conducted.

Ishita and Raman bid an emotional farewell to Aliya and Ruhi. Later, Aliya-Rohan and Ruhi-Karan prepare for their wedding night.

Tuesday 19 November 2019
Ishita snaps at Sudha for insulting Raman. Sudha is frustrated as the shareholders refuse to cooperate with her and ask Raman to lead them.

Aliya and Ruhi visit their house to perform the post-wedding rituals. Ishita is shattered when Simmi reveals a shocking truth about Rohan and Karan. What could it be?

Wednesday 20 November 2019
Sudha commands Ishita to shoot Raman if she wants to save Karan and Rohan. Ishita takes a drastic step to expose Sudha’s secret.

Thursday 21 November 2019
Sudha humiliates Aliya and Ruhi after making a shocking allegation against them. Raman, Ishita and the family try to protect Aliya and Ruhi.

Ishita gets Sudha arrested by exposing her evil plans. Later, Raman consoles Ishita when she worries about Aliya and Ruhi.

Friday 22 November 2019
Sudha comes up with a cunning plan to secure her release from jail. Meanwhile, Raman gets a phone call from the bank that puts him in a spot.

At the Diwali party, Sudha asks Ishita to beat her in a dance challenge, if she wants her to give the employees their salary and bonus!

Monday 25 November 2019
Raman’s family members help him to clear his debts. The family is shocked when they receive a divorce notice from Rohan and Karan.

Aliya teaches Rohan a lesson when he asks her to clean his shoes in return for signing the divorce papers. Ishita shocks Sudha with her countermove.

Tuesday 26 November 2019
Sudha tries to stop Ishita from taking Karan and Rohan to her house. Ishita garners a judge’s support in this regard and takes Karan and Rohan with her.

Wednesday 27 November 2019
Aliya slaps herself and asks Ruhi to lodge a complaint of domestic violence against Rohan when he refuses to do the household chores.

Sudha is frustrated to see her sons doing the household chores at Ishita’s house. Ishita worries that Sudha may target the Bhallas.

Ishita retaliates when Karan offends her. Meanwhile, Sudha visits Raman and puts forth a demand in exchange for clearing the allegations against him.

Friday 29 November 2019
Raman consults a lawyer to find a solution to his problem. Ishita and Ruhi meet Payal and question her about the allegations she made against Raman.

While Bala tries to foil Sudha’s bid to get Raman arrested, Ishita struggles to get Payal out of Sudha’s influence.