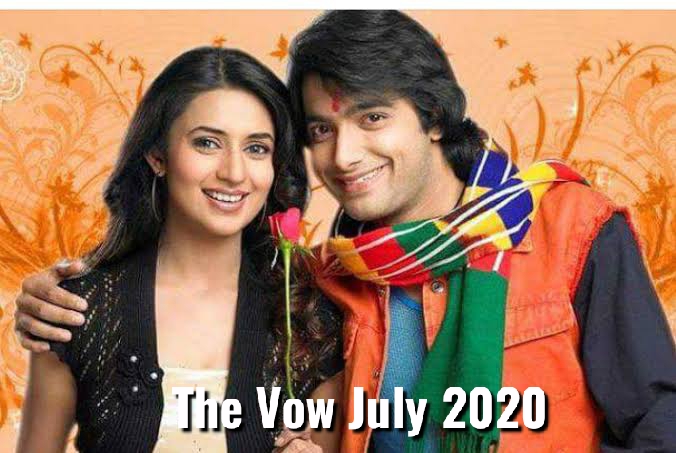 The Vow July teasers 2020: Sindoora continues trying to turn Sagar against Vydia; attempting to convince him that she is not as innocent as she behaves. She then gives Sagar advice that could end his and Vydia’s relationship.

The family finds out that Aniket’s condition is actually worse than they ever thought it could be. Sindoora does a good job in putting the blame of his accident on Vydia.

Sagar threatens to throw Vydia out of the house. Hema realises a change in Shalu’s behaviour and is shocked by this.

A new family member comes into the house. Sindoora makes it her mission to paint Vydia as a bad person to her, will she succeed in her plans?

Sindoora convinces Vydia that changing her behaviour and leaving the family could be of gain to them. She gets them to accept her conditions to supposedly help them out of a financial problem.

Gayatri digs up the truth and finally finds out that Vydia is in fact innocent. Gayatri is successful in bringing shame to Sindoora and revealing her disloyal intentions.

Gayatri and Vydia team up to work against Sindoora. It looks like the more Sindoora tries to inflict pain on Vydia, the more Sagar and her grow closer to each other. A man claiming to be Heera comes into the Sigh family.

The Sigh family doubt the man claiming to be Heera’s identity. Although they try to expose him, they are unable to do so as Chandra is too blinded by love.

It appears that the man claiming to be Heera is not who he claims to be. Vydia keeps going places without the family’s knowledge, what could she be up to?

Sindoora continues trying to turn Sagar against Vydia; attempting to convince him that she is not as innocent as she behaves. She then gives Sagar advice that could end his and Vydia’s relationship.

Sindoora tries painting Vydia as an unfaithful wife but her plan does not go as intended. The family is shocked when they find out that Vydia has been studying and is now literate.

Vydia and Sagar start their relationship on a clean slate. Vydia receives a letter from an anonymous sender, telling her that they have proof of Sindoora’s crime. What will Vydia do?

Sindoora realises that Gayatri is in fact on Vydia’s side but not on hers, what will her next step be now? Sindoora tricks Sagar into signing over his wealth to her.

Sindoora tries to hurt Sagar but Vydia gets in the way of her plan. Will Sindoora persist in trying to hurt Sagar?

Sagar receives news that Sindoora has been involved in an accident. While on his way to see her he meets with an accident, will he survive?

Vydia is told that Sagar has passed on, she however does not give up but uses her love to bring her husband back to life. Chandra witnesses the man she loves being affectionate with her sister, Mahua.

The man posing as Heera reveals his identity to Mahua. Sindoora goes to the extreme of attempting to end her life just to prove her innocence in connection to Sagar’s accident.

Chandra blames Vydia for Sindoora attempting to end her own life. Heera’s impersinator and Mahua are having an affair behind Chandra’s back. How will this end?

Heera’s impersonator realises that his secret is not hidden anymore. Sindoora is arrested for attempting to murder Sagar.  How will she get herself out of this situation?

Sindoora puts up a front for Sagar, convincing him to do everything in his power to help get her released.  The family receives news that Vydia will be a mother. Will this finally bring happiness in her marriage?

Sagar receives news that the only witness to his attempted murder case has passed away. Sindoora’s intentions with Aniket have changed, what is she up to now?

Vydia is finding it hard to lie to Sagar about her condition. Sindoora is starting to suspect that Vydia is lying about the pregnancy. Will Vydia manage to keep the secret for long enough?

Sindoora decides to pretend to care for Vydia in order to win Sagar’s trust. What plans does Sindoora have up her sleeves now?

The police arrive at the Sign family, they ask for Heera’s impersonator, will this be the end of his and Mahua’s relationship? Aniket realises that his health situation is impeding him from revealing Sindoora’s secret.