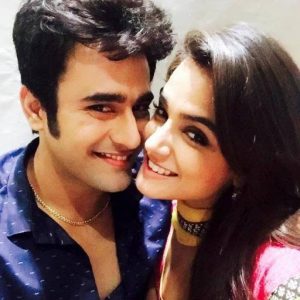 The Insolent heart starlife – A musical romantic drama about a Rockstar and the simple girl he falls in love with. Abeer and Meher story start on a rocky part but love overcomes? The series starts in November 25th and replaces Broken hearts.

The story revolves around Abeer Malhotra, a successful and charming rockstar, and Meher Purohit. During college, Abeer sets his eye on a simple, intellectual and pretty girl, Meher, and they subsequently get married at a young age and then get divorced. Eight years later, Meher returns in his life as the new CEO of the music channel he sings for. Abeer decides to tell their love story in the first season. 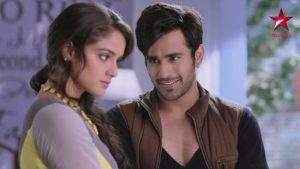 Their bitter hatred begins to dissolve as Abeer has to stay in Meher’s house to hide from some goons. However, when Meher meets with an accident Abeer gets paranoid and stays by to nurse her for 2 weeks while she is unconscious. Meanwhile, there is a flashback to the past where it is revealed how they separated.

Meher was a working woman who wanted to support her aunt and mother financially but Abeer’s ego was hurt since he felt he wasn’t given importance just because he was not earningthat time , side by side Abeer’s Aunt and father added fuel to the fire because Meher aunt was the eye witnesses for a crime which was done by Abeer uncle and he was jailed so they want to ruin the relationship of Meher and Abeer in revenge .

The sequence returns to present and Meher is healed by Abeer’s love. He proposes to her once again but she rejects the proposal and it is revealed to Abeer that Meher did not take the alimoy form Abeer .So Abeer decides leave his father house .

Abeer sings for Meher and proposes to her once again in the office but she rejects and tells Sattu sir that she is resigning from the job. While Abeer is trying to win Meher’s love once again, Akshat, a new man in Meher’s life is introduced. He stood by her for the 8 years when she was shattered and wants to marry her. Abeer tries to prove himself better than Akshat by the help of his friend Appendix and his fan Aliya. Abeer challenge Meher to proof that akshat is not a good man to marry. He sees Akshat with a child and tells Meher about the same. Akshat proposes to her. Meher says she already knows that child Ishaan and lies that he is Akshat’s son.

However it is revealed that Ishaan is Meher and Abeer’s son. Meher gets engaged to Akshat. On the engagement day, it was revealed that Abeer and Ishaan both are allergic with kiwi but in anger they drank the kiwi fruit punch. Abeer takes Ishaan to the hospital and gets admitted in the same room. Abeer’s mother Madhavi notices similarities between Abeer and Ishaan and Meher is compelled to tell her the truth. Abeer is about to marry Sasha but on getting to know the truth calls off the wedding.

In last few episodes, Abeer and Akshat keep trying to impress Ishaan and woo Meher. Abeer also starts noticing similarities between ishaan and him. He tries to make Ishaan more like him by teaching him to play guitar, making friends with girls etc.one day ishaan was bullyed by one of his schoolmate ishaan calls akshat and tells him about the same instead of supporting him he starts shouting at him and later tells him to complain their teacher.

Ishaan was scared as that child said that if he’ll tell about it to the teacher he’ll beat him more. Abeer encourages him and gives him confidence. This made their friendship more strong. Abeer and Ishaan become good friends making Akshat insecure. Akshat and Abeer started fighting for Ishaan. Ishaan then gave them task to pull each of his hand and one who will leave the hand first will lose and whoever would be the winner loved him more but when Abeer noticed that ishaan’s hand is paining he left his hand. Ishaan reveals that this was trick to test who loved him more to Meher. He asks her that why abeer loves him more as earlier he used to fight with him a lot. One day Akshat breaks Ishaan’s guitar gifted by Abeer in anger. Upset, he goes to Abeer’s home for sometime where he gets to know that Abeer is divorced.

He finds out Abeer’s wedding album in his wardrobe as he wanted to know why he loved him more and is shocked to know that Abeer and Meher were married and that Abeer is his father. Kuber reveals to Rati the whole truth behind Nisar’s sudden disappearance and repents his mistakes. Rati forgives him. Ishaan on learning the whole truth requests Meher to forgive Abeer. Enraged, Akshat fights with Abeer and ultimately conveys Meher that she still loves Abeer and leaves. Devki is also convinced by Suman and Ishaan, Suman and Devki approve Abeer and Meher’s alliance. Meher agrees and the show ends on a happy note.