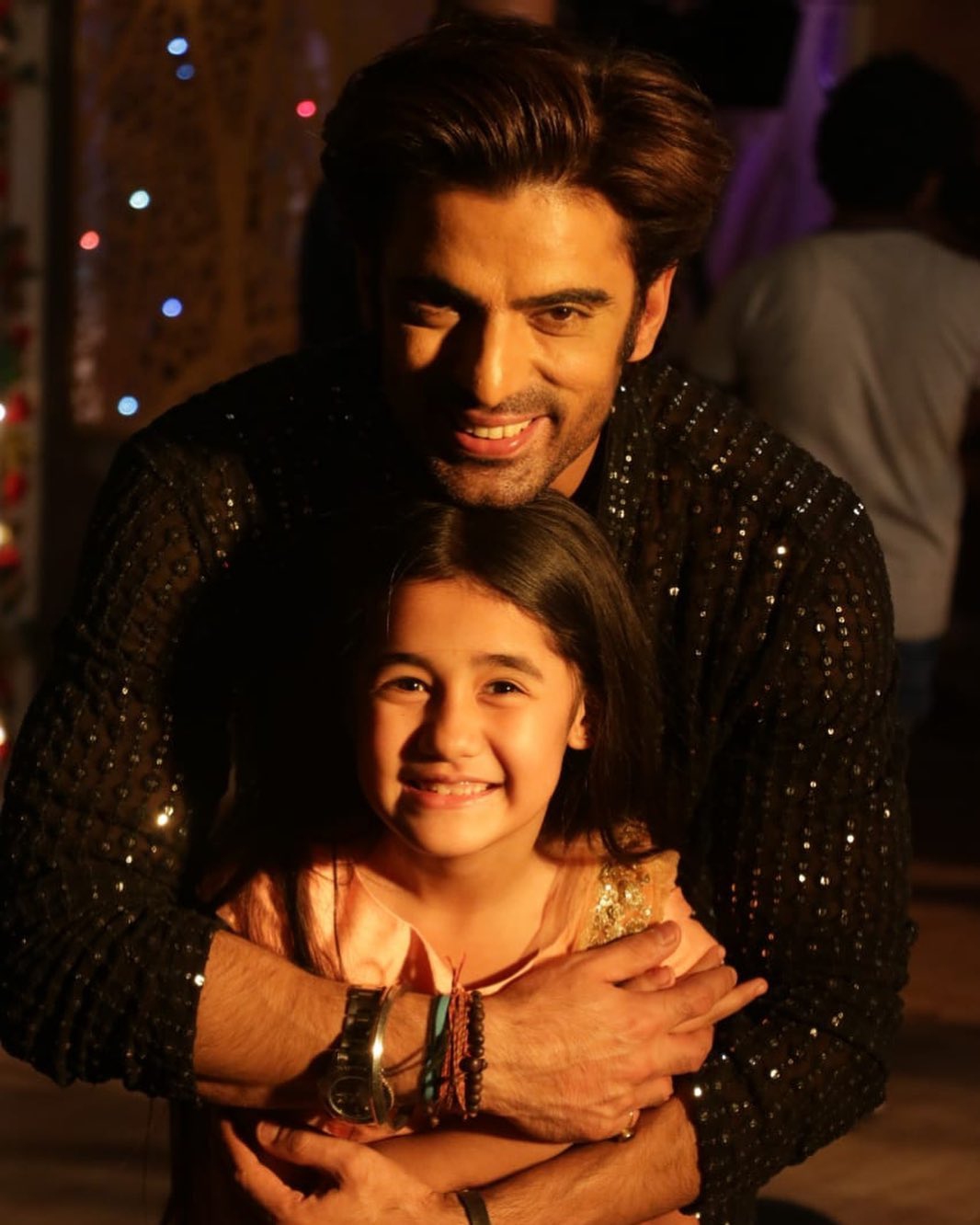 Kulfi the singing star replaces Not without my family on Starlife.

Episode 2
Sikander Singh’s wife berates him for forgetting Amyra’s birthday and insults his singing talent. Later, Kullfi sings a devotional song in a temple as the priests restrict her from stepping inside.

Saturday 15 June 2019
Episode 3
The priest apologises to Kullfi for insulting her, and honours her. Amyra hurts her grandmother’s feelings, while Loveleen criticises Sikander for not being a responsible father.

Episode 4
A troupe wants Kullfi to join them as their lead singer, but Nimrat stops her from singing and chases them away. Elsewhere, Sikander tries teaching music to Amyra.

Sunday 16 June 2019
Episode 5
Nihalo tries to bribe a hungry Kullfi to sing in the troupe. Sikander asks Loveleen to fulfil his demand if she wants him to send away his mother.

Episode 6
Nimrat falls for Nihalo’s evil plan. Kullfi is asked to sing before everyone. Nihalo is shocked to learn about Kullfi’s father.

Monday 17 June 2019
Episode 7
Kullfi sings at the Jagrata, despite of Nimrat’s objection. Nihalo threatens Nimrat of revealing Kullfi’s father’s identity to her if she stops her from singing!

Episode 8
On Loveleen’s insistence, Sikander introduces Amyra as a singer at the party. Kullfi questions Nimrat about her father’s identity, while Loveleen slaps Sikander! 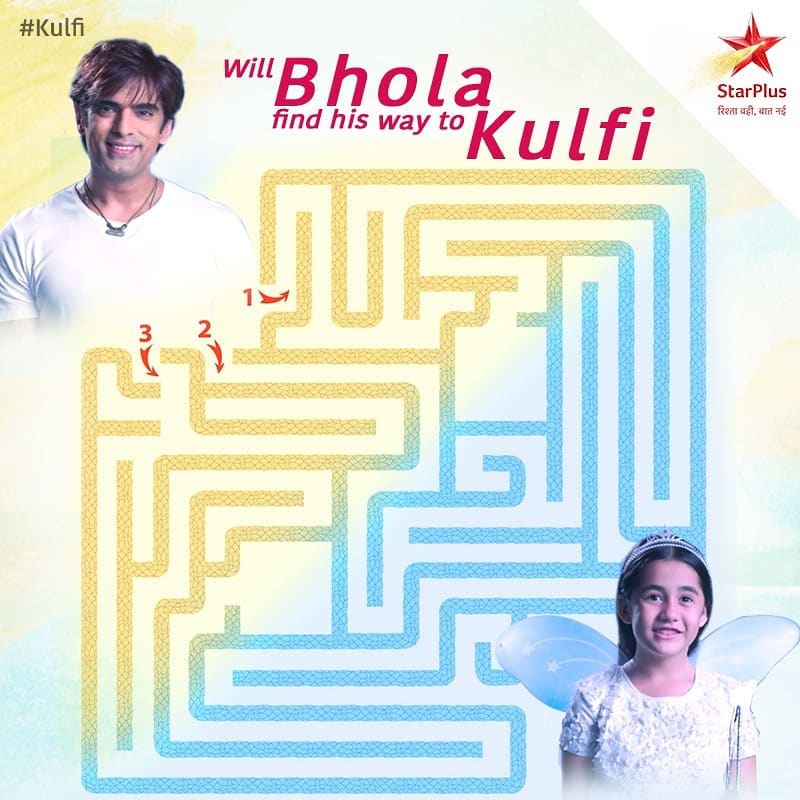 Tuesday 18 June 2019
Episode 9
Amyra is frustrated as Sikander insults her in the party. Kullfi asks Nimrat about her father after she shares her past with her.

Episode 10
Kullfi pesters Nimrat to take her to Sikander’s concert. Sikander’s mother gets worried as the brakes of his jeep fail. Kullfi is about to meet with an accident!

Wednesday 19 June 2019
Episode 11
Nimrat faints on the road after having a nightmare about Sikander and Kullfi. Unaware of the same, Kullfi chases the vehicle with Sikander’s poster on it.

Episode 12
Kullfi learns that Nimrat needs treatment for cancer at the earliest. Nihalo asks her to sing at the Pathankot concert when she pleads with her for money.

Thursday 20 June 2019
Episode 13
Bhalla takes Kullfi to sing at a concert in Pathankot where Sikander is performing. Nihalo misleads Sikander about Nimrat to keep them from meeting each other.

Episode 14
Kullfi tries to meet Sikander hoping to get some help from him for Nimrat’s treatment. Sittu rebukes Nihalo for misleading Sikander and learns that he is in Pathankot.

Friday 21 June 2019
Episode 15
Sikander entertains the crowd at Pathankot with his brilliant singing and has an unexpected meeting with Kullfi on the stage. Later, Manveer asks Kullfi to leave the concert venue!

Episode 16
Kullfi goes to Goddess Durga’s temple to sing in order to collect money for her mother’s medicines. However, a bad omen occurs as Kullfi performs the ritual.

Saturday 22 June 2019
Episode 17
Kullfi tries to reach the hospital, while Nimrat sets out in search of Kullfi. She sees Sikander in the car and tries talking to him. Later, Loveleen rams her car into Nimrat!

Episode 18
Loveleen refuses to get Nimrat hospitalised. Sittu agonises over Nimrat’s demise. He tries to make an innocent Kullfi realise that Nimrat is dead.

Episode 20
Nihalo emotionally blackmails Kullfi to forgive her. Loveleen confronts Sikander regarding Nimrat. Will he reveal it all?

Monday 24 June 2019
Episode 21
Nihalo pretends to be nice with Kullfi and tries to send her away with Sitaram. Loveleen is heartbroken after Sikander reveals everything about his past.

Episode 22
Kullfi tries to seek help from the police, but Nihalo accuses her of assaulting her. Will Kullfi give in and agree to sing with the troupe?

Episode 24
Sittu diverts the attention of the police and manages to escape along with Kullfi. Nihalo and the police chase Sittu. How far can the two go?

Episode 26
Loveleen tells Sikander’s family about his misdeeds and leaves the house along with Amyra. Sittu disguises Kullfi as a boy to mislead Nihalo.

Thursday 27 June 2019
Episode 27
Sittu sets out to take Kullfi to Mumbai. Kullfi boards the train bound for Mumbai. But, Nihalo prevents Sittu from boarding the train.

Episode 28
Kullfi is hassled as she loses her train ticket. Sittu regrets not being able to accompany Kullfi. Loveleen tells Sikander to stay away from Amyra.

Episode 30
Kullfi prays at a mosque, hoping to meet her father. Sikander too is in the same mosque, praying to reunite with Amyra. Kullfi sees Sikander and rushes to meet him.

Saturday 29 June 2019
Episode 31
Kullfi follows Sikander to his house. Sikander is surprised to find Loveleen and Amyra at home. Will Kullfi be able to meet him?

Sunday 30 June 2019
Episode 33
Sikander gives his songbook to Amyra and asks her to keep it safe. Kullfi decides to seek Amyra’s help in finding her bag. What makes Sikander lose it on Kullfi?

Episode 34
Jagira comes to Kullfi’s aid when Loveleen decides to get her arrested. On learning that Amyra is falsely accusing Kullfi of spoiling the song book, Sikander compels her to apologise to Kullfi.