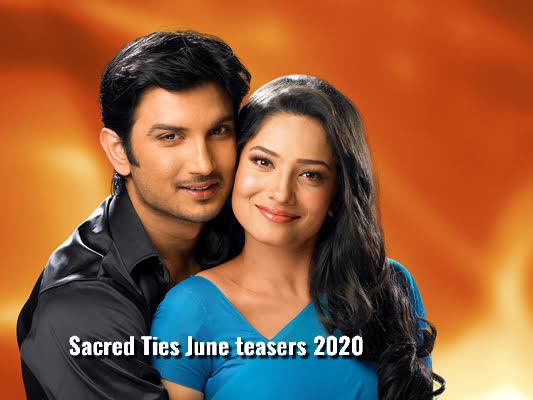 The love story of a car mechanic, Manav Deshmukh and a less educated homemaker, Archana Karanjkar. Archana supports her family of five after her mother falls ill. Manav falls in love with Archana, and after a lot of opposition, he earns a stable job, they get married, and have a son Soham. Sacred Ties returns to Zee world classic spot and replaces Reach for the Stars.

Sunanda and Manohar try their best to convince the other family to marry Archana as part of an arranged marriage but things don’t work out exactly the way they planned. A Unknown man catches Archana’s attention.

Varsha and Sunanda have a disagreement. Archana saves a little boy from an angry bunch of men in the presence of an unknown man. Manjusha gets her way as she convinces Archana and Sunanda to try on different jewelry.

Manav is in hot pursuit to find out who the lady is that keeps stealing his attention. Sunanda is determined to fix an alliance between Satish and Archana. Manav and Archana meet during a misunderstanding and he finally sees her face. Swati reveals who the guy is who broke her heart.

Swati confronts Ajit and it leads to the wedding being called off. Manjusha makes a promise that she will get Archana back for everything that happened.

Manohar gets a call from an unknown man stating that someone is interested in Archana and that they would like to meet Archana and discuss an alliance. Rasika and Manjusha vow not to let the wedding alliance take place.

Rasika plans to manipulate Satish and his family with fake stories about Archana. Satish takes Archana on her first date and everything goes well until an unknown man spoils the moment.

Ajit pays a few thugs to make up a fake story so that Satish gets swallowed into there trap. Satish’s suspicions grow stronger as the unknown man miss leads him. Manav saves Archana from being defamed.

Archana gets framed and the decision is made to call off the wedding. Dayaram finds out about the deal Manav made. Manohar tries to drown himself but his attempt is unsuccessful as someone saves him just in the nick of time.

Manohar makes it clear to Archana that they all support and believe her after a life threatening event. Sunanda goes to Satish’s office trying to convince him to reconsider the marriage. Manav goes and visits by Archana’s house.

Vinod has plans to spoil Manjusha but little does he know of the surprise he’s going to get from her. Manav day dreams about Archana. Sunanda goes to confront Rasika right before Ajit gets arrested.

Rasika shares her master plan with Manjusha of how she’s going to crush Sunanda’s hopes and dreams. Archana gets informed by her parents of the potential groom they have in mind for her.

Manav tells Archana that he didn’t know it was her family’s wedding proposal he turned down. Manjusha plays mind games with Savita using her greed against her.

Savita lies to Archana’s family about Manav’s education as well as career. Archana and Manav’s engagement party and there’s a lot of drama. Sunanda finds movie brochures and wonders whose they are.

Manav and Archana go to look at wedding invitation cards together – it is also their first date. Manav tells his uncle the truth and at the same time Manohar discovers the truth.

Manohar makes a final decision about what the way forward is going to be. It’s Manav and Archana’s wedding and Vaishali finds out that the thug is actually Manav’s younger brother.

Every secret that was concealed comes out after Sunanda exposes Manav. Manav’s brother gets arrested. Sunanda and Savita argue so badly that it leads to the two of them seperating Manav and Archana.

Everyone is still devastated about what had happened the previous day, everyone except Manav and Archana as they go on with life as if nothing happened. Vishwa Rao and Manav go see Manohar for one for time trying to find a solution.

Archana observes the fast for Manav as a symbol of the duty of a wife. For a few seconds Archana and Manav end up in the same train in the same compartment. Archana is faced with one of the toughest decisions of her life.

Sunanda makes her final decision clear in front of the family as she hands the wedding necklace back to Archana. There’s a lot of sadness as the family say goodbye to Archana who is starting a new life with Manav.

Archana as well as her family have a tough time dealing with the move. Archana and Manav both have a moment to themselves after they realise they’re both alike. Manjusha sees Varsha at the entrance of a restaurant with an unknown guy.