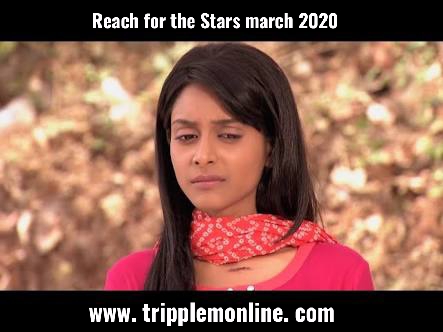 The children grow up and Kamla has new challenges to face. Kalpana is also holding onto the anger she had as a child, when her mother put Pakhi before her.

Kamla takes the Kapoor’s to her house to bring Raghav back. Furious, Neetu fires Kamla. Kamla falls critically ill and money is needed for her treatment. Kalpana can’t handle her mother’s condition and goes to Neetu for help.

Neetu takes advantage of Kalpana’s dilemma and hires her to work in her mother’s place. It gets late and Kamla worries about Kalpana’s whereabouts. Seeing this, Pakhi wonders if she should tell her the truth about Kalpana’s work.

Kamla is very upset to see Kalpana cleaning Neetu’s house, and decides to send Kalpana to boarding school. Pakhi runs away from home and comes to Kamla’s house.

Pakhi insists on going with to drop Kalpana off at boarding school. During a pit stop, she insists on sitting in a boat. Both her and Kalpana fall into the water and reach out to Kamla for help.

With the children grown up, Kamla has new challenges to face. Kalpana seems to be holding onto the anger she had as a child, when her mother put Pakhi before her. Neetu still can’t stand to see the attention Pakhi gives to Kamla.

Kamla ends up working till late because Pakhi wants her to attend a party. Pakiya ends up in a fight and Kalpana tries to call Kamla home. Prem is being introduced to the business world at a grand party. Vitthal gets a job.

Kalpana looks for Raghav. Prem wants to confront Raghav about his project. Kalpana would like Kamla to stop working and tells Pakhi that she’ll work very hard to do so. Kalpana and Pakhi take a bet and there’s a lot at stake.

Pakhi comes to study with Kalpana but the noise outside bothers her. Thinking of a solution she calls the police and Pakiya gets arrested. Raghav seems to be a step ahead and causes Prem a huge loss in business.

Kamla tells Kalpana to apologize to save her year, but she refuses. Raghav finally calls Prem, who looks forward to seeing Raghav.

Pakhi takes the blame on herself for the exam papers. Prem plots another plan to get Raghav to come see him. Its both Kalpana and Pakhi’s birthday and both fight to get Kamla’s full attention.

Pakhi finds out that Neetu had asked Kamla to stay away from her birthday celebrations. Pakhi is in an accident and a strange man helps her. Kamla goes out to find Pakhi and Kalpana refuses to cut the cake without Kamla.

Everyone in Kamla’s community look to her for solutions to the problems they keep facing. Pakhi finds out what her father has done, she confronts him and questions his decisions.

Pakhi steals property documents from Prem in order to help Kamla with her housing problem. He then blames Kamla for the missing documents. Kalpana feels neglected as Kamla always pays attention to Pakhi and not her.

Kalpana does not arrive in time to save Kamla and their home. Kamla and Vitthal realise that instead of winning the house, they have in fact signed away their own rights.

Kamla convinces the community to leave their jobs and not work anymore. Will their movement attract enough attention to help?

Kalpana finds out that the signature on the papers proving the handover of land from Mr Singania to Mr Kapoor has been forged. This gives Kamla and the community the upper hand – could this mean good news for them?

Kalpana goes out in search of Raghav, she hopes that he will be able to help them out of their situation.

Neetu goes back to the place where kamla lives to offer one of them a job. One of the ladies accepts the job, turning her back against the agreement she has made with the rest of them. Will the rest of the community agree to this?

Neetu sets up Kamla but sending someone to her disguising as Raghav. She falls for the trap that Neetu has set for her.

Neetu arrives with the police and a bulldozer ready to vacate Kamla and the community from their land. Raghav finally comes to the rescue. How will the Kapoor’s react to this?

Prem is financially affected by losing the land, he turns to alcohol to forget his problems. Once again, Kamla misses Kalpana’s big moment because of Pakhi.

Kalpana goes to the college to collect her exam results. The results she receives leave her and the family devastated.

Next: Next month in reach for the Stars