The ongoing track of The Heir on Zee World shows a 10 years leap and the growth of two childhood friend Mannu despite their families enmity. Soon,  Raj falls in love with the female version of Mannu – Preet, unaware that she is actually Mannu. And it seems that Mannu enjoys the dramatic irony of that, not until Raj discovers the truth and feels cheated and betrayed.

It happens that Amrit returns to the village to seek out her mischievous son Raj. Mohini, who is now Harjeet’s second wife, feels threatened by her presence and so sends goon to scare her and make her leave the village. 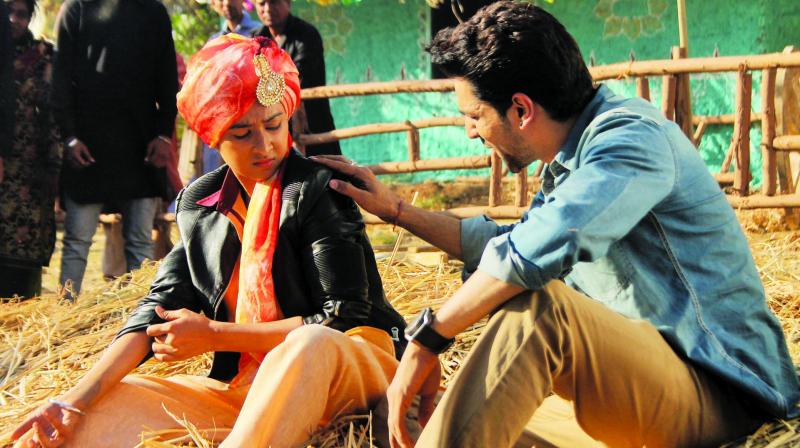 Mannu and Raj arrive just in time to save Amrit from a fire caused by the goons. While trying to put off the fire and secure Amrit to safety, Mannu is forced to remove her head wrap (Pagdi) to douse the flame. It is at this moment Raj discovers that Mannu is indeed Preet. In shock, he picks up his mother and leave with her and tells Mannu to stay back.

He is also angry and disappointed, calls Mannu a cheat and tells her to stay away from him for lying to him all these years. The love he felt for Preet whom he fondly calls Soniyo almost immediately dies.

It’s now up to Mannu to prove that she had had a good reason for keeping such big secret from him. If their friendship will ever survive this blow remains to be seen…

Check out The Heir full story and The heir September teasers to learn more.

Also read  Friday update on The Heir to get the full gist.