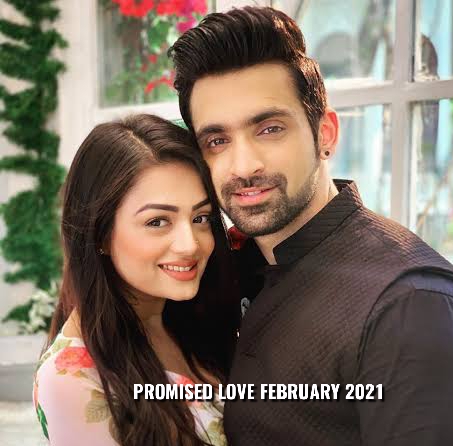 Azaan, the dynamic and young leader of Bhopal returns home after studying for five years in London, where he met the love of his life Shayara.

Azaan mother Begum Raziya eagerly awaits his return to break the news of his arranged marriage to his childhood friend Noor.

Razia Begum arranges for a grand ceremony where Azaan and Shayra’s marriage is announced.

Noor is caught off guard when her family invites a prospective groom’s family to meet her.

Noor announces her marriage to Faiz.

Suraiya’s son Khalid confesses his love for Noor and refuses to let her marry another man. He physically assaults her!

While Noor decides not to press assault charges against Khalid, Shayra comes up with a harsh punishment for him.

Shayra follows the ritual of cooking a sweet dish as the new bride, while Noor’s wedding is about to begin.

As Yasmin fights for her life in the hospital, she calls Azaan, Shayra and Noor to talk to them.

The happiest day of Noor’s life turns into one of tragedy, when her fiancée Faiz and her mother Yasmin die after sustaining injuries in the fire.

Taking advantage of Noor’s emotional state, Suraiya manipulates her and tries to turn her against Razia and her family.

The rift between Noor and Shayra keeps deepening with Suraiya’s manipulative mind working as the catalyst.

Suraiya convinces Noor to avenge her mother’s death by killing Shayra! Will the grief-stricken Noor fall for it?

Unable to imagine a life without her mother, Noor attempts suicide!

Shayra prepares food for Noor the way her mom used to make it.

As if being branded a murderer by the rest of society wasn’t distressing enough, Shayra finds herself in an even tougher spot when Noor threatens to commit suicide if Shayra doesn’t divorce Azaan.

Shayra is not willing to divorce Azaan and give in to Noor’s threats!

Noor announces that she wishes to marry Khalid, which stuns the family.

Noor tells Shayra that she is only marrying Khalid to fulfil her mother’s dream and then join her mother soon after.

On the eve of Noor’s wedding, she confronts Shayra demanding that she either divorce Azaan or watch her marry Khalid!

Razia Begum gets Khalid arrested after Noor reveals that he had misbehaved with her.

Mustering all her courage, Shayra emotionally asks Azaan to divorce her and marry Noor.

Razia Begum is fuming with anger after receiving the divorce papers. She forbids Azaan and Shayra from divorcing each other.

After learning about Shayra’s real reason for the divorce, Azaan takes Noor for a drive and tells her to change her mind or end both their lives together.

Azaan takes the drastic decision of agreeing to marry Noor, in order to save Shayra’s life.

Azaan showers his love for Shayra after her return home, however, to his utter shock, he sees a grand party at the house arranged by Noor to announce her prospective engagement with him.

Furious at Noor’s actions, Razia Begum banishes her from their mansion and offers Noor seventy per cent of their property so that she may live a comfortable life elsewhere!

Razia Begum tells Azaan that he is making a grave mistake by marrying Noor and that he won’t be able to live without Shayra.

Noor notices Azaan and Shayra together and gets upset.

Noor commands Shayra to make sure that Razia Begum is present to conduct her Mehndi/Henna ceremony.

Azaan tries to retrieve the old footage of the CCTV camera from the experts.

Azaan calls the family members to view the CCTV footage but is in for a rude shock, when he sees that the video has been doctored to portray Shayra as Yasmin’s killer.

A disappointed Razia Begum remains steadfast and refuses to comply participate in any further wedding rituals of Noor and Azaan.

All hell breaks loose when Noor finds out about the real perpetrator behind her mother’s death.

Azaan puts forth the condition that he will marry twice just so that he can be with the love of his life, Shayra.