Telemundo is set to air another thrilling telenovela series to its African audience not long after Senora Acero (Woman of Steel) finished airing its season two. This is the first time this series titled ‘La querida del Centuario’ (Prisoner of love) would be airing on its Africa channel. It is the third in the super series line up of Queen of Miami and Woman of Steel.

The audiences are to expect a crime and love laced theme. And it will play out through events surrounding the prison system in Mexico and how it affects relations outside of it. And of course, apart from the main protagonists love story, there are other sub themes that would all make this telenovela an enjoyable ride.

Synopsis of Telemundo Prisoner of love:

The story centers on Yolanda (Ludwika Paleta), an intelligent and attractive female inmate whose major goal in life is to protect and reunite with her daughter Cristina. She is however captured by Gerardo while trying to escape a women’s prison and sent to a maximum security federal prison crawling with the most dangerous and hardened criminals. One of which is Benedictino García popularly called El Centauro.  She catches El Centauro attention and from then her journey of power, love, privileges, failures, disappointments, betrayals and danger begins.

Benedictino García (played by Humberto Zurita) and popularly called El Centauro is a recognized narco capo, an influential and affluent Drug Lord who is awaiting trial while in the prison. He tries earnestly to win the affection of Yolando ever since she arrived and when he finally succeeds; their journey becomes a solid one filled with conflicts and test of true love. 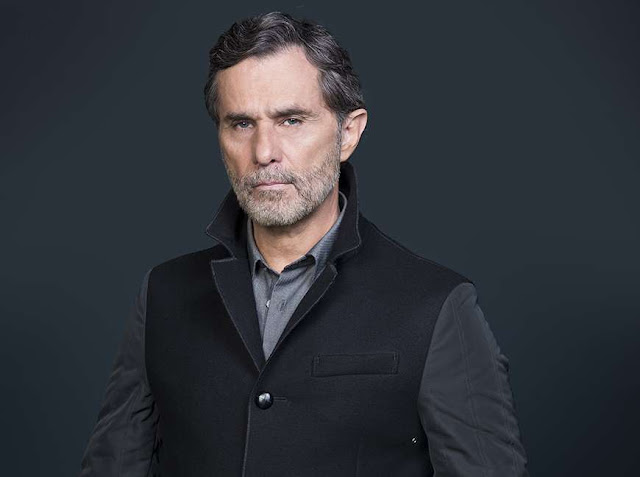 Gerardo (Michel Brown) is a seasoned detective who has dedicated his life to fighting drug trafficking in Mexico. His major aim is to capture El Centauro and solve the mystery behind his dangerous cartel. When El Centauro escapes prison, he goes on to offer Yolanda her greatest desire in exchange for her participation in an operation that will take him to El Centauros hideout and capture. However things do not go as planned and conflict of interest arise. 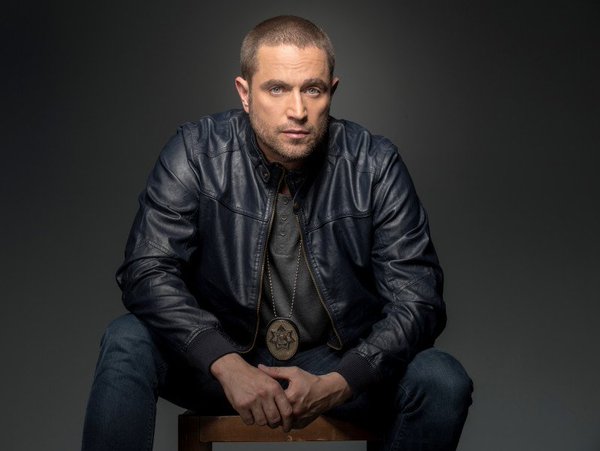 Yolanda struggles with different conflicts in her personal life and tries to balance it with her own reality: Vicente, the overbearing commander of the custodians; the intern La Negra who is ever there to analyze and judge her moves; Tania, her future rival; and Dominga, who will become her counselor and the closest thing to the mother she always wanted to have.

Air date: Prisoners of love premiers on 5th of February 2018 on Telemundo Africa (GOTV & DSTV) from Monday to Friday by 8pm (Nigerian Time)

FEBRUARY TEASERS AS CULLED FROM HERE

El Centauro is respected and feared by everyone at the San Fernando Penitentiary. The prisoners fight over the new inmate, Yolanda.

Yolanda receives a special dinner and a note from El Centauro. Meanwhile, Gerardo prepares a plan to make up with Bibiana.

Yolanda calls her home, but Mariela refuses to let Cristina come to the phone. Yolanda begins to write a letter to Cristina, but is interrupted.

El Centauro is visiting Yolanda when he is interrupted by El Chancho, who gives him a note. Yolanda returns to her cell and is greeted by Dominga.

Cristina tells Otoniel that she visited her mother in jail, unaware that Mariela is listening. Yolanda and Tania get into a fight.

El Centauro’s wife, Julia, threatens Padrino after she is sent pictures of her husband with another woman, demanding to know the woman’s name.

The rent collector comes out of the brothel, sees Lucho and Manitas with Cristina, and chases after them. Yolanda writes a goodbye note to Dominga.

Gerardo tells Rafael that Bibiana was kidnapped by El Padrino. El Centauro awaits Yolanda at the doctor’s ofce so that they can escape together.

Yolanda begs Rosales to let her say one last goodbye to Dominga. Gerardo rescues Bibiana, but she has been wounded and he takes her to hospital.

Julia asks El Centauro about the details of the escape. Vicente and Felix give a cheque to Mendoza, Yolanda’s lawyer, and threaten him over the phone.

El Centauro is upset when he finds out that his bank accounts have been frozen. Cristina drinks some juice that Mariela spiked with drugs.

Cristina spends the night in hospital, guarded by Rafael, who tells her what happened. The inmates read the news about the closing of the prison.

Otoniel is attacked by two men near the market. Gerardo tells Cristina he saw Yolanda speaking to Lucho in the street.

Gerardo admits to Rafael that he thinks about Yolanda more than he should. Cesar tells Julia about the note sent to Yolanda’s lawyer.

Mariela tells Otoniel about her plan to turn El Centauro in to the police to receive a reward. Matias is tied up and held at gunpoint by the Sergeant.

Lucho gives Cristina a letter from El Centauro. Vicente meets with Tania at a motel, while El Gato advises Gerardo to ask Yolanda for forgiveness.

The Cast of Prisoner of Love