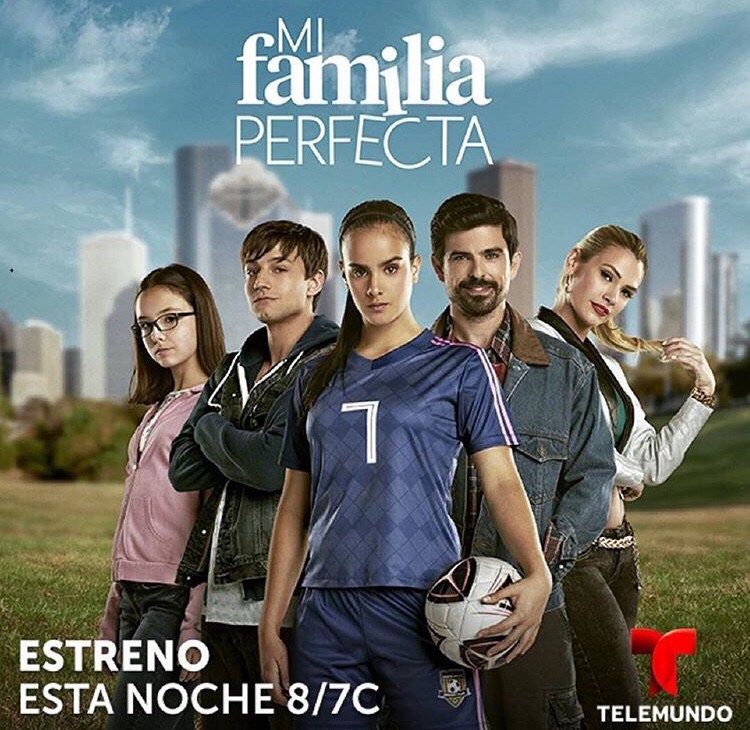 The Five siblings continue their fight for The American dream. Find April teasers for Telemundo’s premiere series My Perfect family.

Monday 1 April 2019
Julian and TJ are arrested and taken to the same youth centre that Erika and Alma are at. Vicente is taken to hospital after Marcos beats him up.

Tuesday 2 April 2019
Vicente makes a statement to the police while in hospital. Marisol lends Tamara a phone, and she calls Patas to let him know where Lily is.

Thursday 4 April 2019
Patas confronts Ashley. Camila finds work as a prostitute. Still believing that she killed the Russian, Francisca prepares for her trip to Mexico.

Friday 5 April 2019
Francisca is summoned to the courtroom, but she fails to appear. Marcos arrives at Vicente’s business and pulls a gun on him, but Antonia intervenes.

Monday 8 April 2019
Patas confesses to Erika that he has feeling for her. Meanwhile, in court, José María argues that he is the best person to take care of his brothers.

Tuesday 9 April 2019
Megan offers to lend Genesis money. Camila learns that Rosa’s boyfriend is dead. Marisol is attacked by one of the guards at the youth centre.

Wednesday 10 April 2019
Daniel has a business proposition for Rosendo. Patas abducts Lily, but she manages to make him reconsider. Julian gets even with his attackers.

Thursday 11 April 2019
Daniel cheats on Irma. TJ teaches Julian how to shoot. Ashley tricks Patas into putting the food truck in her name. José María gets angry with Julian.

Friday 12 April 2019
Irma gets Daniel to sign the permit to take Danielito. A suspicious Antonia follows Vicente to Rosa’s house. Julian spends the night with Penelope.

Monday 15 April 2019
Ashley attempts to ingratiate herself with Irma. Andrea kisses Santiago. Erika gets a judge to give Irma a hearing to obtain custody of Lily.

Wednesday 17 April 2019
Irma begs the Judge to give her custody of Lily. Ashley tells her mother and Derek that she will not betray José María. Dakota gets angry with TJ.

Friday 19 April 2019
Amparo apologises to Miguel Ángel. José María and Julián argue with Rita. Panchita pretends to be homeless to Danielito in order to get money.

Monday 22 April 2019
Erika is left in a critical condition after being involved in a road accident caused by Ashley. Francisca gives Camila advice. Julián seduces Martita.

Wednesday 24 April 2019
2019 Erika’s mother Mireya visits her in hospital. Julian seduces Martita. Mireya learns that Patas is willing to be the donor for Erika’s transplant.

Friday 26 April 2019
The names of the players who will go to Miami are revealed. With false documents, Rosa returns to work with Antonia. Julian reluctantly helps Eddy.

Monday 29 April 2019
The doctor reveals that there were complications with the operation. Julian asks TJ to take Maddox and hide him. A furious Ashley vows to get revenge.

Tuesday 30 April 2019
Irma reassures Patas that she will fight for legal custody of Maddox. Dakota finds out through Ashley that she is in love with Julian.