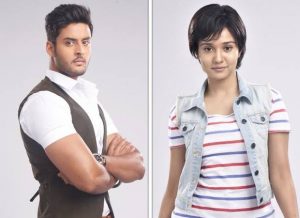 Meet in love Zee world: Meet is an independent woman who defies society perception of feminine beauty. She meets Ahlawat and a love-hate relationship ensue between them, they get married through a stroke of faith and the couple have to find a way to navigate love and family.

Meet In Love is coming soon to zee world, the date is yet unknown so is the series it will replace. Post will be updated when it is announced.

The series revolves around Meet Hooda, a spirited young tomboyish girl from Haryana who is the sole breadwinner of her family but also breaks societal rule books of gender roles by serving as a delivery agent. Her father was a police officer who sacrificed his life while in service, due to which Meet takes up all the responsibilities of her house and gives up her ambition of becoming an officer like her father.Her grandmother blames her for the death of her twin brother who died in the womb, subjecting her to emotional abuse her entire life while reminding her that she can never be like a boy.

Meet Hooda meets Meet Ahlawat. Though they initially are at loggerheads, they soon become friends. Ahlawat falls in love with Hooda’s sister Manushi after hearing her sing. In reality, it was Meet who was singing while Manushi was just lip-syncing the song. Meet Ahlawat’s wedding is arranged with Manushi. Ahlawat breaks his friendship with Meet and starts hating her because of a misunderstanding.

On the wedding day, Manushi runs away and marries Kunal leading Meet Hooda to marry Meet Ahlawat. No one’s happy about this especially Meet Ahlawat’s mom, his sister, and he himself. Many arguments and silly fights take place between Meet Hooda and Meet Ahlawat. Though Meet Hooda tries her best to prove herself at every step, Meet Ahlawat is unwilling to accept her as his wife.

Ahlawat wants to meet Manushi and loses his cool. On his quest to find Manushi at Meet Hooda’s house, he argues with her and leaves, telling her to never step into his house again. On the way back to his house, he is beaten up by goons, and Meet Hooda comes to his rescue and saves his life. She donates blood for him and stays up all night taking care of him at the hospital.

Meet Ahlawat regrets his words and starts warming up to her. Meet Hooda takes care of her husband with great care, not leaving his side for a moment. Meet tries to get Manushi to face Ahlawat. However, she instead meets her mother, who makes her promise never to tell her in-laws that Manushi is back at home. Ahlawat throws Meet a surprise birthday party. However, Babita enters the scene and harshly taunts and scolds Meet Hooda for making Ahlawat overexert when he is injured and unwell. Meet Ahlawat stands up for his wife, explaining to his mother that he was the one who threw her a surprise party. He confronts his family members on the way they have treated and perceived Meet H. Finally, Babita understands her son’s point of view and accepts Meet as her daughter-in-law.

Masoom finds out that Manushi is at Meet’s house. She blackmails Meet Hooda, threatening to reveal this information to the rest of the family if she doesn’t divorce her husband. Meet acts aloof with Meet Ahlawat. Meet Ahlawat misses her and demands an answer from her for avoiding him. Later, Meet throws the divorce papers into a bonfire, and tells Masoom that she won’t divorce her husband. She apologises to Meet Ahlawat for not taking care of him without revealing the real reason, and she is forgiven. Meet Ahlawat is drugged, and he confesses his love to Meet Hooda, imagining her to be Manushi. Though Meet is broken by this, she dresses up as Manushi in an attempt to get him out of his drunken state, so that he can attend an important business meeting that he has been working towards for years.

Her plan works, and he is able to attend his meeting and performs well. Meet Ahlawat initially believes that it was Deep who had helped him out, but Deep clarifies and says that it was Meet Hooda who had helped him fulfill his dream. Meet earnestly apologises to his wife, regretful of all of the pain she had to go through and in awe of how much she cares of him despite all of the hatred and negativity around her. He wishes to start a new life with her.

At Meet Hooda’s house, however, Manushi has convinced her mother and grandmother for her and Parth (actually Kunal) to get married by acting like she is pregnant. Masoom brings Babita, Ragini and Meet Hooda to Hooda’s house on the pretext of giving Meet a surprise. In the midst of this, Meet’s grandmother finally accepts her as her granddaughter, finally seeing her for the good person she is and seeing Manushi’s real evil side. Meet Ahlawat comes to the Hooda house worried, revealing that the police had come to the Ahlawat house with the news that the goons that had beat him up were out of jail. He comes so that Meet can go back home under his protection. Masoom stops them from leaving, revealing that Manushi is at home with the hope that Meet leaves his wife. However, Meet takes his wife’s side, citing that if she had taken a decision to keep this secret, then she would have done it only for everyone’s happiness.

Kunal wants to steal Manushi’s jewellery, going as far as pretending to get kidnapped and demanding the jewellery as ransom, but his plans fail. Meet Hooda studies in the middle of the night in the kitchen so as not to disturb anybody. Isha acts strange around the family. It is soon revealed that she is being blackmailed by a few boys, who took photos of her in compromising positions after drugging her. The combination of the above two situations causes Meet Ahlawat to be convinced that Meet Hooda has fallen in love with another man, and decides to support her, even though he is clearly hurt. Meet Hooda finds out about Isha’s situation and goes with her to get the photos deleted and the boys arrested. Meet Ahlawat comes and both of them beat up the boys together. Meet Ahlawat’s misunderstanding is finally cleared.

The Ahlawats decide to send Meet and Meet for their honeymoon in a luxurious resort in Rajasthan. Manushi finally finds out Kunal’s true nature and intentions, who runs away with her jewellery and she and vows to get back Meet Ahlawat after seeing their lavish lifestyle. Manushi tries to sabotage Meet and Meet’s relationship during the honeymoon, but all her efforts go in vain. Though Meet Ahlawat is initially shaken when he sees Manushi, with Meet’s constant support and trust, he is able to control himself more. Meet and Meet become closer through this trip and their relationship becomes stronger.

Meet Hooda helps a bearded man known as ‘Bhula Baba’, who is soon revealed to be Tejvardhan Ahlawat, Meet Ahlawat’s older brother who has been missing for 3 years. He suffers from memory loss and does not remember anything. However, he shows recognition with names like Meet and Sunaina (his wife). He starts to consider Meet Hooda as his friend. A day before leaving from Rajasthan, Meet Ahlawat sees photographs with Bhula Baba in them and recognizes Tej. Tej and Meet Ahlawat reunite. However, back in Chandigarh, Rajvardhan forces Sunaina to remarry as he doesn’t want her to spend her whole life waiting for someone who might not ever come back. By the time Meet tells Rajvardhan about finding Tej, Sunaina’s marriage with Ravi has already happened.

Rajvardhan informs the rest of the family members that Meet and Meet are returning from Chandigarh with Tej. They all wait eagerly for them to arrive. However, when they come, Meet reveals that they lost Tej in the market. Babita blames Meet Hooda for being careless. Manushi brings back Tej Ahlawat as a part of her plan to return to Meet Ahlawat’s life, it was she who had caused them to separate from Tej in market. Manushi is allowed to stay at the Ahlawat house for a day in gratitude for bringing back Tej. However, she plans to stay there till she has gotten back Meet Ahlawat.

So she harasses Tej Ahlawat, who injures her in defence. Meet Hooda, not aware of her sister’s evil intentions, requests Meet Ahlawat to let Manushi stay in the house till she recovers. Anubha finds out that Manushi is at the Ahlawat house, and becomes extremely mad, and drags her out of the house. Manushi pretends to attempt suicide by drinking bleach. This allows her to stay for longer as the doctor mentions that she should not be stressed. Manushi attempts to get closer to Meet Ahlawat, and he is shaken and confused.

Meet and Meet then meet Inspector Hawa Singh. It is revealed that Ashok Hooda was murdered and Hawa Singh was involved. Meet decides to join the police and vows to punish her father’s killer. It is also disclosed that Ram Ahlawat and Abhay Rana are also involved. Meet goes for a nine month police training.

Meet is finally a police officer and is designated as a sub inspector. On returning she learns that Isha’s alliance has been fixed with Shantanu Rana (Shanty). Meet does not support this and tries Isha to get married with Deep as they love each other. However, Meet Ahlawat and his family hate Deep for cheating on them- which he hasn’t in reality. Meet also repeatedly tries to convince the family about Shanty being a wicked man but all proofs turn against her.

On the wedding day Meet proves the truth to Meet Ahlawat and his father but could not stop Isha’s marriage with Shanty.

Meet finds a recording of Ashok hooda’s murder but cannot see the killer. When she enquires about it, Rajwardhan Ahlawat changes the killer’s face to his and takes the crime on himself to save his brother, Ram Ahlawat. Meet Ahlawat gets shattered on hearing his father’s confession. Meet Ahlawat hides the recording showing his father a criminal. Meet and Meet Ahlawat consummate their marriage. 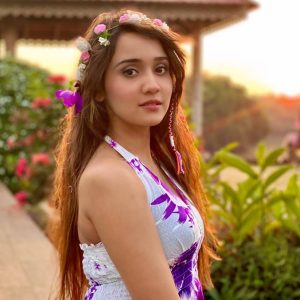 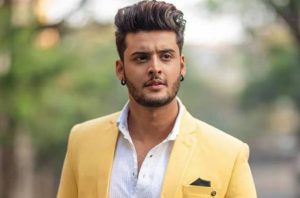