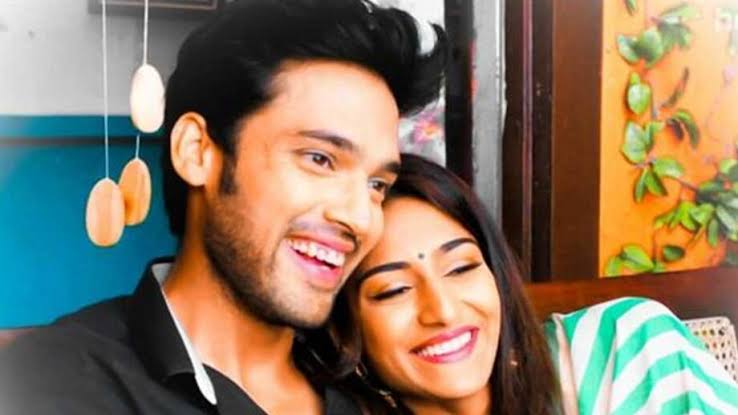 Made for each other December teasers 2020:Anurag and Prerna reunite at the temple while a major disaster strikes at the Basu mansion. Nonetheless, all ends well for Anurag and Prerna.

Made for each other December teasers 2020.

While Kukki learns about Kaushik’s feelings for her, Moloy attempts to uncover Komolika’s intentions. Elsewhere, Anurag offers to help Prerna when she is wounded.

Prerna criticises Anurag for pretending to care about her. However, he pours his heart out to her and apologises for his wrongdoings.

Kukki is irked when Anushka flirts with Kaushik while Anurag and Prerna engage in a tiff. Trapped together in a room, Prerna vents her frustrations on Anurag.

While Komolika puts forth an ultimatum before Prerna, Anurag notices Samidha in tears and helps her. Later, Komolika and Anurag get into a heated exchange.

Prerna sees her photograph on a leading magazine cover while Komolika tries to seduce Anurag. Later, Komolika is startled as Prerna agrees to sign the papers.

After striking the deal, Prerna threatens Komolika for ensuring the safety of the orphanage. On the other hand, Anurag and Mr. Bajaj get into a heated argument.

Anurag is in a state of panic when the brakes of his car fail while Priyanka’s sister makes a startling discovery. Later, Komolika revels in her success.

After a talk with Nivedita, Kaushik decides to tell Kukki the truth. While Prerna makes a startling discovery, Anurag suspects Nivedita and Komolika.

Prerna and Samidha enjoy their time together. While Mr. Bajaj notices Kaushik and Kukki together, Komolika is thrilled upon getting some vital information.

Kaushik decides to break into the college with some help to clear Kukki’s name. Later, Anurag’s family is stunned when he shows love and care towards Komolika.

Komolika is baffled after learning that Sneha is alive while Kukki decides to share her feelings for Kaushik with Prerna. Meanwhile, Anurag confronts Nivedita.

Kukki confesses her feelings for Kaushik to Prerna. While Nivedita receives Anupam’s phone call, Kaushik lands in severe trouble in his college.

The Basus and the Bajajs are shocked to learn about Kaushik’s daring act to prove Kukki’s innocence. Later, Anurag slaps Kaushik in the principal’s cabin.

Anurag stands in support of Kukki and appeals for Kaushik’s rustication. Later, he is baffled when Prerna tells him about Kaushik and Kukki being madly in love.

After being confronted by Anurag, Komolika spills the beans about Bajaj City project. On the other hand, Mr. Bajaj learns about the reason behind Prerna’s actions.

Prerna informs Anurag about the money he owes because of Mr. Bajaj’s sneaky plan. Elsewhere, Priyanka learns about Komolika’s secret.

Kaushik has Kukki admitted to the hospital when she falls unconscious. Later, the doctor reveals some disturbing news about Kukki’s health condition.

While Anurag apologises to Prerna for letting her suffer alone, Kaushik is left hurt by Kukki’s lie. Later, Prerna is dumbstruck upon learning a shocking fact.

Prerna threatens to cut Chandrika’s finger if she doesn’t reveal the truth. Meanwhile, Shivani and Anushka advise Kukki, Mohini and Nivedita get some shocking news.

Anurag gets emotional after Prerna tells him the truth about Samidha. While Kukki confesses her love to Kaushik, Komolika plans to do the unthinkable.

Anurag sets off to save Prerna after leaning about Komolika’s plan. While Mohini overhears a shocking detail, Anurag decides to confess the truth to Prerna.

An emotional Anurag presents Prerna with evidence of Komolika’s devious act. Later, he gets injured while fighting the goons at the temple.

Starlife: Not Without My Family teasers May 2019

Not Without my Family teasers February 2019