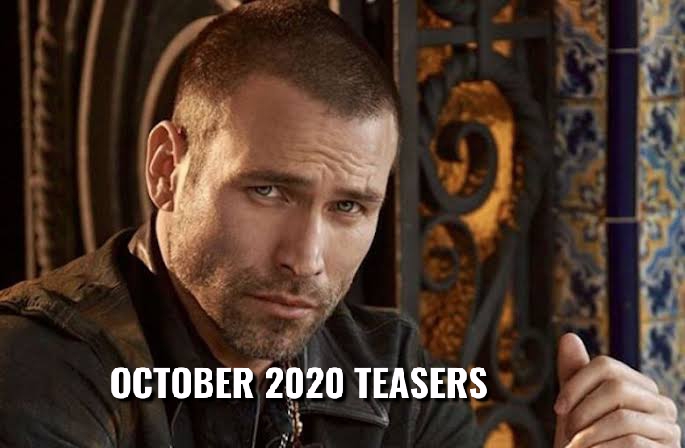 Lord of the skies season 7 returns this October on telemundo with more action and drama about Aurelio’s escapades. Catch all teasers for the new season below:

Amado threatens to kill Volpi if he messes with Nikos and his family. Meanwhile, Alba asks Diana to turn herself in to the authorities.

Rutila tells Luzma that she is in danger, but Luzma refuses to accept protection. Amado confesses to Diana that he gave Irene a bachelorette party.

Athina and Nikos are nervous about Amado’s decision. Amber and Joe fail to reach an agreement. Berenice makes a confession to Evelina and Violeta.

Alba warns Esther that it’s a mistake for Berenice to get involved with Jaime. Corina visits Columbus, while Nikos begs Amado not to kill Volpi.

Chema manages to escape from Cabo. Alba and Diana argue, while Edith negotiates with Ambar. Amado receives the news that Luzma disappeared.

Amado and Rutila argue about Luzma’s kidnapping. Meanwhile, Super Javi puts Ishmael in his place, telling him to have some respect for Rutila.

Diana informs the family that they’ve located Cabo. Volpi decides to move to Mexico. Navarro investigates the deaths of the agents in Switzerland.

Rutila and Amado leave in search of Luzma. The police show up during Diana’s operation. Cabo is critically wounded and taken to a hospital.

Isturiz discovers Alejandra stealing money. Meanwhile, there is a confrontation in the hospital between the Colombians and the police.

Rita confronts Fidencio about his intention to kill her. Navarro sets Ambar a trap. Amado reconciles with Diana, but she is hesitant to be with him.

Luzma tells her grandmother that she felt excluded from the family. Esther recognises Cabo’s men next to Pío and alerts Castillo.

Esther is puzzled to find a drug shipment hidden by Diana in a warehouse. Volpi tells Cabo that he will continue to do business with Chema.

Amado’s fight with Chema is over. Alba baffles her grandchildren when she informs them that she bought a ranch and will not tell them where it is.

Joaquin finds out that his offices were raided. Uscátegui asks Castillo for help. Corina tells Columbus she is falling in love with him.

Volpi learns that the ship carrying the Fentanyl was intercepted and diverted to Panama. Alba says goodbye to her grandchildren.

Some soldiers arrive and start asking about Rita, and Fidencio deals with them. Pío asks Jaime to kill his mother-in-law.

Joaquin and Violeta argue about Pío, while Istúriz confesses to Luzma that he is interested in her, unaware that Alejandra is spying on them.

Joaquín offers Pío a different and effective way to launder money in exchange for his freedom. Diana says goodbye to Esther.

Corina investigates Ojeda’s past. Berenice and Jaime are kidnapped by Pío and his people. Meanwhile, Amado interrogates Athina.

Luzma gets carried away at the party and kisses Izstúriz. Meanwhile, Navarro warns Amber that she will be arrested if she does not hand over Chema.

Diana cannot cope with the news that her mother was executed. Athina asks Rojo for her gun when she sees Volpi coming out of a gallery.

Ojeda shows Volpi the house where they will build the first laboratory, while Navarro agrees to ally with Amado. Alejandra finds Athina’s diamonds.

Navarro and Castillo interrogate Jaime. When Chatarrero discovers Alejandra selling Athina’s diamonds, she tells him they were a gift from her father.

Javier is furious to discover that Chatarrero spent the night with Alejandra. Chema and his people learn that the government has them under siege.

Chema and his men try to escape through the drain tunnel, but Navarro and Castillo stop them. The Casillas think Evelina will lead them to Cabo.

Amarantha declares war on Navarro and insists that Chema will be tried in Mexico. The Casillas discover that Volpi’s house is a laboratory.

Amarantha and Navarro negotiate the case of Chema and come to an agreement. Amado embarks on his plan to destroy Volpi’s laboratory.

Samario escapes and Ishmael goes after him. Fidencio manages to negotiate his release with Valdés with the order to eliminate Rita and Uzcátegui.

On the other side of the wall telemundo: See full casts,...