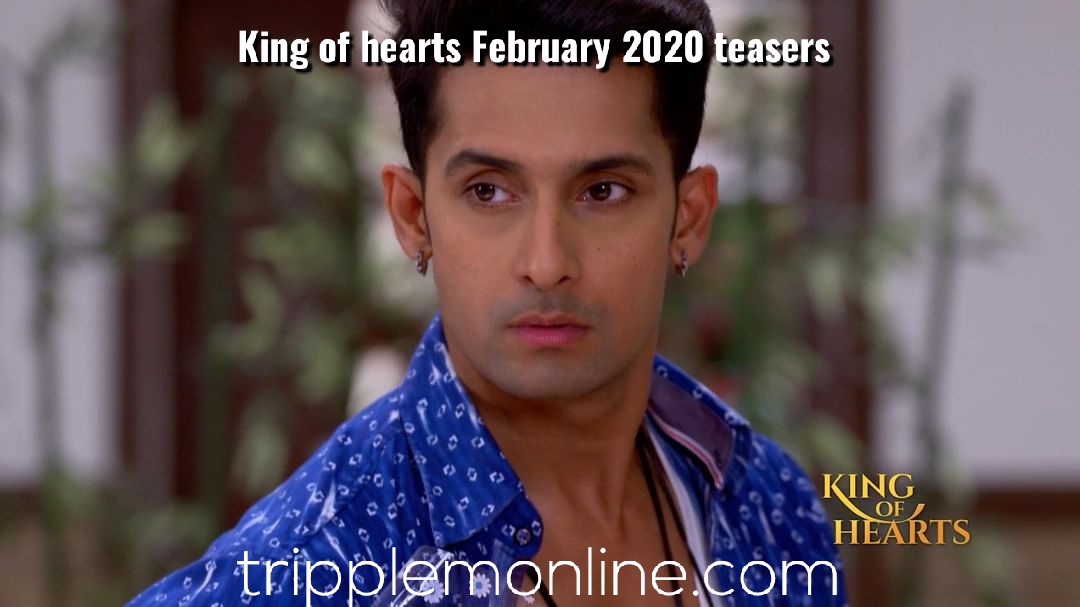 Satya learns the truth of his past and tries to take the reins of his father’s company but he has different enemies to fight at each level.

It seems that Dhruv has become a family favourite and Kajal is set off to be married to him. However, Satya doesn’t trust him. At Dhruv’s hotel room, Satya almost learns the truth, but he may learn of another truth too heavy to handle.

As Satya struggles with the new truths of his past, he becomes determined to learn the story behind what happened to his parents. Back at the Sengupta house, things get complicated when Dhruv begins to look at Mahi in a different way.

Dhruv’s obsession with Mahi starts to overwhelm him and he cannot control himself towards her. It seems that Satya is the only one who notices this and he ends up embarrassing himself in front of everyone trying to expose him.

As Satya struggles with the new truths of his past, he becomes determined to learn the story behind what happened to his parents. Back at the Sengupta house, things get complicated when Dhruv begins to look at Mahi in a different way.

Dhruv’s obsession with Mahi starts to overwhelm him and he cannot control himself towards her. It seems that Satya is the only one who notices this and he ends up embarrassing himself in front of everyone trying to expose him.

It looks as if Gangu cannot control her emotions towards what Dhruv was trying to do with Mahi. With no one around to stop her and with a loaded gun in her hands, could Gangu end up killing her own son?

Gangu ends up doing the unthinkable and winds up in a huge amount of trouble. Satya is convinced that he can get her out of her situation. However, his true enemy keeps on pulling strings as he tries to uncover the truth about Dhruv

Satya gets extremely close to finding out the truth and exposing Payal. Payal becomes even more ruthless and puts Mahi’s life on the line to get her way. Feeling he has no other choice, Satya may have to end one life to save another…

Satya is left at a crossroad about which life he will take for the sake of love. With Mr Khan threatening to kill Mahi and Payal keeping Kritika away from Satya, can he win? Or will Payal succeed in keeping Satya’s past hidden forever?

Satya has finally learned the truth of who he really is. But just when he thinks that he has defeated all his enemies and can relax another interesting Aunt arrives. It may be that Satya has met his match, in a women from his own house…

Determined as ever, Satya sets up Anupama to try and get the truth behind who she is working for. However, she plays him at his own game as she also sets him up to try and tarnish his name among members of the Khurana household.

After being humiliated by his father’s friends, Satya has one more chance to show everyone how competent a son he is. Once again though, Anupama gets in the way by using Kareena to make a scene in front of everyone

Things get complicated for Satya when Kareena gets affectionate with her “husband”. Mahi is finding it very difficult to control herself when she sees Satya with Kareena. It gets worse when Satya enters a competition with Kareen.

Kareena can see that Satya only has eyes for Mahi, so she decides to make a scene by exposing him in front of the neighbourhood women. This results in something that unexpectantly causes Mahi to lose her sanity.

Kareena isn’t fooled by Mahi’s act so she decides to set her up. She uses Anupama to carry out her plans which involve quite interesting people. Will Kareena be able to prove that Mahi is only pretending to be crazy?

Kareena is done with acting, after kidnapping Mahi she begins to show Satya and the rest of the family what her intentions have been from the beginning. She’s out for revenge and with Mahi’s life at risk what can Satya do to stop her?

Satya feels hopeless as every effort he makes to find Mahi has ended in failure. As the marriage gets closer Satya becomes heavily anxious as to what to do. Raj knows the truth, but how will he be able to tell Satya in his condition?

After the accident, Mahi seems to be in critical condition. Will she make it through ok? It’s still not over with Kareena as she approaches Satya and the family with news that nobody could be ready for.

It seems that the news of Kareena’s baby has turned Satya into a different person, so different that Mahi doesn’t know what he is thinking anymore. However, Satya has come up with a brilliant plan that may fool Kareena for good.

Satya’s plan is working well against Kareena as she is starting to think about leaving the house. Satya isn’t satisfied however, he steps up the act by getting more of the family involved. Family that no one would think would help him.

Just when Satya and the family thought they could relax, Kareena returns. Fuelled by the rage of knowing that she was deceived, Kareena goes after Satya’s family members one by one. This time, she’s not playing around.

Satya and Mahi are finally at peace and can enjoy time together. With a baby on the way, Satya becomes fully involved in trying to prepare himself as a parent. But with Kareena still intent on revenge, he may have to plan for much more.

How much longer can Mahi hide the truth from Satya? How much longer will Kareena try ruin the Khurana’s lives? With the pressure mounting against everyone, has the time finally come for the score to be settled between Kareena and Satya?

This is fate October 2021 teasers

Lies of the heart August 2020 teasers