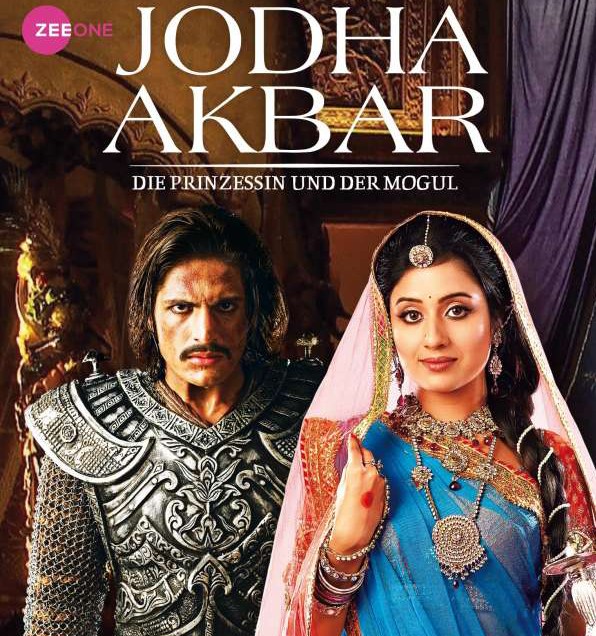 Jodha Akbar Zee World is an epic drama, a sixteenth-century story of a political marriage of convenience between a Mughal emperor Akbar and a Rajput princess Jodha Bai. The show focuses on how their political marriage brings love between them to an extent that it changes the fate of India.

Jodha Akbar Zee world Full story: Jodha, the daughter of King Bharmal of Amer, is betrothed to Rajkumar Ratan Singh and her dowry was her father’s crown, which will pass to the Rajput king, after his death. Through this arrangement, Bharmal’s nephew Sujamal, who is deprived of his rightful throne, angrily leaves the kingdom to join rebels. When the Mughal empire plans to attack Amer, King Bharmal reluctantly makes a peace offering, proposing to strengthen relations by his daughter’s marriage to the emperor himself to avoid war.

The series follows how the marriage policy brings love between Jodha Bai and Akbar in a measure which has changed the destiny of India. this drama period also describes the wars of this time, as well as the relations between the Mughals and Rajputs. drama focuses also on the operating Queens, courts, of courtesans, of ministers and their influence on the love story Akbar and jodha Bai.

We also learn how the Emperor Mughal Jalaluddin acquires the title Akbar with the people. He inherited the name Jallaludin Mohommad (Akbar) from his father, the Empire Mughal of humayan at the age 13 years after his death which had been almost like a murderer qualified by bairam Khan, the Supreme commander of his father.

hard uncomfortable, hard and heartless – and extolling of each of these facets of his personality, Akbar had learnt  to expand his Empire  at the cost of the lives of others – at the cost of emotions – cost of love – the word he has never been familiar.

while jodha, the daughter of Raja bharmal, the King Rajput  (one of the richest kingdoms of the Kingdom Rajput of his time) is an opposite, each of these emotions – she appreciates even the lives of birds and bees of his Kingdom – she hated only that of Mughal. she felt invade his country and wanted to the oust of rajputana with their Emperor jallaluddin, she hated him with all her heart. at the time of his marriage with jodha, the fierce Princess Rajput, Akbar knew everything to extend his Empire rajputana.

However over time, the Emperor and Princess fell crazy in love one another. they both fight against winds and tides so that their relationship stabilizes. but it’s no counting on the first wife jealous Akbar, the Queen rukaya, which attempts in vain to sticks in the wheels of hatred between his second wife. force to be ignored constantly, here it develops a umpteenth strategy for this time will take care of one of the Twins unborn of jodha.

promise that he has made her husband time where it came to be newly married, gives this opportunity-there. gold, what she knew, it’s that the destiny the punirait for its actions. a series of events at the Palace is so that jodha lose successively its two children, the general dam of the evil Queen. it, welcoming despite all the fact that the incident has lost confidence that jalhal was jodha, ends up being witnessed a new birth of his rival.

the baby in question, Salim, growing soon, and becomes the son of his mother and son of his step-mother, because of the same promise. with opium, rukaya manipulates Salim and does return temporarily against his parents to throw the blame on jodha. years later, the future Emperor grows yet, but this time away from his parents because of a misunderstanding. return at the Palace, jodha and jalhal the welcomes with smile.

the welcoming are magnificent and only rukaya doesn’t seem there please. the next few days, Salim falls in love with a girl named anarchali which is not other than his old enemy childhood, nadira. jodha, by another misunderstanding, the confuses to his niece it gives marriage to his son. the time to discover the truth, the dice are Unfortunately played and Salim decides to take anarchali for wife, but second wedding.

few scenes spiritual are shown in the series when jalhal, by his omnipotence, dare to compare to God. others are views when a witch take possession of the body of jodha to control the Empire as Queen mother. but each situation, the couple has always been able to s’en out. love mutual jodha and jalhal continues to solidify. jodha, to take care, decides to trade external pepper. a group of English are coming on behalf of the Queen of England, hard to understand the about the Queen and s’irrite soon on the Empire. with complicity of the second son Akbar, born Queen’s Salima, they are up to the throne and séquestrent jalhal.

Fortunately, the son goes quickly account of his error, and will save his father with her stepmother. it’s as well as all enters the order and Salim regains title of Crown Prince. as for rukaya, all shenanigans proved to against the Queen jodha. the latter him assigns, under the order Akbar, punishment other than the exile, which is understand the evil Queen that his rival has always been nice with her and that instead, it does he has rendered as hatred. to make forgive her error, rukaya offers sign of truce a big gold coin to jodha, thus end conflict.

Jodha Akbar is an epic love story like never before told. Zee World audience should get ready to take a trip down to the sixteenth century. The series is produced by Ekta Kapoor under her brand name Balaji Telefilms. Ekta is known for successful series as This is fate and Twist of fate.

Other information on Johda Akbar